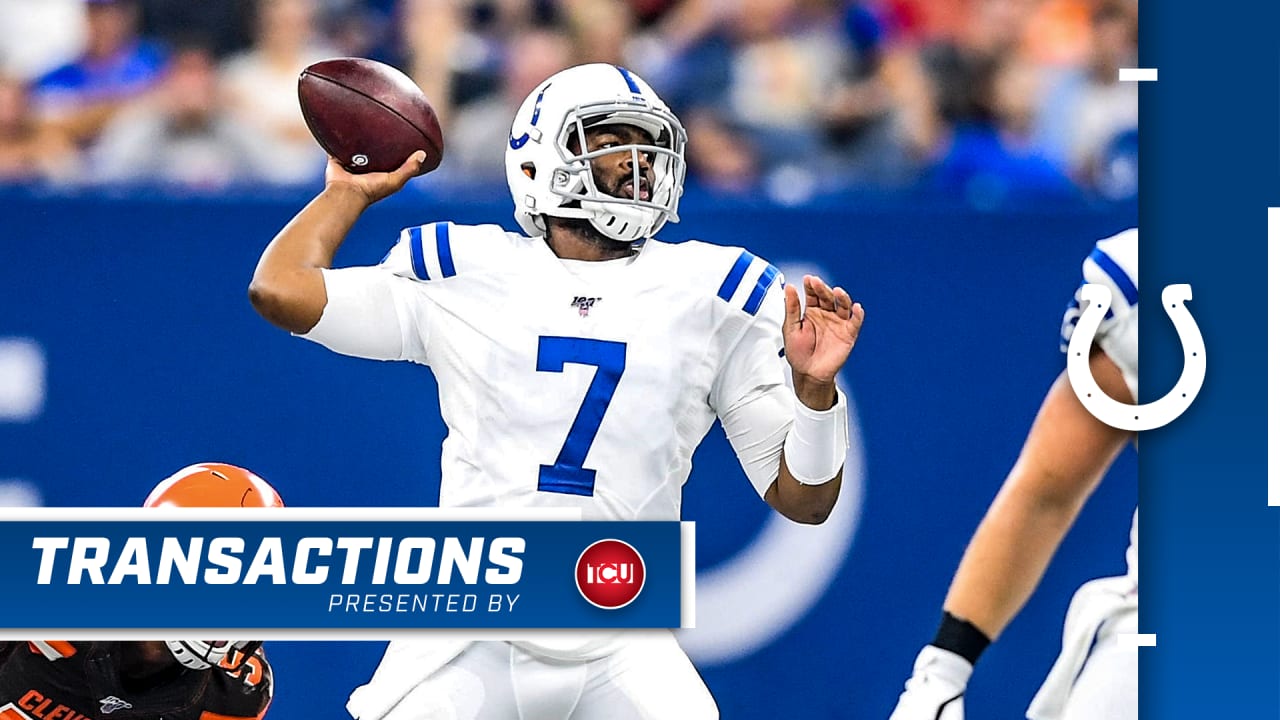 INDIANAPOLIS — Jacoby Brissett might officially be the new man under center for the Indianapolis Colts, but he’s found a way to make a clear impact on the team since his arrival two years ago.

Whether immediately stepping in as an emergency starter in 2017, contributing as a trusted backup last year or taking over the starters’ reps since the start of the offseason program through this preseason, Brissett has been a key leader every step of the way.

And now that he’s the clear QB1 in Indianapolis, the Colts wanted to make sure to both reward Brissett for his prior contributions as well as make the investment needed to get him back under contract for at least another season.

The Colts today announced they’ve signed Brissett to an extension that will reportedly keep him in Indianapolis through the 2020 season.

Brissett, who turns 27 in December, originally entered the league in 2016 as a third-round selection by the New England Patriots, where he would get the chance to develop under Tom Brady and backup Jimmy Garoppolo.

But a suspension to Brady and an injury to Garoppolo would propel Brissett into a starting role for a three-game stretch early in his rookie season, and the North Carolina State product would impress, completing 34-of-55 passes for 400 yards and also running for 83 yards and a touchdown, leading New England to wins in two out of three games before suffering a thumb injury and being placed on injured reserve.

Then, just prior to the start of the 2017 season, with a need a quarterback with starter Andrew Luck recovering from offseason shoulder surgery, the Colts acquired Brissett in a trade that sent wide receiver Phillip Dorsett, a former first-round pick, to New England.

In the second half of the Colts’ 2017 Week 1 matchup against the Los Angeles Rams, Brissett was called into action at quarterback, despite the fact he had participated in just three practices with the team to that point. His first completion was a 50-yard bomb to wide receiver Donte Moncrief, and Brissett wouldn’t leave the field the rest of the season.

Learning the playbook as he went, Brissett in 2017 started 15-of-16 games for the Colts, completing 276-of-469 passes for 3,098 yards with 13 touchdowns to seven interceptions, while also running the ball 63 times for 260 yards and four scores. His four rushing touchdowns were tied for the second most in franchise history by a quarterback in a single year.

Luck returned to the lineup in 2018, earning league Comeback Player of the Year honors and leading the Colts to their first playoff berth in four years. But Brissett was there every step of the way, blossoming as a team leader on and off the field and providing head coach Frank Reich with a quality backup at the quarterback position.

When Luck aggravated a calf injury earlier this offseason, Brissett stepped in once again with the No. 1 offense, and since that time has logged more than 1,200 snaps over the course of OTAs, minicamp and training camp according to Reich.

With Luck announcing his sudden retirement from the NFL on Aug. 25, the Colts immediately handed over the keys of the offense to Brissett, fully confident in his ability to lead the team with the start of the 2019 season right around the corner.

“Jacoby Brissett is a winning football player in this league, and he is … a rare, rare, leader. He is,” Ballard said. “He is a rare human being, man. That locker room loves Jacoby Brissett. They love him. I think you saw it last year when as we went through the season – just a special guy man and I’m excited to watch him play.”