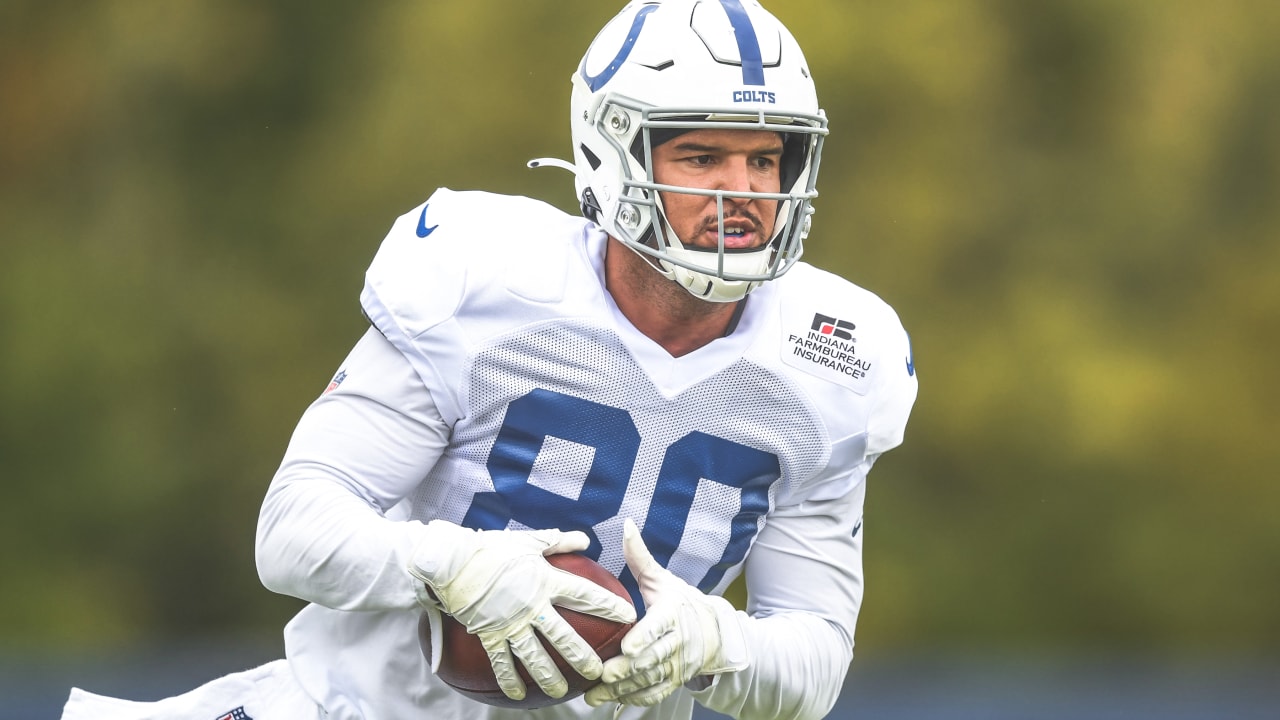 Burton, 28, signed with the Colts this offseason, reuniting him with Reich, his offensive coordinator with the Philadelphia Eagles in 2016 and 2017.

Burton then signed a free agent deal with the Bears in 2018 and had a career year, catching 54 passes for 569 yards and six touchdowns in 16 games played, but last year would battle his way through various injuries, playing just eight games total and finishing with 14 receptions for 84 yards.

Reich knows Burton — who returned to practice on Wednesday and was officially moved back to the active roster on Saturday — is champing at the bit to make a few big plays against his former team today.

“Yeah, we talked about that already this week, and sure, there’s a little bit more juice for that reason,” Reich said of Burton. “We talked about this week managing your emotions, just playing it play by play and don’t get too hyped — just go out and play the way you play. I think that’s what Trey will do. He’s a pretty mature guy and he’ll have a good perspective, and he has all the motivation just to want to be accountable to make the plays for his team to win.”

Burton will be a welcomed addition to a Colts offense that has already lost starting running back Marlon Mack for the season (Achilles), while two key wide receivers — Parris Campbell (knee) and Michael Pittman Jr. (calf) — are both on IR and out indefinitely.

Mo Alie-Cox has led the way for the Colts at tight end the first three games of the season, as he’s compiled 10 receptions for 181 yards and a touchdown. Indy also, of course, has two-time Pro Bowler Jack Doyle at the tight end position; Doyle last week returned to action after missing the Week 2 contest against the Minnesota Vikings with knee and ankle injuries.