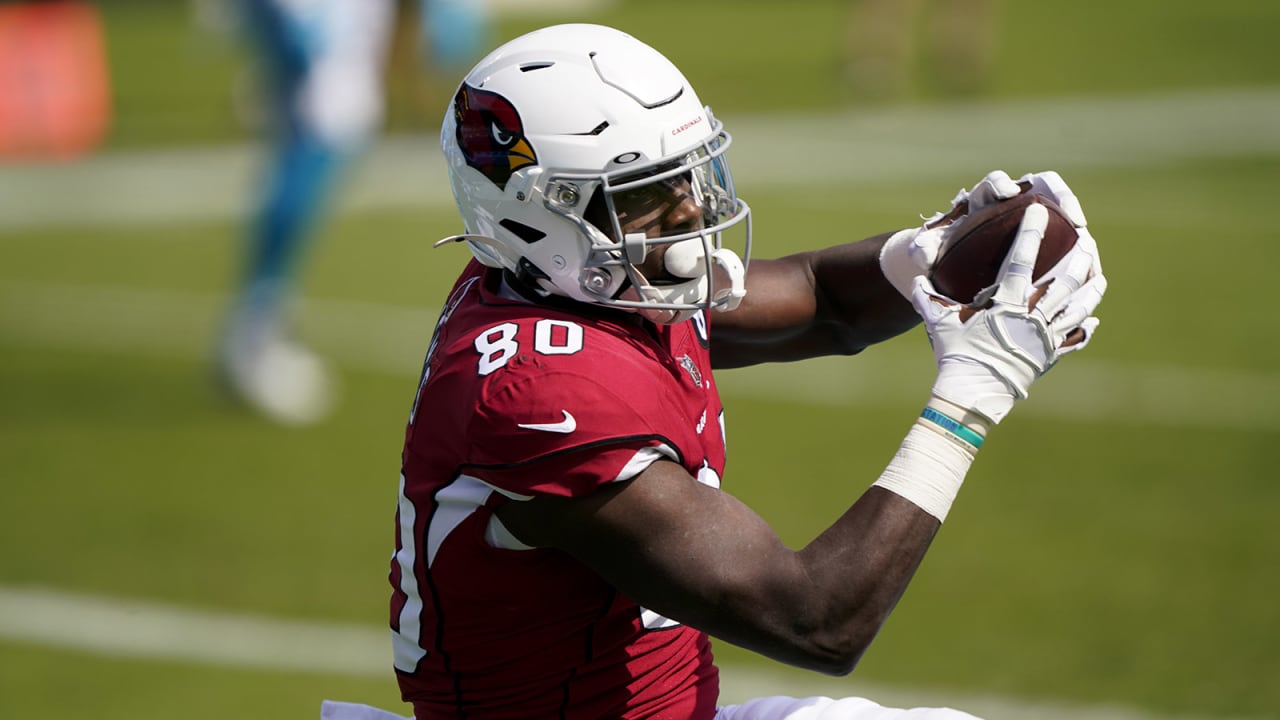 The potential battle of young quarterbacks Sunday was scotched after the Jets ruled the No. 3 overall 2018 pick, quarterback Sam Darnold, out because of a shoulder injury. Veteran Joe Flacco will start in his place.

“He knows our playbook well,” Gase said of Flacco. Gase had told New York reporters earlier in the day it wasn’t worth risking Darnold’s future to play through the injury suffered last Thursday against the Broncos.

Flacco has two career starts against the Cardinals when he was with the Ravens, beating the Cards in Baltimore in 2011 but losing to the Cards at State Farm Stadium in 2015.

Wide receiver DeAndre Hopkins didn’t practice Wednesday as is his pattern, but he is no longer listed with an ankle injury and said even last week – when he didn’t practice at all — he never doubted that he’d be on the field in Carolina.

“I don’t miss games, unless I have one leg or something,” Hopkins said.

Besides Darnold, missing practice for the Jets were tackle Mekhi Becton (shoulder), cornerback Bless Austin (calf), linebacker Jordan Jenkins (shoulder/calf) and wide receiver Breshad Perriman (ankle). The Jets did activate running back Le’Veon Bell from IR, he practiced, and the Jets could in theory bring him back to play Sunday.

Hopkins and former Texans GM/coach Bill O’Brien will be forever intertwined not only because the two spent so much time together in Houston but also because O’Brien traded away the three-time All-Pro amid reports that he and Hopkins had disagreement on a number of subjects.

But after O’Brien was fired Tuesday, Hopkins on Wednesday took the high road.

“Of course I saw it,” Hopkins said. “It was all over the internet, a lot of memes and stuff with me in it and my name, but I wish bad on no one. … Hopefully he can have success somewhere else.”

RILEY BACK ON PRACTICE SQUAD

Tags: he hopkins was