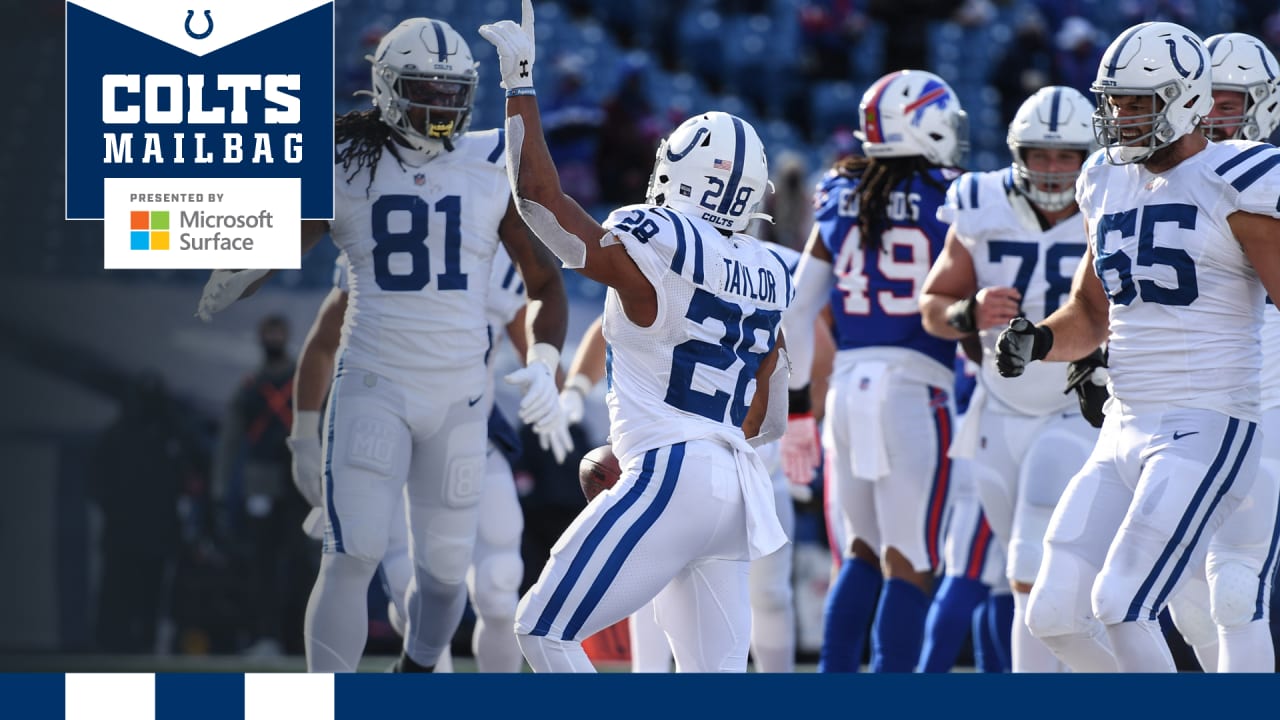 Sam Bennett, Carmel, Ind.: What second-year player on the roster is going to make the biggest leap?

JJ Stankevitz: In last week’s mailbag, I took a quick look at the recent history of wide receivers making a significant leap in production from their rookie to second seasons, keeping in mind Michael Pittman Jr. there.

And the Colts have plenty of other players who can make Year 2 leaps. But I want to focus on a guy who you may not expect: Jonathan Taylor.

You might be thinking: Wait, didn’t Taylor finish third in the NFL with 1,169 rushing yards? And you’re saying he can make a Year 2 leap?

Look at what Taylor did over his final six games: 110 carries, 741 yards, eight total TDs. That’s good for an average of 6.2 yards per carry.

Taylor returns to a loaded Colts backfield in 2021 between himself, Marlon Mack, Nyheim Hines and Jordan Wilkins – giving running backs coach Scottie Montgomery a lot of talent to balance. But if Taylor can carry over his strong finish to 2020 into 2021, he can absolutely be among the Colts’ second-year players to make a leap.

Joe Toly, Wheaton, Ill.: I have heard that this draft class is really deep at the offensive tackle position. Many say that edge rusher is the priority for the draft, but really, when you look at certain QB moves, it is obvious that the priority is left tackle even with the depth pieces that may be acquired in free agency. What do you think are the chances that Ballard trades back from #21, despite the need for a left tackle, knowing how many well-fitting prospects there are? And if we drafted one would it be a plug-in immediately or would he be behind someone?

JJ Stankevitz: I don’t think anything is obvious when it comes to the Colts’ plans, first of all. But re: the tackle depth this year, Pro Football Focus rated it as the second strongest group in the 2021 NFL Draft (behind quarterback), with Michael Renner writing this:

“As things stand, PFF has a first-round grade on seven offensive tackles and Day 2 grades on six more. That’s a LOADED class. While last year’s group was top-heavy, this year’s has serious depth. There’s a chance you’ll be able to find immediate starters leaking into the second round, which is something that rarely happens at the position.”

Every player who’s drafted has to compete to play their rookie year, of course. We’ll see how things shake out in a few weeks.

Devan Ward, Franklin, Ind.: Do you see us trading back for 21, what team do you think is most likely to do so and how many picks would we get if we do so?

JJ Stankevitz: Here are some recent trades in the vicinity of the Colts’ 2021 selection that could give us a rough glance at what a track back may look like:

CR91, Colts.com Forums: Turay vs. Campbell – Talk about the worse luck as a young player. You see promise and yet injuries have deter their careers thus far. Imo with the way the roster currently is, both players need to not only stay healthy, but become major contributors for the success of this upcoming season. Unfortunately, that is not likely if we’re looking at past history so who do you see actually becoming a force this year?

JJ Stankevitz: Don’t count these guys out, first of all.

I’ll start with Turay – as recently as last December, defensive coordinator Matt Eberflus said he was still “getting more comfortable with where he is with his body” following the dislocated and fractured ankle he suffered in October 2019.

Turay was activated from the Reserve/Physically Unable to Perform list in mid-November of 2020 and appeared in seven games. Remember, recovering from a major injury is not an easy or simple process. If he comes back at full strength in 2021, he could absolutely be a pass rushing factor.

As for Campbell, he’s had similarly awful injury luck. He had six catches for 17 yards in Week 1 of the 2020 season, then suffered a season-ending knee injury in Week 2. And this came after Campbell missed time with a number of injuries during his rookie season.

So all told, Campbell enters Year 3 in the NFL with 24 catches for 198 yards — but just nine games under his belt. Like Turay, if he’s healthy, he can be an intriguing piece in this offense. It was only two years ago that he ran a 4.31 40-yard dash at the NFL combine, after all.