A year ago in the Cowboys’ preseason opener inside Levi’s Stadium, Frederick took his only 10 snaps of the 2018 season. His hands and feet were numb and he had no idea why. During this past Saturday’s preseason game against the San Francisco 49ers, the effects of Guillain-Barré syndrome (GBS), an autoimmune disease that tore through Frederick’s nervous system, were gone.

“There was some thought there, but again, my goal of the whole thing is to try to make it as normal as possible and get it back to normal,” Frederick said. “So for me, having a normal opportunity to go back out there, play that normal amount, nine plays, one series whatever it was, that was good. That was exactly what I wanted and needed emotionally, mentally and physically.”

Frederick had shoulder surgery and had a sports hernia repaired this offseason. That, more than the GBS, kept him off the field in the Cowboys’ 2019 organized team activities and minicamp.

When the Cowboys arrived in Oxnard, California, for training camp this summer, Frederick was eased into the work, staying out of one-on-one pass rush drills until last week.

“He looks great. He’s sharp,” Pro Bowl right guard Zack Martin said. “Everyone knows how smart he is as a player, but physically he looks great.”

The nine snaps against the Niners was just a start.

“It’s sort of a reuniting feeling with the guys,” Frederick said. “When you’re injured or you’re out, you kind of get separated. That’s not on purpose, but it is just what it is. This was an opportunity to kind of rejoin that fraternity. And then personally just getting a chance to prove myself that I can do it, and that I can still play at a high level and be able to contribute this season. I think it was a good step for me.”

Frederick should play more and more in the next two preseason games. Soon, he will think about the Sept. 8 regular-season opener against the New York Giants, but his mind will not be on what happened to him in 2018.

Much has changed in a year

Last summer, Frederick knew something was wrong. So did many people around him.

More than anybody could remember, Frederick was on the ground after plays. A Pro Bowler for four straight seasons who was considered one of the best centers in the NFL, he was having a difficult time blocking then-unknown nose tackle Antwaun Woods, who joined the team just a few months earlier.

It was so bad that during one practice Frederick and Woods got into a brief fight. In his first five seasons, nobody remembered Frederick ever getting into a training camp skirmish.

• What you need to know from every camp »
• Camp preview, roster projections for every team »
• Players who are holding out »

At 27, was Frederick reaching the end of his elite status?

“It was an interesting time because there was a lot of emotions going on there. You don’t really know what’s going on, so you just try to fight through,” Frederick said earlier in camp. “The nature of a football player and probably most professional athletes is you fight through until you figure out that there’s something you shouldn’t be fighting through. You get an MRI saying your knee’s all torn up? Oh, well maybe I shouldn’t be pushing through on this. I was trying to make it work, trying to push through.”

At first Frederick thought the numbness might be because of a neck issue, like stingers. He saw one of the top specialists in the world in Los Angeles and everything came back clean. He was held out of practice but he was not getting better.

Self-confidence is critical for a professional athlete. Self-doubt can be deadly.

When Mark Schlereth first felt the effects of GBS in 1993, he was like Frederick. Unsure. Unstable. 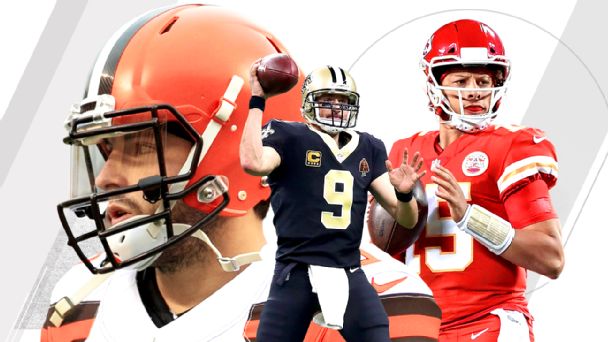 • Fantasy: Predicting QB over/unders for every team
• Patriots pull for Gordon beyond football
• Can TE Jared Cook jell with Saints?
• Ravens’ rookie pranked over cinnamon rolls
• Panthers’ Burns off to superhero start
• 49ers corners betting big on each other

“I thought I just sucked all of a sudden,” Schlereth said. “And then it was almost a relief when I find out. ‘Oh, s—, there is a reason that I suck.’ My signal is being interrupted. Like no wonder I’m falling down all the time.”

Frederick said he had other thoughts.

“It was just wondering: What’s going on? My feet are numb, my hands are numb, I can’t feel when I’m grabbing onto a guy, I don’t have any balance. What can I do to make this better?” Frederick said. “So it was more about that than it was why am I moving slow? Everyone’s a little bit different with GBS. I had more of the sensory nerve degeneration first before the motor nerve. So if your motor nerves go first before your sensory nerves, you don’t notice what’s going on, you’re just slowing down.”

When the Cowboys returned to Texas, Frederick received his diagnosis. He would get worse before he would get better. He had difficulty walking, taking each step with a noticeable limp because of the lack of strength in his hips. He could not lift what he normally lifted in the weight room.

Unable to help on the field throughout the 2018 season, Frederick served as a quasi-assistant line coach to Marc Colombo, wearing a headset during games and helping his replacement, Joe Looney, with adjustments on the fly.

“Real selfless,” Colombo said. “Behind the scenes, he’s working to get back. It was a hard journey, but he was there every day. That’s shows what kind of person he is. There’s certain guys who would feel sorry for themselves, but he’s not one of them. He’s such a vocal leader and so important to what we do, not only as a line but an offense.”