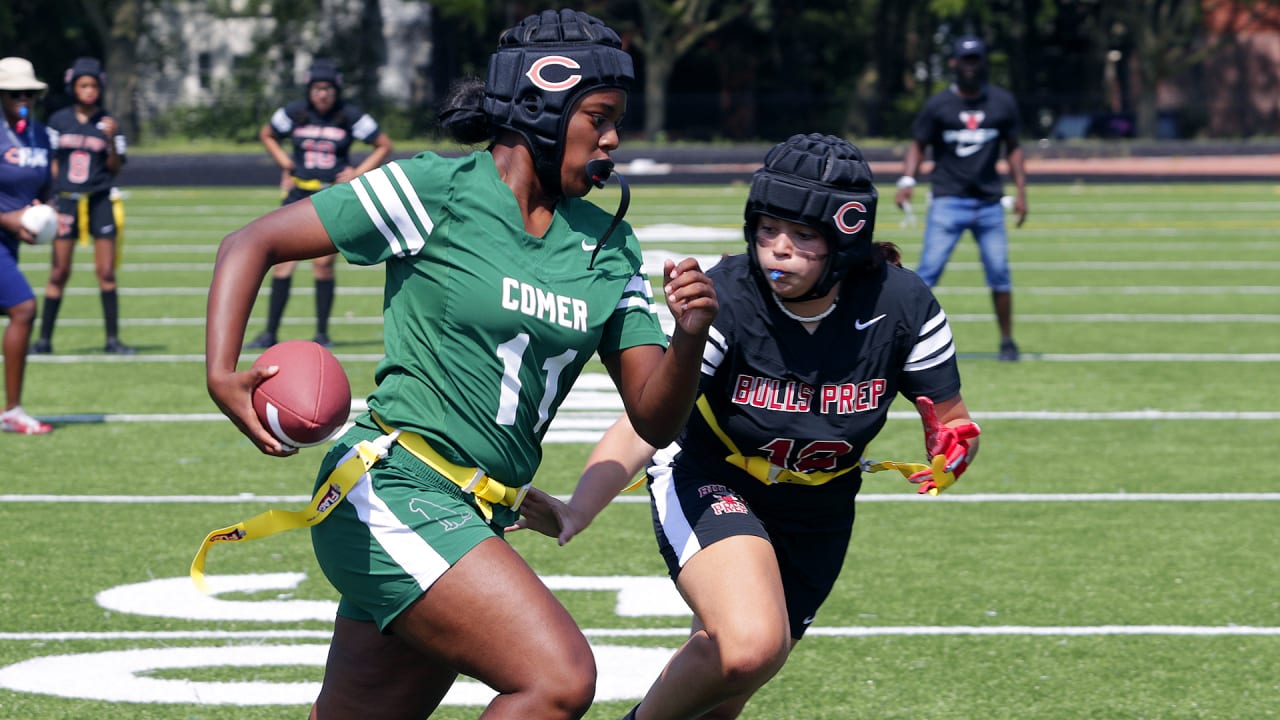 The first ever Chicago Public Schools girls flag football league will kick off a week from Saturday on Sept. 11.

All players had the opportunity to attend a kickoff jamboree in August, during which they participated in various clinics led by NFL FLAG coaches, followed by tournament-style games. The 22 teams have been split into four divisions and will each play five regular-season games from September through October. The league will hold a playoff tournament and present the Chicago Public League Girls Flag Football champion with a trophy.

New cleats were provided for all players thanks to a donation from Bears coach Matt Nagy and a grant from Bears Care.