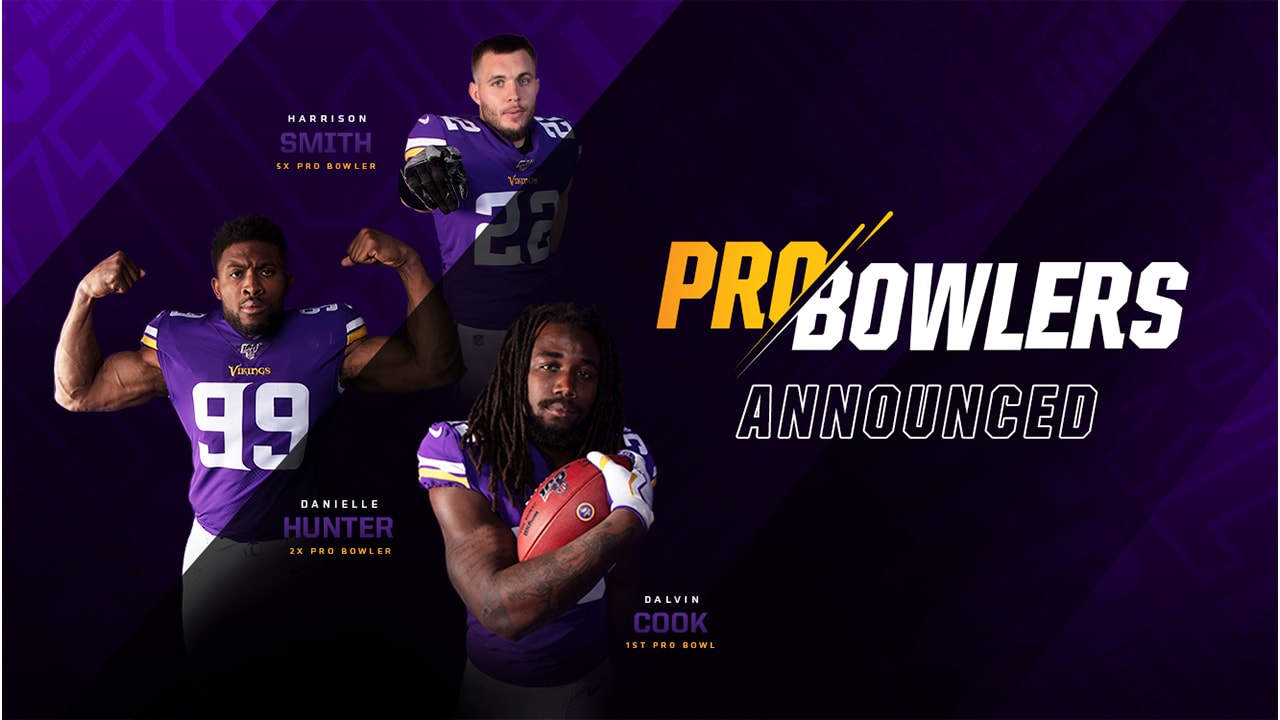 The 2015 third-round pick leads Minnesota with 13.5 sacks this season, including one on Sunday during which he forced a fumble that Ifeadi Odenigbo returned 56 yards for a touchdown. Hunter said he’s excited to return to the Pro Bowl with Smith but added that other teammates are worthy of the distinction.

“With Harrison, it shows we’ve been doing our part on defense. But it’s not just us,” Hunter said. “There’s a whole bunch of other guys on our defense that deserve to be in the Pro Bowl as well. It just means a lot to us because of what others think of us and people respecting our play. It’s an honor, but the main goal is the last game of the season.”

Smith said he appreciated the recognition but emphasized a continued focus on team goals.

“It’s always great to be recognized by players, fans, coaches, and it’s really a tribute to the Vikings being such a great organization,” Smith said. “They kind of help you get to that success. Personal accolades are great, but it’s not really what the game is about. I think there’s a bunch of guys on our team that should be in there. It’s cool, but we’ve still got other things to do.”