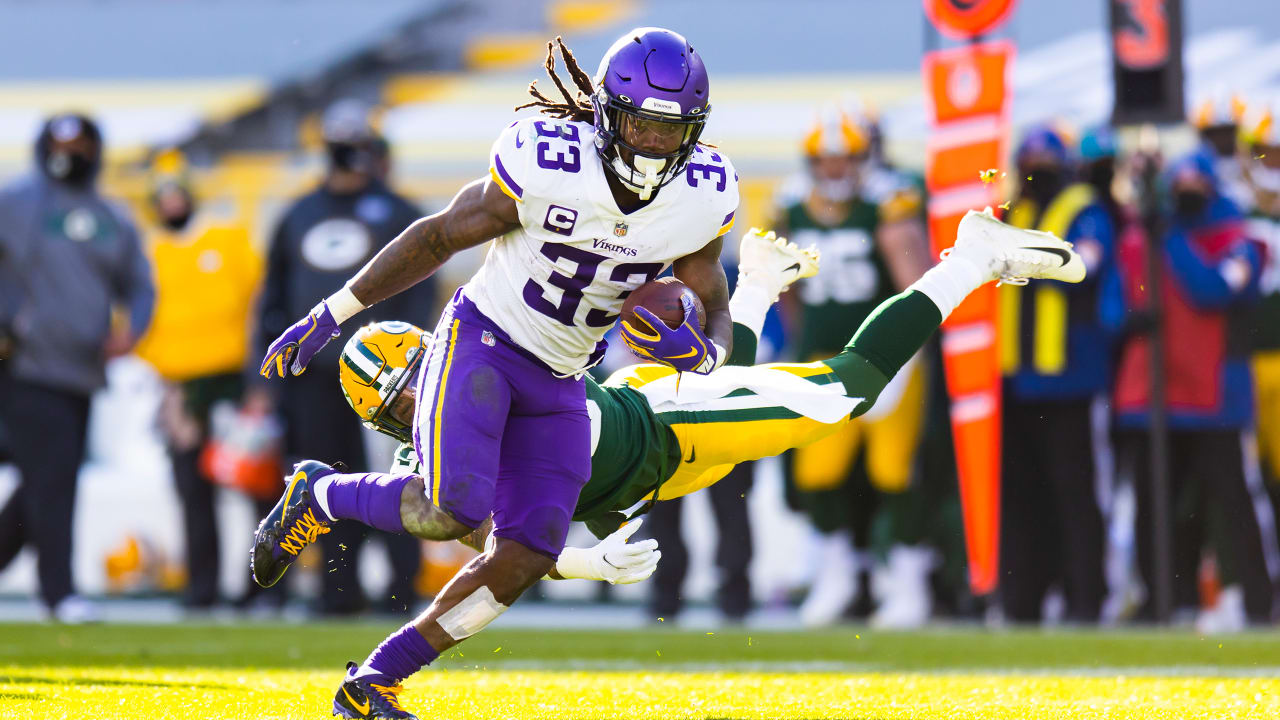 Dalvin Cook has made a repeat appearance on NFL Network’s “Top 100 Players List,” and he has moved up a spot from a year ago.

The Vikings running back was unveiled in the No. 20 spot Sunday night on the annual list, which is voted on by players across the league. He was the third-highest running back on the list.

He added 44 receptions for 361 yards and a touchdown, and his 1,918 combined yards from scrimmage ranked second in the NFL. That total was also the second-most in a season in franchise history, behind the 2,314 yards Adrian Peterson had in 2012.

The impressive campaign moved Cook into eighth place all-time for career rushing yards by a Viking (3,661). He also moved into fifth place for career rushing touchdowns by a Viking with 33, a fitting number that matches the digits on his jersey. Only Adrian Peterson (97), Chuck Foreman (52), Bill Brown (52) and Ted Brown (40) are ahead of Cook in franchise history.