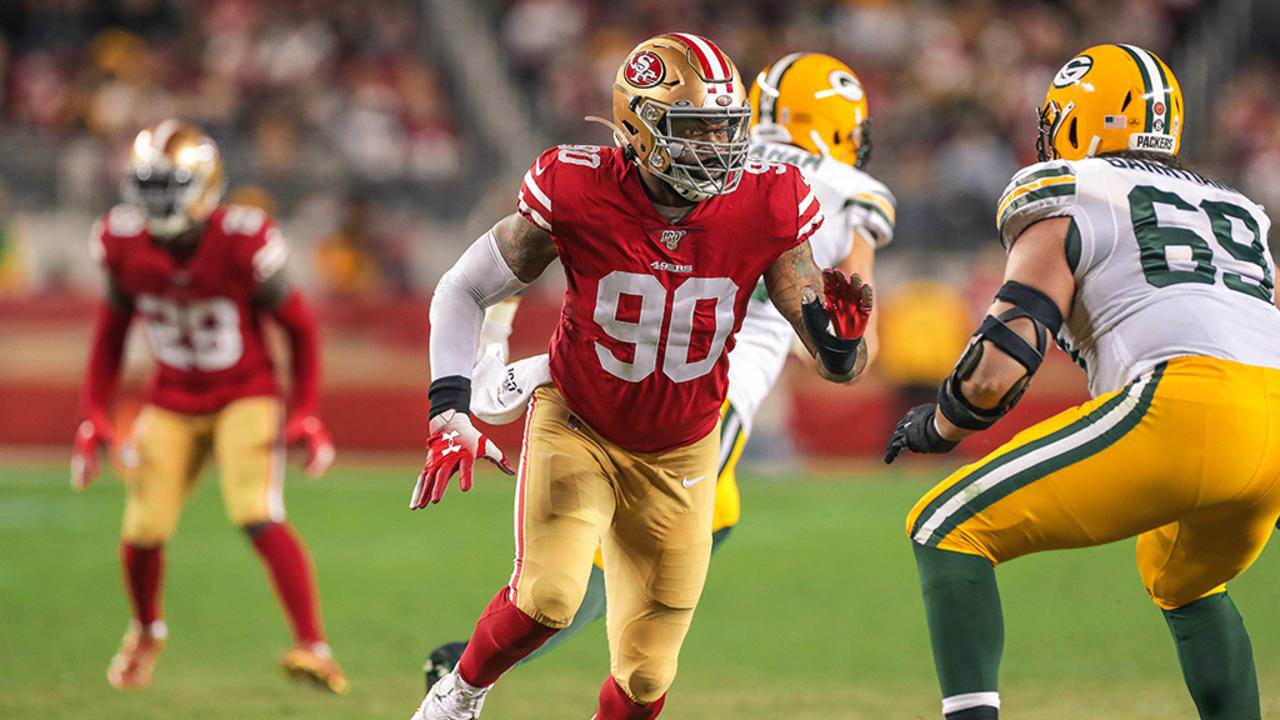 Kyle Shanahan addressed the media on Monday following the 49ers 37-8 victory over the Green Bay Packers and provided several injury updates and timetables for key starters. Here’s what was gathered from the 49ers head coach:

The biggest news coming out of the primetime win was the loss of another vital member of the defensive line. Damontre Moore , who signed with the team ahead of Week 11, suffered a broken forearm in Sunday’s win. Moore will undergo surgery this week and will be placed on season-ending Injured Reserve after appearing in just two games with San Francisco.

Moore impressed in his second game with the 49ers, registering four quarterback hurries and a hit in his 21 pass rushes. He also registered a forced fumble in the Week 11 win over the Arizona Cardinals.

“I know he’s really down because he wanted to be a part of this for the rest of the year,” Shanahan said. “It’s not like he disappears, but he won’t be able to go out there anymore. It was just really cool how he played these two weeks. It was exactly like the preseason. He just put everything on the line, doing everything he could to earn a job. What he’s done in these two weeks here, just coming right off the street, coming in, playing at a high level, getting a huge turnover for us the first week. He did some real good things last week. I can’t tell you how impressed we were that, we didn’t know he had a broken forearm until after my press conference yesterday because the guy never told anybody because he didn’t know it was broken. He knew there was some pain in there, but he just kept playing and then after the game he noticed it was hurting a little bit and went in to get some guys to check it out and it was broken. To just watch him on tape playing with that shows you that he’s a special dude.”

Moore filled in for Ronald Blair III, who was lost for the season with a torn ACL in Week 10 against the Seattle Seahawks. San Francisco is likely to promote defensive lineman Jeremiah Valoaga from the team’s practice squad this week for added depth. Valoaga spent time with the Detroit Lions and was a member of the Miami Dolphins practice squad before joining the 49ers during training camp.

In the final minute of Sunday’s contest, second-year defensive lineman Jullian Taylor suffered a jaw contusion. According to the head coach, he will be further evaluated this week. Guard Mike Person also left Sunday’s game with a stinger. He’ll be re-evaluated on Wednesday along with Taylor. Shanahan didn’t appear too concerned about the status of Taylor and Person.

Shanahan appeared optimistic that several key 49ers could make a return in Week 13. According to the head coach, Dee Ford (hamstring), Robbie Gould (quadricep) and Matt Breida (ankle) are progressing ahead of a crucial Week 13 matchup against the Baltimore Ravens. Ford’s return in Week 13 would be timely for San Francisco’s pass rush with the loss of Moore.

Joe Staley is also among the list of players who could potentially return on Sunday. Staley underwent surgery on a dislocated and fractured finger in Week 10 and will be evaluated this week.

Per Shanahan, the aforementioned players have a “50/50” shot at playing on Sunday against the Ravens.

Tags: he just was