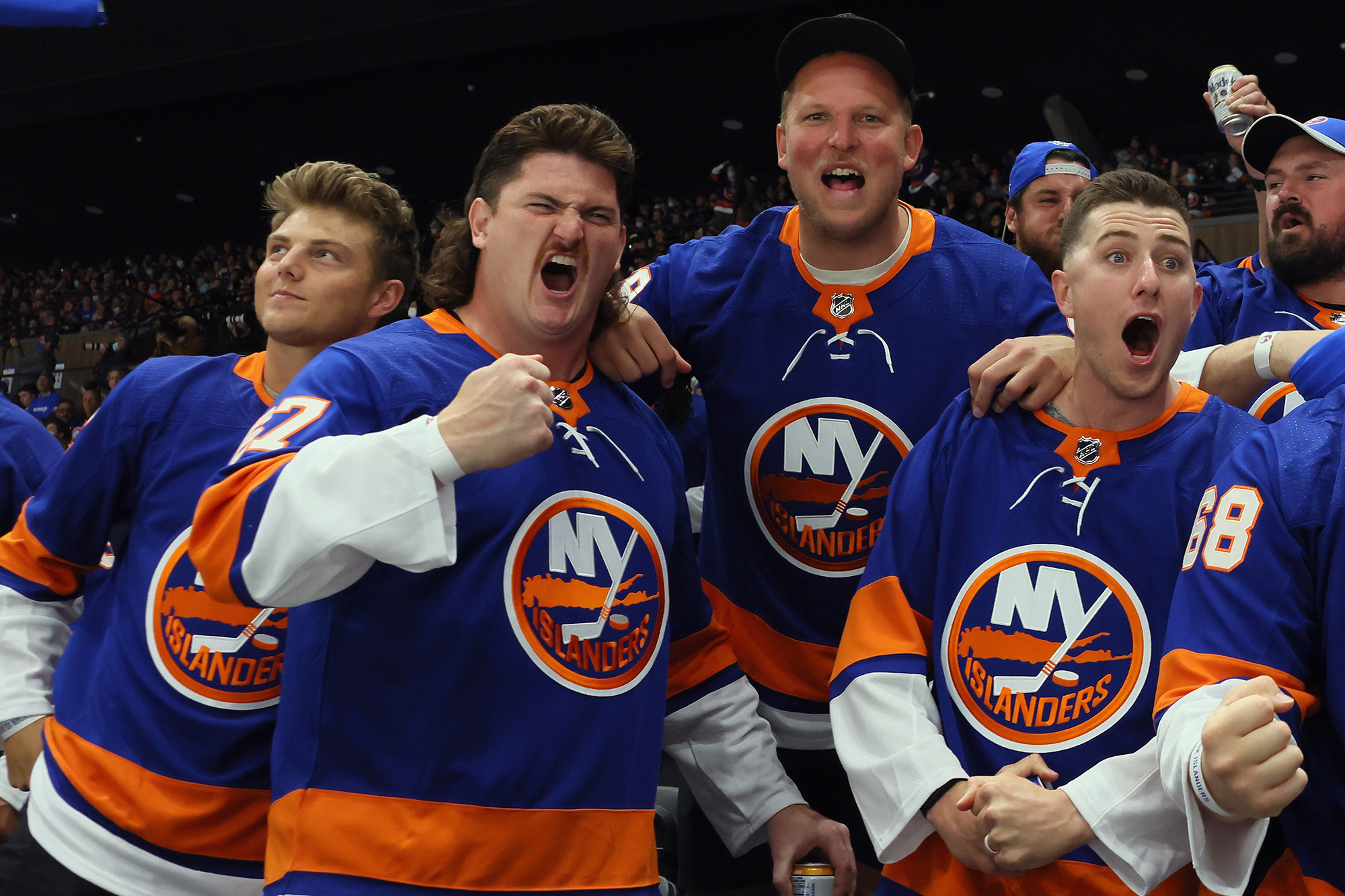 Wilson, Feeney and nine other Jets dressed in Islanders jerseys sat rink-side Saturday during the Islanders’ 4-1 win over the Penguins at Nassau Coliseum in Game 4 of the first-round Stanley Cup playoff series.

Feeney – a previously anonymous 26-year-old offensive lineman who signed as a free agent this offseason – went viral when television cameras caught him chugging a beer with a throwback hairstyle.

Feeney waved for the crowd to get loud as he finished off his drink, pounded the can on his head and screamed, “Let’s gooooo!”

Feeney was a third-round pick out of Indiana by the Chargers in 2017, but his actions Saturday will quickly establish himself as a cult hero among Jets fans. It will be even better if he plays well enough to seize a starting spot at guard on the offensive line.

Wilson was seen clapping his hands and taking a much calmer approach to the game. In fact, he was shown “aggressively chugging a bottle of water with teammates during a Jumbotron shoutout,” according to an ESPN reporter on the scene.

It’s noteworthy to see the Utah-raised Wilson embracing New York sports life and bonding with his teammates just two days before the on-field work begins in Phase 3 of OTAs at the Jets facility in Florham Park. Everything a rookie quarterback does is viewed through the prism of showing leadership.

Feeney started growing the mullet in Los Angeles last year and joked at the time that it was up to his girlfriend whether or not it stayed. Twitter has decided it must stay now.

“Isles are up 4-0 and they should never play again without Dan Feeney in attendance,” ESPN reporter Ashley Brewer tweeted.