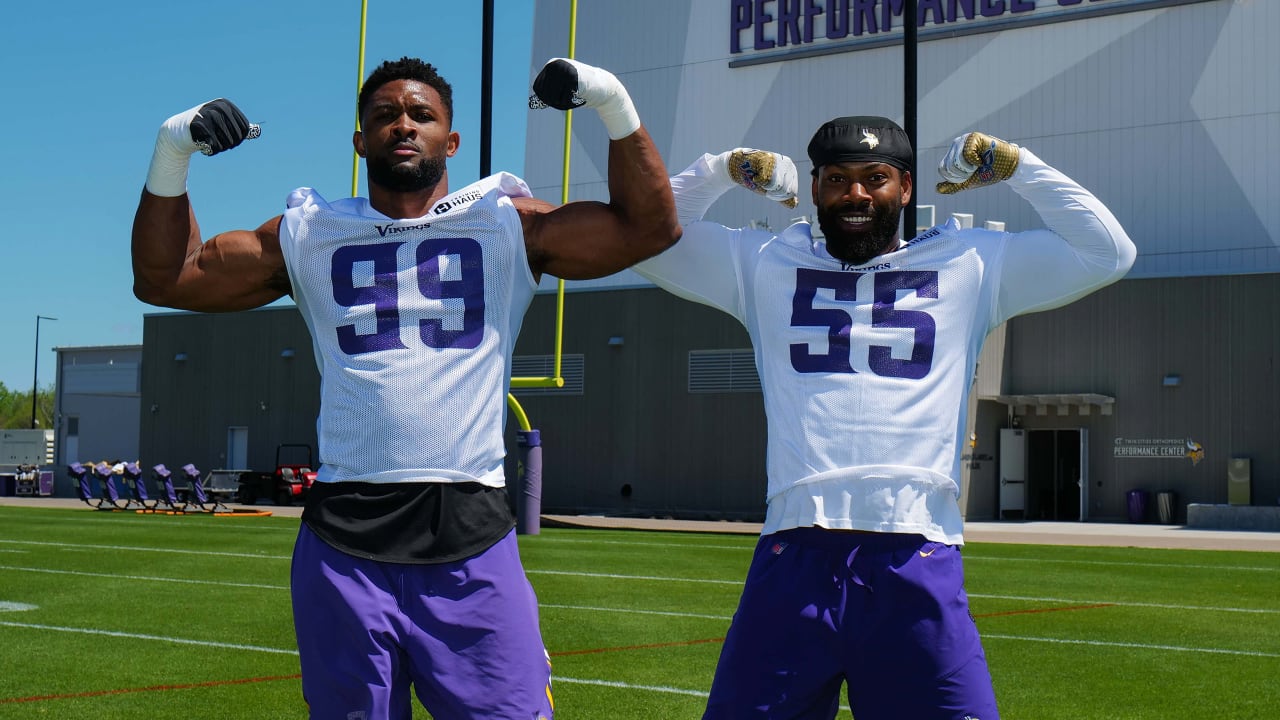 Hunter became a starter in 2017 when veteran Brian Robison unselfishly supported the move. The two worked with Everson Griffen to total 24 sacks and power a unit that led the NFL in points against, yards against, passing touchdowns allowed and third-down conversions yielded. Hunter recorded 7.0 of those 24 sacks while being solid against the run.

He broke through in 2018 with his first of two consecutive Pro Bowl seasons that featured 14.5 sacks in back-to-back campaigns, becoming the first Viking to record that many in consecutive seasons since Jared Allen (2008-09).

After starting every game for three consecutive seasons, Hunter suffered what was initially described as a “tweak” during the opening of 2020 training camp before players put on the pads. The injury eventually required surgery and sidelined him for all of 2020.

He returned last year only to have to go through another long rehab process. Teammates have admired his approach through it all.

“Coming back from injury is always tough. I’ve done been there. I’ve been down that road,” Cook said. “Just his determination. You’ve been around ‘D.’ He don’t talk a lot, but once he gets comfortable with you, he talks with you. Just being around him, for him not to get discouraged or down, looking to attack, looking for the next day, looking for the next opportunity for him to get out here. I’m just glad to have him back, because y’all know ‘D’ [is] a monster, so we need him out there on the field.”

Tags: he him hunter