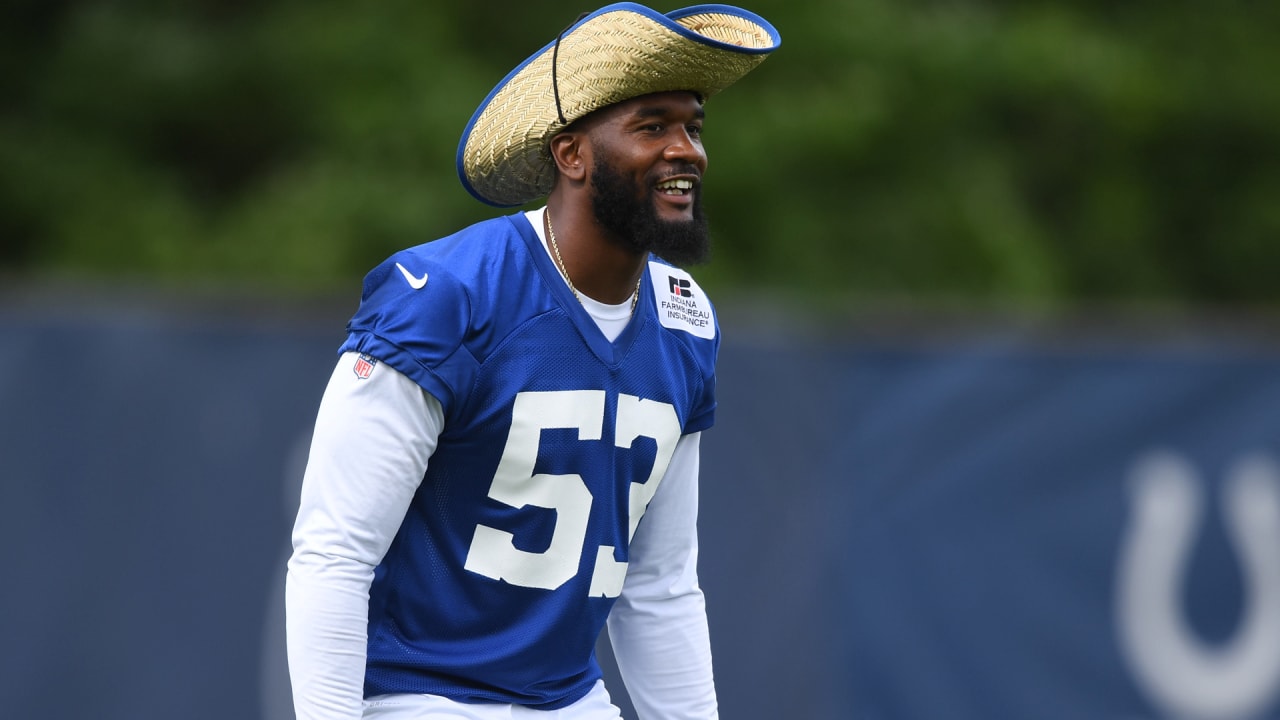 WESTFIELD, Ind. — Darius Leonard’s contract extension set him apart from everyone else at his position. The Colts believe he’s the best linebacker in the NFL and rewarded him as such.

But not everyone agrees, even though Leonard is a two-time first-team AP All-Pro and is the only player since tackles became an official statistic to amass 400+ tackles and more than 10 sacks in his first three seasons in the NFL. And Leonard knows it.

“To have my name at the top, that’s something I don’t take for granted,” Leonard said. “I gotta continue to go out and prove I can play. That’s the mindset.

“You see the rankings, I think I was sixth, and I think I was No. 8 (among LBs) on Madden. I guess they don’t like the numbers I put up.”

Leonard will continue to draw fuel from those that doubt him, despite all his accomplishments since joining the Colts three years ago. He’s done that for a while now, like when a writer Bleacher Report wrote he was one of the worst picks in the 2018 NFL Draft. And Leonard knows full well there will always be folks out there who doubt him.

So that he signed a life-changing contract extension does not change how the 26-year-old is approaching his craft.

“That chip (on his shoulder) has served him well,” coach Frank Reich said. “Whatever level of disrespect he felt from all that, he used that as a motivator in his own way. What I’ve learned to appreciate about Darius is he’s going to be motivated no matter what to be the very best, and he’s going to hold himself to those standards.”

Leonard, too, knows why he got the extension — “for what I did (over) three years recently” — and does not want to rest on his lengthy list of accomplishments. No matter how many more zeroes are going to be added to his bank account in the coming years.

Leonard celebrated with his family over FaceTime this weekend — he made sure his mom “knew we did it, she doesn’t have to struggle anymore,” he said — but he also thought a lot about his brother, Keivonte, who was killed when Leonard was 17.

“This is what we dreamed of,” Leonard said. “And for him to not be here with me to witness this, that’s the only thing that really sucks. When my agent called me and told me it was getting done, it was full of nothing but joy and happiness, and then it hits you that your best friend isn’t here to go through it.”

Leonard said he’s hopeful he can start practicing again in the next week or so, once he’s cleared to return from an offseason ankle procedure. And when he does, it’ll be the same old No. 53 out there at Grand Park.

“Right from the jump I got called the worst draft pick, and (the Colts) believed in me since Day 1,” Leonard said. “I tried to come out day in, day out and prove that they have someone special. I haven’t done anything yet. I have to continue to show they got somebody and keep showing the doubters that they’re wrong.”