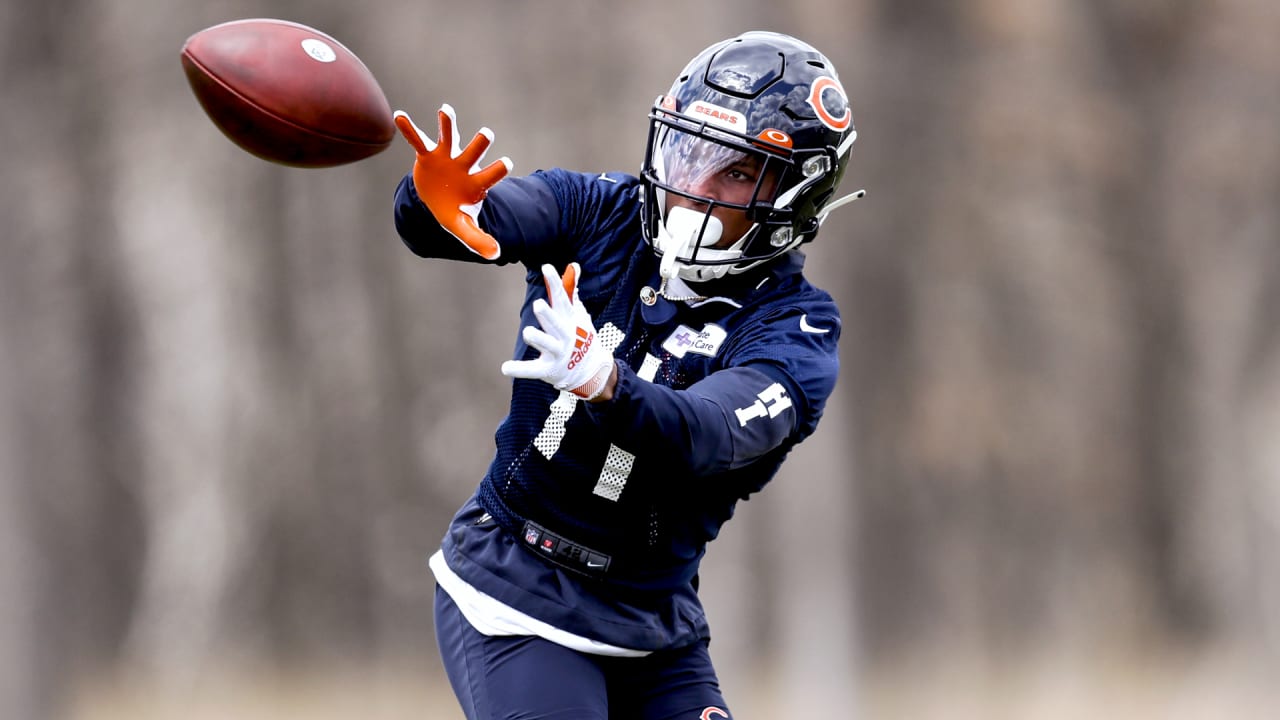 Because they hadn’t yet received a new Bears playbook, Mooney and Fields didn’t work on any specific plays, focusing instead on honing their timing.

“We didn’t know the scheme of what we were running or any of the routes, so we were kind of just winging it and just doing what we could do,” Mooney said. “But [it was] very beneficial; [we] grew a lot.”

Mooney noticed that Fields was putting more touch on his passes than he did last season as a rookie.

“Last year he threw the ball extremely hard,” Mooney said. “He was eager to get the ball out of his hands. He knew his arm was strong. He’s grown to get some touch on it. It’s a nice ball, a very nice ball. I know when we were in Atlanta, he was throwing really, really great. We were talking smack to each other. Then there was one day that he was throwing the ball extremely well and I was like, ‘This is my last time complimenting you, but good-ass ball.'”

Bears coach Matt Eberflus predicted that the cohesiveness that Fields and Mooney worked on in Atlanta will manifest itself at some point in a game.

“What they did in Atlanta together, that’s great. That was a start. And that’s where they are now because of that; they’re at a higher spot now because they did that work. It’s just like this offseason; guys will be at a higher spot in training camp if we put in the work now. That’s the main goal for everybody and every unit, and you can see that with those guys.”

A fifth-round pick in the 2019 draft out of Tulane, Mooney has far exceeded expectations since entering the league. Last year he recorded the 18th 1,000-yard receiving campaign in franchise history, and his 142 career receptions are the most by a Bears player in his first two NFL seasons.

Determined to perform at an even higher level this year, Mooney has been working to improve his conditioning.

“Antonio Brown, he runs in and out of the huddle. He’s never tired. Cooper Kupp in the Super Bowl, that last drive he got the ball maybe 6-7 times. In the end zone, he was dead tired. But you couldn’t see that he was tired at all catching the ball and going back to the huddle.

“Me being able to do that, and be consistent with that and maybe the targets are going up even more this year, so I have to be able to take that on and just not be tired.”

To that end, Mooney has incorporated a lot more running into his offseason training regimen—on the field and even on the street in his neighborhood.

“I do more miles and a lot of short-timing things,” he said. “Just anything off the wall, anything I can challenge myself to do.”

Tags: he mooney was