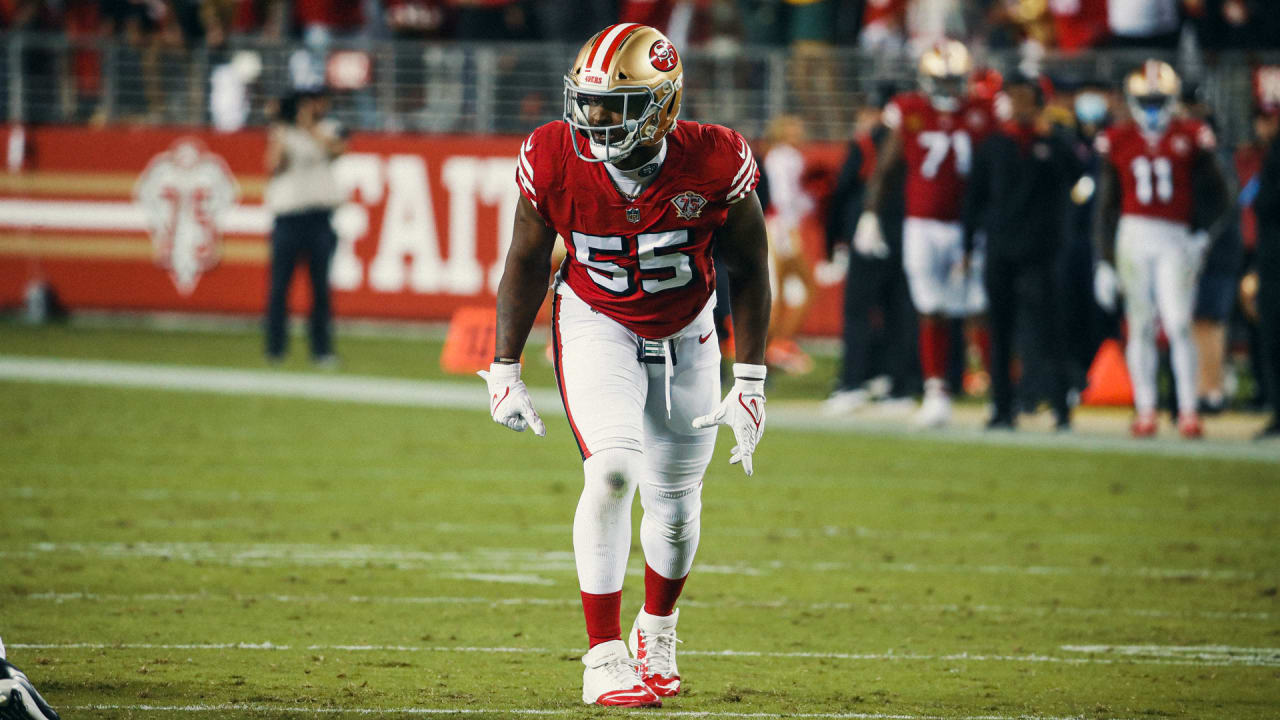 As the season is progressing, the San Francisco 49ers are getting healthier. On Sunday, the 49ers could get a complementary edge rusher to Nick Bosa with the return of Dee Ford﻿. Ford was placed on Injured Reserve in Week 8 after suffering a hit in the final quarter of the game that presented concussion-like symptoms. Per general manager John Lynch, the hit “lit up some of his back issues,” which have been a nagging issue for the pass rusher. Ford dealt with an intricate back and neck injury that kept him sidelined for all but one game in 2020.

With an expected full return after being placed on short-term IR, the team expects Ford back in the lineup in advance on Sunday’s NFC showdown against the Minnesota Vikings.

“Dee Ford, we should activate tomorrow,” head coach Kyle Shanahan said on Wednesday. “We’re not going to practice him today, we don’t like him to go three days, so he’ll get out there tomorrow and hopefully be good to go for Sunday.”

Last week, the 49ers opened Dre Greenlaw﻿’s practice window, however, the linebacker remained on Injured Reserve while working through a groin injury suffered in the season opener. Greenlaw underwent a procedure shortly thereafter and was originally expected to miss 6-8 weeks. After making a slower than anticipated return, the 49ers expect the linebacker to play on Sunday against the Vikings.

Is Trent Williams Having His Best Season Yet?