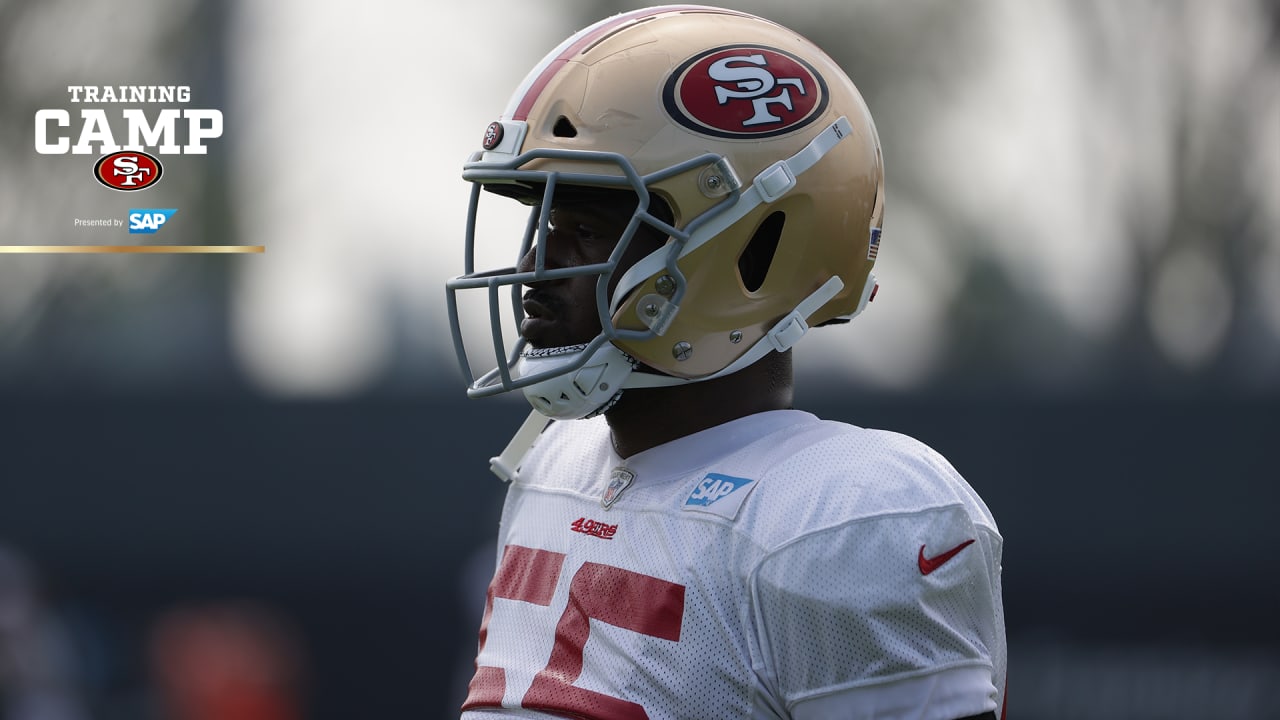 – Good news as nearly the entire team was on the field following the off day. After receiving a maintenance day on Saturday, ﻿George Kittle﻿ rejoined the offense.

– ﻿Jalen Hurd﻿ was also back on the field after missing the last two practices. As expected, he was limited to individual drills.

– ﻿Azeez Al-Shaair﻿ sustained a knee injury during the 49ers red zone drills. It appeared as a non-contact injury when the linebacker went down. He managed to walk off of the field under his own will along with the 49ers medical staff and teammate, ﻿Fred Warner﻿.

– Huge news for the 49ers as ﻿Dee Ford﻿ made his debut in full-team drills on Monday. Ford missed all but one game in 2020 while dealing with a worrisome neck and back injury. After seeing specialists this offseason and being eased into practice, the edge rusher was on the field during nickel package situations and saw roughly six reps on the day.

“I didn’t realize he was out there. I was looking down field, but I felt him off the edge going right by me,” Shanahan said.

– ﻿Samson Ebukam﻿ received the day off. Shanahan alluded to the edge rusher dealing with some leg soreness.

– The 49ers are scheduled to host their first padded practice on Tuesday. This marks the first time the 49ers have hosted a padded practice since Week 17 of the 2020 season.

“You can flash and look good in shorts, but who can do it in pads? That’s when it really counts,” 49ers defensive coordinator DeMeco Ryans said last week.