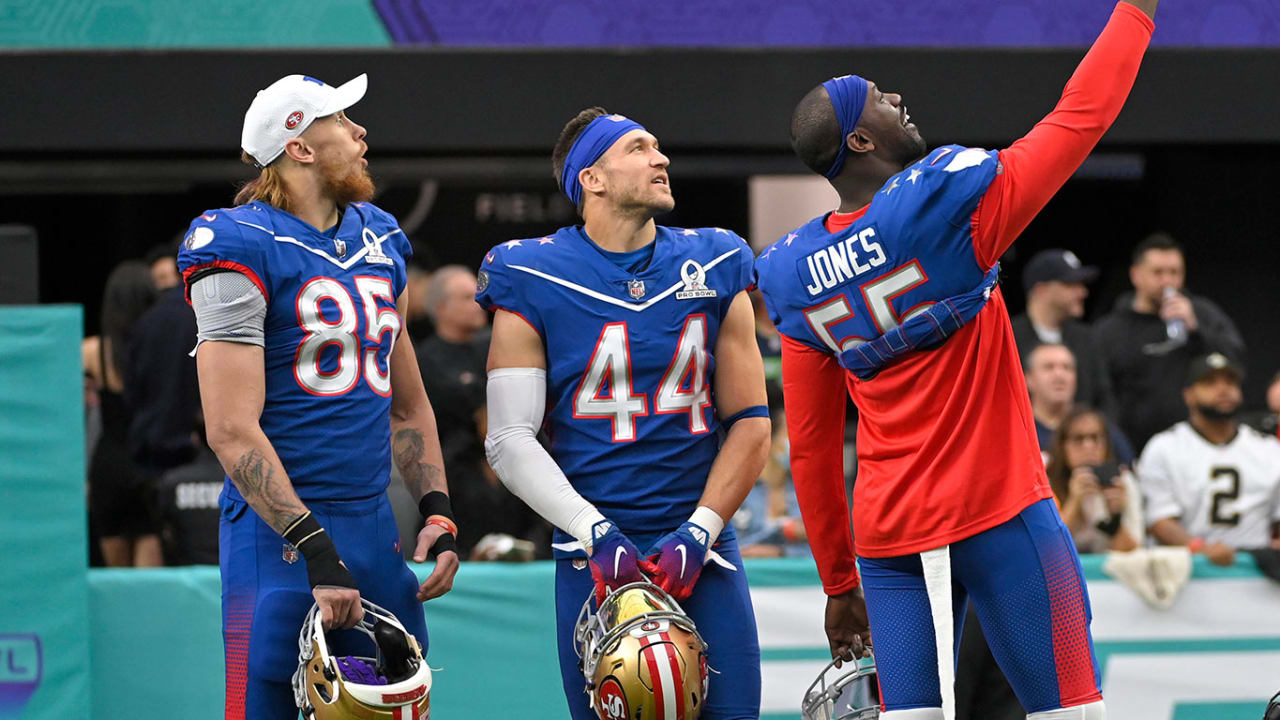 LAS VEGAS – A number of the NFL’s elite descended upon Las Vegas for the 2022 Pro Bowl at Allegiant Stadium, including five members of the San Francisco 49ers.

﻿George Kittle﻿, ﻿Deebo Samuel﻿, ﻿Kyle Juszczyk﻿, ﻿Laken Tomlinson﻿ and ﻿Alex Mack﻿ were among the seven 49ers to play in the All-Star game with Nick Bosa and Trent Williams as non-participants in the contest.

The AFC dominated the laid-back, star-studded battle, putting up 41 points in a game that featured nine-total turnovers and a number of highlight-reel plays.

Kittle and Tomlinson got the start on the NFC’s opening drive. Juszczyk and Samuel were subbed in throughout the series, which featured a 6-yard pickup by the wideout from Arizona Cardinals quarterback Kyler Murray.

On the NFC’s ensuing drive, Vikings quarterback Kirk Cousins connected with Samuel for 17 yards on 3rd-and-2 to keep their drive alive. Samuel’s reception set up the first offensive score of the day– a 14-yard touchdown pass from Cousins to Juszczyk to tie the game at 7 a piece in the first quarter.

Juszczyk finished his outing with two receptions for 18 yards and a score.

The touchdown was the conference’s lone offensive score of the first quarter with all three quarterbacks throwing interceptions on passes intended for 49ers pass catchers.

Kittle didn’t see his first reception until the second quarter, a 4-yard pickup from Murray to set up a touchdown. He also hauled in a 20 yarder from Murray late in the fourth quarter that set up a Dalvin Cook touchdown. He finished the day with four receptions for 43 yards.

Samuel led the offense with 26 yards on three receptions in the first half. He only saw one target in the second half.