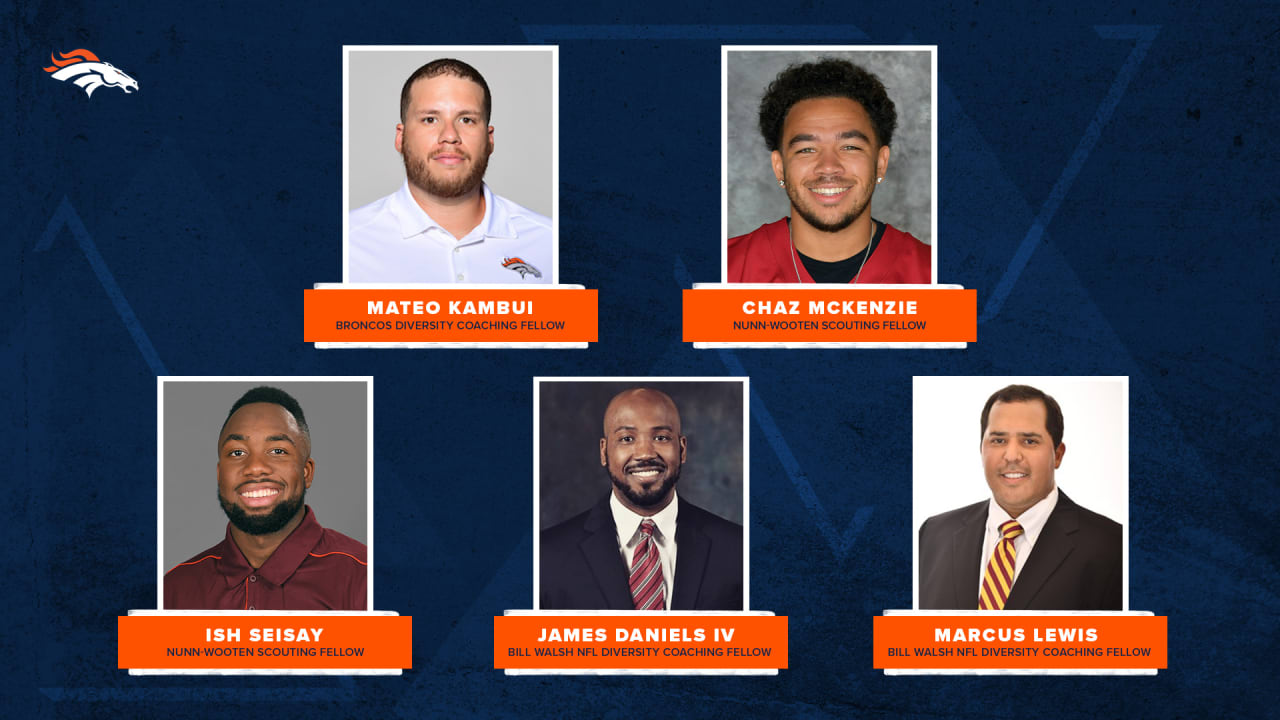 Kambui (pronounced: cam-BOO-ee), who most recently served as a graduate assistant at Georgia Southern University in 2020, will spend the season conducting film breakdown and scouting reports while assisting the offensive side of the ball. A graduate of Florida A&M University, Kambui played two years with the Rattlers from 2014-15 after starting his collegiate career at Butler Community College (2012-13) in El Dorado, Kan.

Seisay (pronounced: SEE-say) joins the Broncos after spending the 2020 season with Virginia Tech as a recruiting assistant. He played three collegiate seasons (2017-19) with the Hokies, appearing in six games as a defensive back during his career.

Daniels IV is a seventh-year coaching veteran who returns for a second-consecutive training camp with the Broncos after completing his second season as an assistant coach at East Stroudsburg (Pa.) University. A four-year running back for the University of Mount Union (Div. III) football team, Daniels IV has two years of coach experience at the Division l level with the University of Dayton (2018) and the University of Buffalo (2017).

Lewis comes to Denver after finishing his first season as a defensive analyst for Arizona State University in 2020. Prior to joining the Sun Devils, Lewis spent one year (2019) as running backs coach at Hampton (Va.) University. He also owns five years (2014-18) of NFL coaching experience with the Cincinnati Bengals, where he served as a defensive quality control coach and assisted several position groups. He began his coaching career in 2013 as a defensive assistant at the University of Cincinnati.