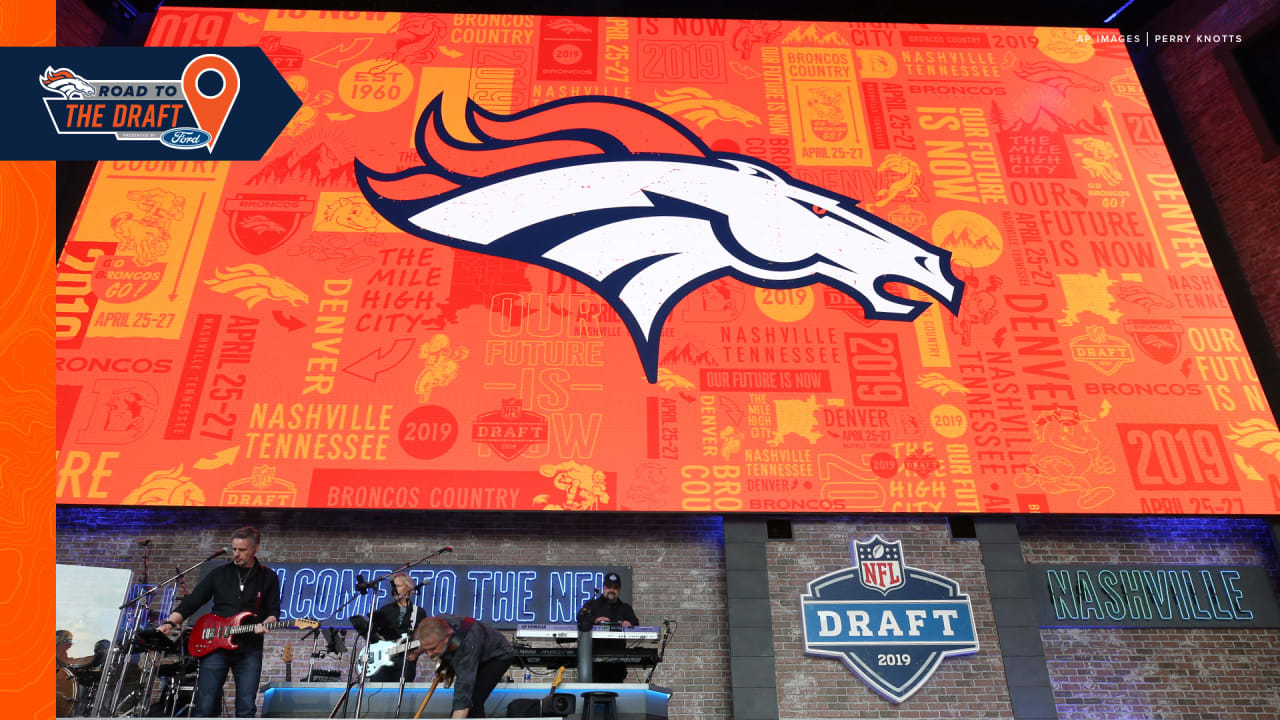 Don’t just talk about it, Phil! Be about it! I had hoped that the 49ers would take Mac Jones with the third pick to give me some added flexibility with my first pick, but when they selected Justin Fields at No. 3, I sprang into action.

It’s nearly a coin flip for me whether I’d have Fields or Lance — I think both have the potential to be top-tier NFL starters. And while I preferably would’ve gotten Lance at No. 9 if he fell that far, I couldn’t take that chance. The Broncos hopefully won’t be picking again in the top 10 any time soon, so this was my opportunity to go up and get a quarterback for a reasonable price.

Lance has played just one full season as a starter, but he threw for 28 touchdowns, no interceptions and 2,786 yards while completing 66.9 percent of his passes in 2019. He added another 1,100 rushing yards and 14 touchdowns. A unanimous FCS All-American, Lance has received comparisons to Josh Allen and Steve McNair, among others.

While defensive options like Patrick Surtain II and Micah Parsons are intriguing, this is a quarterback-driven league. And while I’m hopeful Drew Lock can turn things around and play more consistently if he is the guy in 2021, I couldn’t resist Lance’s upside — especially for the price it took to move up.

I wasn’t going to break the bank here and give up a future first rounder. I first offered No. 9, my 2021 second-round pick (No. 40) and a 2021 third-round pick, and the Falcons declined. I then countered by offering my 2021 second-rounder and a 2022 second-rounder — and they took the deal. Had they passed, I would’ve tried to work out a deal with Detroit or Carolina, but I don’t think Lance would’ve gotten by the Falcons. In my mock, they ended up selecting Mac Jones with the 14th pick.

I ended up being glad I made the move, as tackles Penei Sewell and Rashawn Slater went off the board at No. 5 and No. 8, respectively. Surtain, meanwhile, went unexpectedly early to Detroit at No. 7. If the board fell the same way had I stayed at No. 9, I would’ve traded back.

I’m glad I got my quarterback of the future, but, man, it felt like forever until I picked again.

It was difficult to watch some intriguing prospects go off the board in Round 2, but I didn’t want to sacrifice much more of my draft capital after moving two second-rounders.

I made a couple of trade offers during the wait, and the first was prompted by a fall down the board by Miami rusher Jaelan Phillips and Virginia Tech cornerback Caleb Farley. I would’ve been pleased with either player, so I decided to make a trade offer when one of them was left on the board. Phillips finally went at No. 43 to the 49ers, so I sent the Cowboys an offer for my 2021 third- and fifth-round picks (No. 71 and No. 152) for the 44th-overall selection. I wasn’t surprised that they declined — it wasn’t a great offer — and they took Farley with the pick.

I tried to make the same offer late in the second round to acquire the No. 62 pick from Green Bay. Wake Forest edge rusher Carlos “Boogie” Basham Jr. and LSU linebacker Jabril Cox were still on the board, and I would’ve been happy with either player. The Packers declined my offer, though, and Basham and Cox went off the board at No. 66 and No. 69.

That left me with a decision between Ohio State linebacker Baron Browning and North Dakota State tackle Dillon Radunz. It was tempting to keep the Bison teammates together in Denver — what a great story line for the media! — but I had a couple of concerns. First, Radunz played left tackle for NDSU, and I was a little too uncertain about his ability to slide over to the right side. I also wasn’t sure about the value, thinking I could pick up a tackle on Day 3 to provide depth behind Ja’Wuan James. It’s a deep class, and I wanted to add a defender.

That led me to Browning, who some mocksters have suggested could go in the second round. Browning has all the physical tools, but critics say he needs to improve his instincts. I’m hoping Vic Fangio can help him in that area and turn this pick into a steal. He played both inside and outside linebacker at Ohio State, which would give the Broncos needed depth.