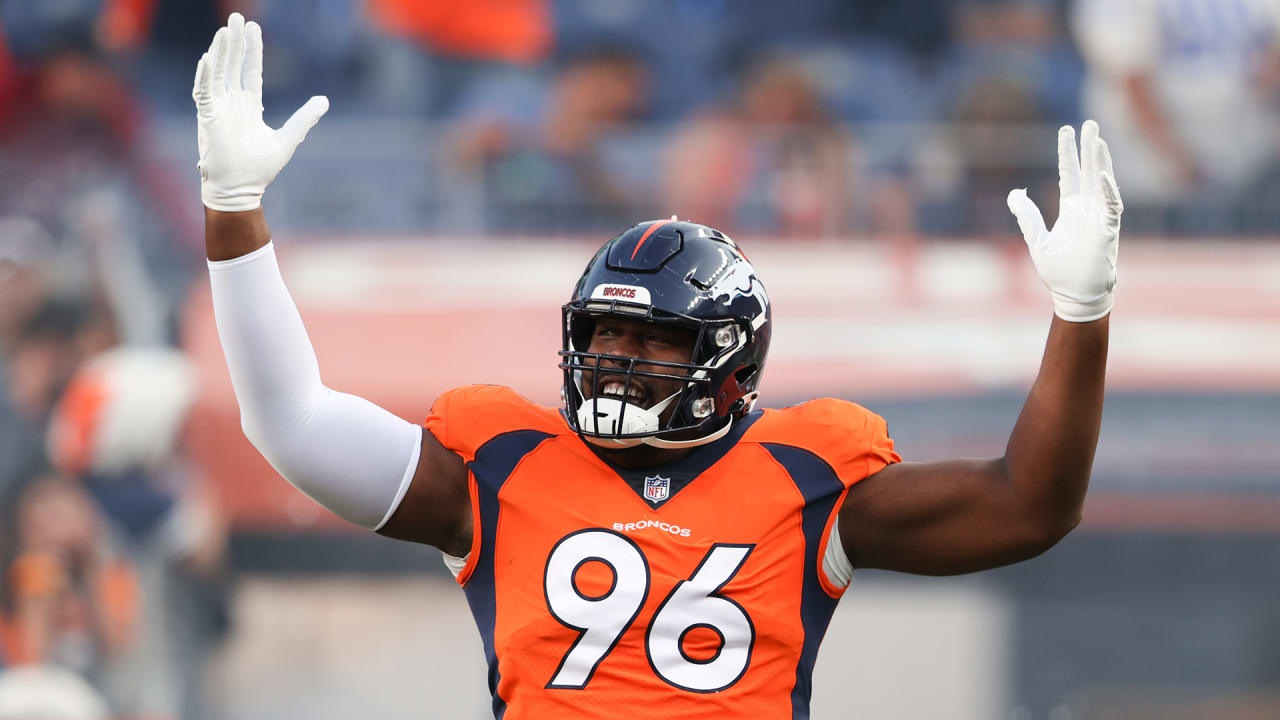 ENGLEWOOD, Colo. — Inside the walls of UCHealth Training Center, the Broncos are not shying away from an uncomfortable truth.

Over the last two seasons, the team has simply not performed well enough in the early portion of the season.

In 2019, the Broncos started 0-4 as they lost a trio of one-possession games, including two on last-minute field goals. A year later, Denver began the season 0-3 at the hands of a one-possession loss to Tennessee and an injury to starting quarterback Drew Lock.

The 0-7 mark over the last two Septembers is at front of mind for defensive end Shelby Harris and his teammates.

“We’ve talked about it before, because we’re like, ‘How are we going to change it?'” Harris said. “It’s not like a secret. We suck in September, so we’ve got to be better. And that’s the thing. There’s no other way about it. We have not won in September in the last two years so we got to be better and we got to come out of the gate faster and I think that’s something that we all emphasize and we want to fix and correct.”

The Broncos have certainly shown over the last two years that they’re capable of solid play. Denver responded to the 2019 0-4 start with a pair of wins, including a 16-0 win over the Titans, who made it all the way to the AFC Championship. Later in the year, Denver won four of its final five games — including a win over the playoff-bound Texans — to finish the season on a high note.

Before injuries battered the Broncos last season, they also showed some fight following their 0-for-September start. The Broncos won a road game on a short week against the Jets before beating the Patriots on the road and completing a 21-point comeback against the Chargers. Denver pushed its record all the way to 3-4 before winning just two more games over the final nine weeks.

The road to the playoffs, though, is far easier without falling into a hole. Since 2007, only 12 of the 119 teams to start 0-2 were able to rebound and make the playoffs. A year ago, all 11 teams with 0-2 records fell short of the postseason. The odds may be better with seven teams now making the postseason in each conference, but it remains a daunting task.

The question then becomes simple. For a team that has lost in a variety of ways in September, how do the Broncos get off to a quicker start?

“The key to starting fast is being prepared … but then also being confident in your preparedness and being decisive,” Harris said. “We go out there and we’ve got to cut down on mistakes. Remember, the last couple seasons, it’s been the big play. The big plays always screwed us over a little bit, so you know it’s all about cutting down the big plays but then also creating big plays for ourselves, getting turnovers. We talked about the hidden yardage — an interception return, you know, you might get 20 yards and put us back on our 30[-yard line] or something like that. … It’s just all the little things, they add up to be something big and so if we just do all the little things right then, you know, we’ll be successful.”

Turnovers will certainly play a big role, as the Broncos’ minus-16 turnover margin was 32nd in the NFL a season ago. If Denver can cut down its giveaways while creating more big defensive plays, the results should follow.

The Broncos should also be helped from a more palatable September schedule, as well. Denver’s first three opponents — the Giants, Jaguars and Jets — were a combined 9-39 last season.

The biggest change, though, may be the makeup of this year’s team.

“I think we have more depth, more overall talent,” said Head Coach Vic Fangio of this year’s team compared to the last two iterations. “It’s no secret, there was some somewhat of a retooling going on here and most of the team that we have here today was acquired when [President of Football Operations] John [Elway] was in charge and now … John passed the baton to [General Manager] George [Paton] and George has done a great job in this one year on the job of adding to it. I think we’re definitely a deeper team across the board.

“And now we got to go out and prove that we’re a good team.”