HENDERSON, Nev. — The bye week has arrived at the perfect time for the Las Vegas Raiders. Unless it has not.

On one hand, the Raiders are coming off their biggest win since 2016, their only winning season since 2002, and would no doubt like to ride that momentum rather than shut things down for a week. 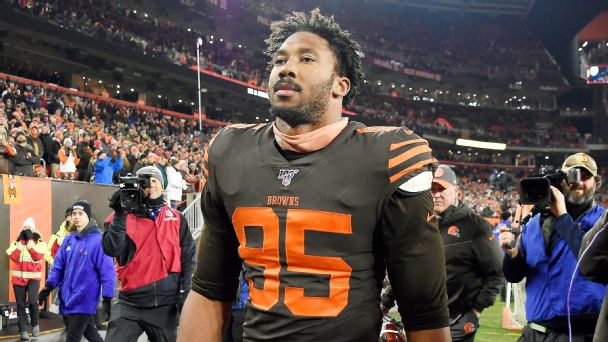 On the other, taking a break after upsetting the defending Super Bowl champion Kansas City Chiefs at Arrowhead Stadium gives the Raiders’ lengthy list of walking wounded a chance to heal up and, after a 3-2 start, gear up for a potential run to the, gulp, postseason.

“Yeah, I’m not a big fan of the bye weeks, I never really have been,” Raiders coach Jon Gruden said with a sly grin Monday. “I like to keep playing. I like to play doubleheaders, sometimes. But, it is part of the schedule, as you know.

“So, in some ways it will get Trent Brown an additional couple days to respond to his first game. We’re hoping Richie Incognito can come back, obviously Maurice Hurst, Maliek Collins, Damon Arnette, Bryan Edwards. We got a lot of guys that are still on the mend. So, I’ll take this bye week. This year. At this time.”

For those of you keeping score at home, that’s a right tackle, a left guard, two defensive tackles, a cornerback and a receiver on the shelf with (checks notes) calf, Achilles, COVID-19, shoulder, thumb and ankle issues, respectively.

Getting to the bye, then, with a winning record after a brutal start — which included cross-country trips to Carolina and New England and home games against the New Orleans Saints and Buffalo Bills — is cause for pride. And yes, reason for a progress report with the Raiders having started the second quarter of their season …

Clearly the strength of the team when healthy — how much more imposing was quarterback Derek Carr when he had the speed and strength of rookie receiver Henry Ruggs III and right tackle Trent Brown, respectively, at his disposal? — the Raiders clicked on all cylinders in dropping 40 points on the defending Super Bowl champs this past weekend. And Carr not only looks in complete command of Gruden’s offense in this, his third season at the helm, but chatter has already started about a potential (gulp again) MVP run.

Sure, former Raiders QB Rich Gannon is the one banging the loudest drum, but Gannon was an MVP in 2002 and Carr is completing passes at a league-best 73.1% clip and is on pace for a 4,614 passing yards with 35 touchdowns and three interceptions. Not bad for a guy who many saw as not only being challenged by Marcus Mariota by the bye, but being replaced by him then.

Then there’s second-year running back Josh Jacobs, who is leading the league in rushing attempts (106), is second in rushing yards (377) and is being mentored by a Hall of Famer (Marcus Allen). Twelve different players have caught passes from Carr and tight end Darren Waller is not only his security blanket but a future Pro Bowler, as he leads all NFL tight ends with 34 catches. Ruggs missed two games with hamstring and knee issues but showed the deep threat potential as what the Raiders hope is a James Jett/Cliff Branch hybrid while veteran Nelson Agholor already has three TDs in his 10 catches.

But it all starts in the trenches, with center Rodney Hudson as the anchor. If Incognito is able to come back from his Achilles’ injury and Brown stays upright, the Raiders’ offense will be something to watch after the bye.

Did Paul Guenther just pull a Muhammad Ali Rope-A-Dope? Surely, the embattled defensive coordinator was on the ropes entering Kansas City with a scheme that wasn’t getting it done through the first 4½ games of the season. Then came the second half against the Chiefs, where Las Vegas forced three straight punts before picking off Patrick Mahomes in a signature win.

Salt-N-Pepa defensive ends Maxx Crosby and Clelin Ferrell are the foundation and while Crosby continues to rack up sacks — his four sacks are tied with the Los Angeles Chargers‘ Joey Bosa for most in the AFC West — Ferrell played like a No. 4 overall draft pick at Kansas City. According to Associated Press, Ferrell had a career-high five QB pressures against the Chiefs, with his previous best the three he had in his 2 ½-sack game against the Chargers last season. He had 17 total QB pressures in 19 career games before Sunday.

High-profile free-agent pickups Collins and linebacker Cory Littleton have been more cold than hot, more miss than hit while the secondary’s spiritual leader, safety Johnathan Abram, seemingly blasts teammates more often than opponents through friendly fire. But he is a force. In short, the defense needs to create more turnovers to not only ease the pressure off the offense but to make the Raiders a legitimate threat. With only three takeaways — INTs by Abram, linebacker Nicholas Morrow and safety Jeff Heath — the Raiders’ minus-4 turnover differential was only tied for 25th in the NFL after Sunday’s games.

The defense was rebuilt this offseason with new starters in Collins on the line, Littleton and Nick Kwiatkoski at linebacker, rookie Arnette at cornerback and Abram at safety, so growing pains were expected. After buying into Guenther’s scheme at Kansas City, and having success, the bar is raised.

Daniel Carlson‘s missed PAT that would have given the Raiders a seven-point lead at Kansas City was a bummer because it allowed the Chiefs to stay within striking distance. But other than that, Carlson has been money, showing that he is indeed worthy of Gruden’s trust. Or did you miss Gruden sending Carlson, who missed seven of 26 field-goal attempts last season, out to attempt a career-long 54-yarder with a seven-point lead late against the Saints in Week 2 to seal the win? He made it. Carlson is 11 for 12 on his field-goal attempts, including all three from 50-plus yards.

Meanwhile, AJ Cole is averaging a decent 45.8 yards per punt, with a long of 59 yards, though his 38.7 yards net average could use some work. Still, the fact that he has only had to punt 11 times — tied for third-fewest in the NFL — is a good thing. Long snapper Trent Sieg goes about his business quietly, which is even a better thing.