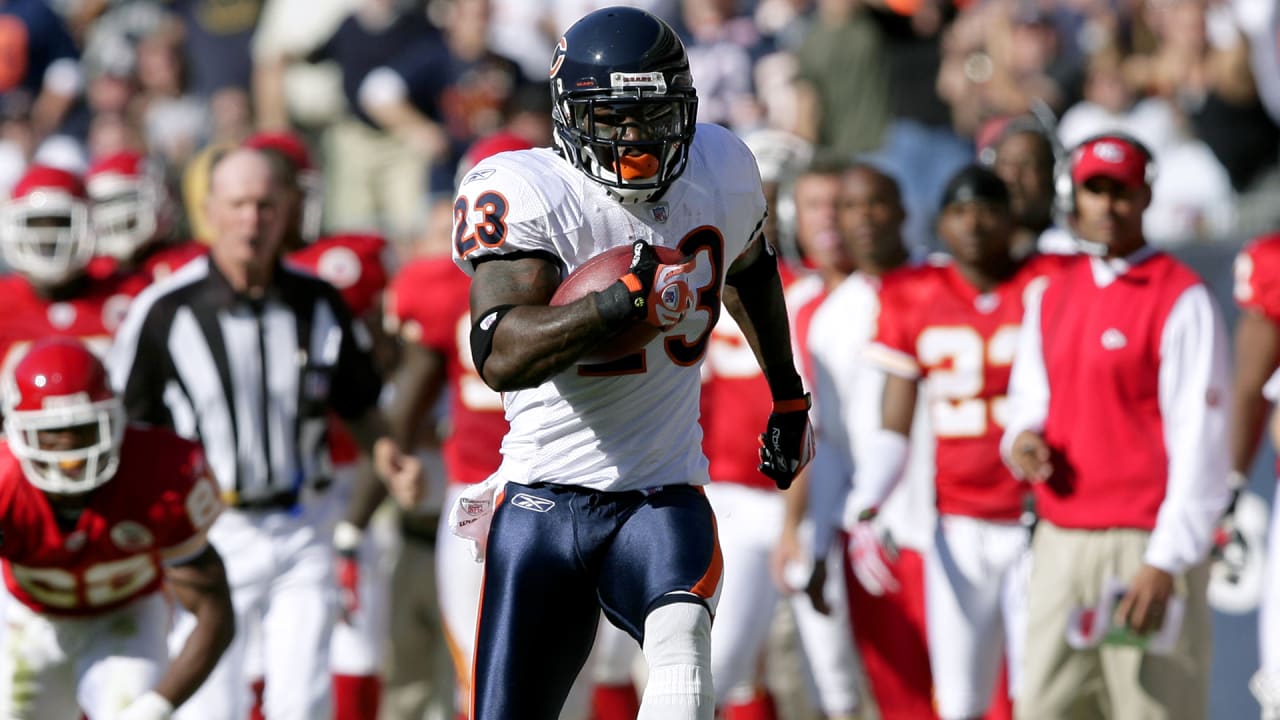 Former Bears star Devin Hester will have to wait at least another year to be enshrined in the Pro Football Hall of Fame.

In his first year of eligibility, the record-breaking return specialist was not chosen as part of the Class of 2022 that was announced Thursday night during a live airing of “NFL Honors” in Los Angeles, the site of Sunday’s Super Bowl between the Rams and Bengals.

On Jan. 2, Hester was chosen as one of 15 modern-era finalists. The Hall of Fame Selection Committee then met via video conference Jan. 18 to select the Class of 2022, reducing the list to 10 and then to five. Each of the final five were voted on, with an 80 percent “yes” vote required for enshrinement. The results were not disclosed until Thursday night.

The finalists were determined by a vote of the Hall of Fame’s Selection Committee from a list of 123 nominees named in September that was trimmed to 26 semifinalists Nov. 24.

Being a finalist this year should help Hester’s cause in the future. All five of the modern-era honorees who are part of the Class of 2022 had been finalists prior to this year.

Hester played eight of his 11 NFL seasons with the Bears. The most prolific return specialist in league history, he holds NFL records with 19 kick-return touchdowns, 14 punt-return TDs and 20 return touchdowns, which includes punts, kickoffs, missed field goals, fumbles and interceptions.

Selected by the Bears in the second round of the 2006 draft out of Miami, Hester was voted to three Pro Bowls, won 13 special teams player of the week awards and was named to the NFL’s All-Decade Team for the 2000s.

The Florida native joined the Bears after returning six kicks for touchdowns—four punts and two kickoffs—in three seasons at the University of Miami.

Hester set an NFL single-season record with five kick return touchdowns as a rookie in 2006 and then eclipsed the mark with six TDs in 2007.

As a rookie, Hester returned a punt 84 yards for a TD in his first NFL game in a 26-0 rout of the Packers; lifted the Bears to a stunning 24-23 comeback victory over the Cardinals with a late 83-yard punt return TD; returned a missed field goal 108 yards for a TD in a win over the Giants; and set a single-game franchise record with 225 kickoff return yards in a victory over the Rams, including TDs of 94 and 96 yards.

Hester then capped his remarkable rookie season by becoming the first player in NFL history to return the opening kickoff of a Super Bowl for a touchdown, dashing 92 yards in an eventual 29-17 loss to the Colts.

In 2007, Hester returned four punts and two kickoffs for touchdowns. In a 37-34 overtime win over the Broncos, he scored TDs on a 75-yard punt return and 88-yard kickoff return.