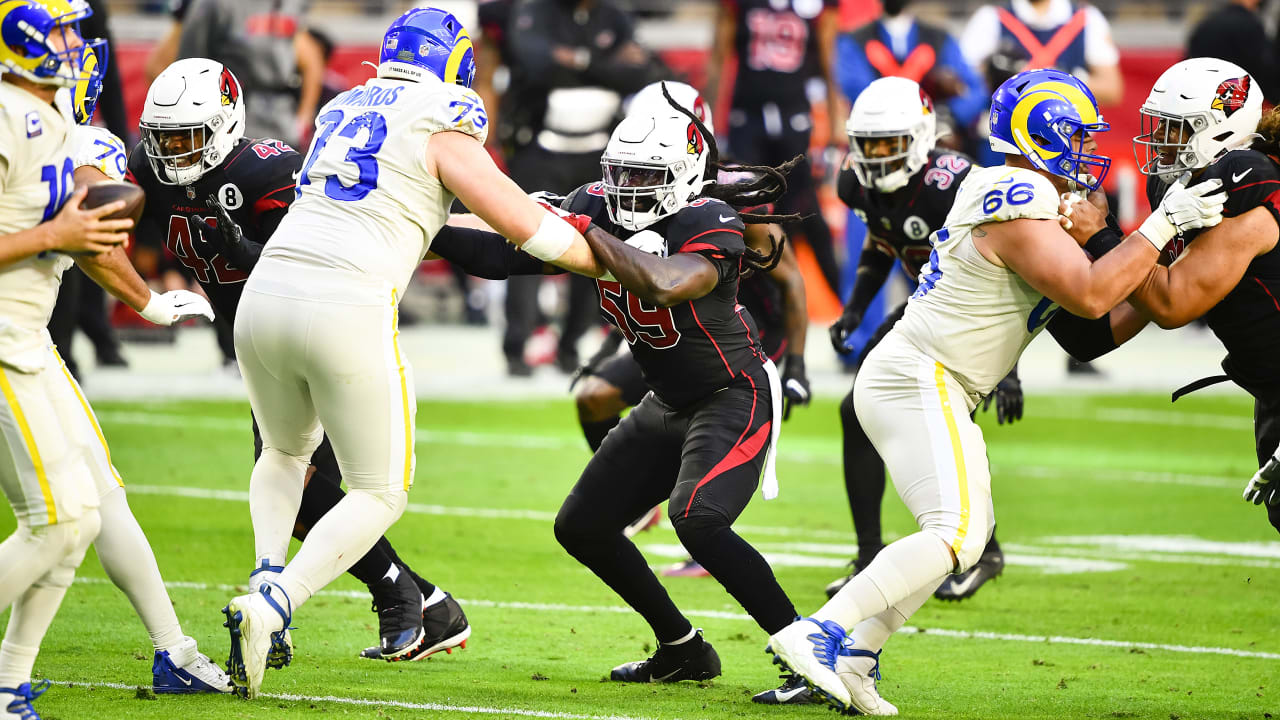 De’Vondre Campbell didn’t practice all week because of a bad ankle, but in a small surprise, he will still be available Sunday against the Giants, which — depending on how much he can do — will help a defense that needs to hold up against the run.

The other interesting part of the Cardinals’ inactives for the game is that with Larry Fitzgerald returning and KeeSean Johnson making some plays of late at wide receiver, Andy Isabella is inactive for the first time this season.

Every player listed as questionable for the Cardinals — Campbell, wide receiver DeAndre Hopkins, running back Kenyan Drake, linebacker Isaiah Simmons and tackle Kelvin Beachum — are playing against the Giants.

Practice squad call-up Mike Nugent will kick after Zane Gonzalez was downgraded to out with a back injury.

Both quarterback Daniel Jones and linebacker Blake Martinez are playing for the Giants, although reports are that backup QB Colt McCoy might get some snaps with Jones’ hamstring not completely healthy.