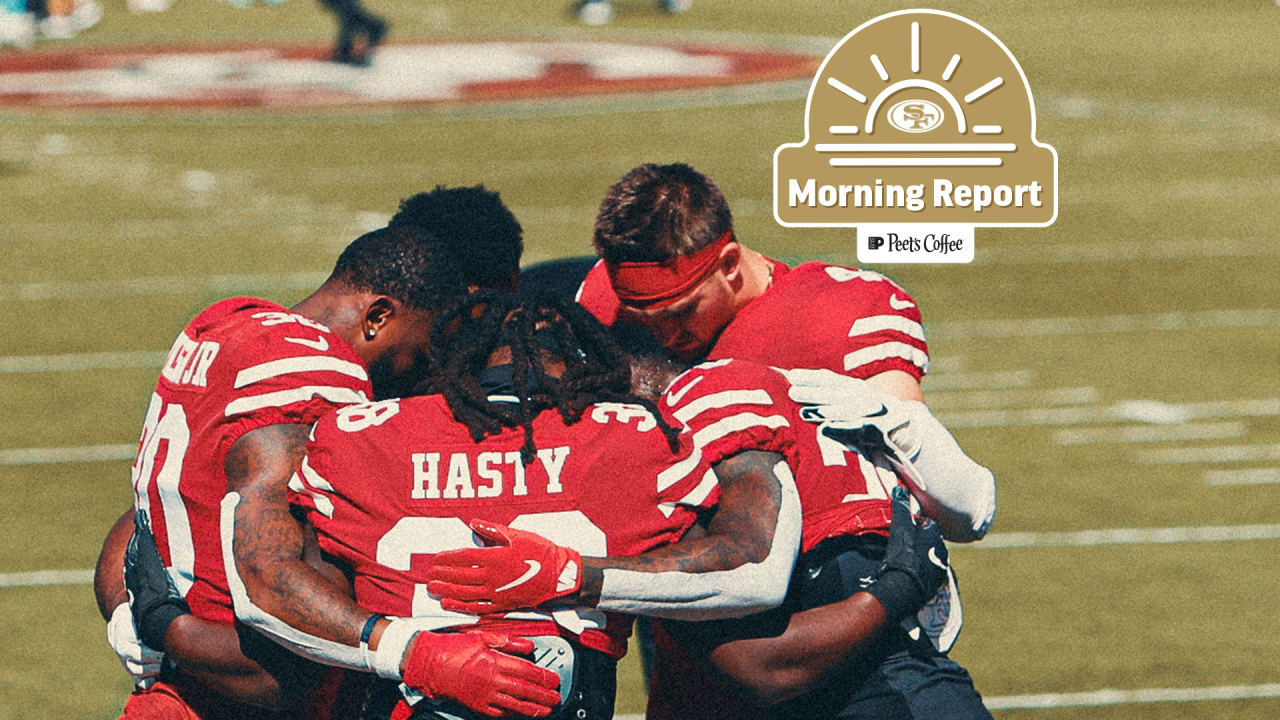 Kyle Shanahan on the Decision to Sit Jimmy Garoppolo in Second Half vs. Dolphins

After completing just 41 percent of his passes for 77 yards and two interceptions, the 49ers decided to pull the plug on ﻿Jimmy Garoppolo﻿ in his first full game back since the season opener. Garoppolo suffered a high ankle sprain in the first half of the 49ers Week 2 win over the New York Jets, causing the quarterback to miss San Francisco’s ensuing matchups as he worked his way back from injury.

The decision to replace Garoppolo wasn’t due to a less than ideal performance, as the 49ers trailed by 23 points going into the half. Instead, the 49ers staff believed the quarterback’s lingering ankle injury was impacting his play on the field. Read More >>>