The Eagles are still working Alshon Jeffery back into the lineup and part of the difficulty in integrating the big-bodied wideout alongside Travis Fulgham.

Fulgham was the Eagles breakout star up until three weeks ago when Jeffery made his season debut.

Since then, Fulgham has gone from being among the league leaders in yards and catches to a player who has seen his snaps and targets reduced. On Monday night head coach Doug Pederson talked about needing to utilize both Jeffery and Fulgham as “big targets” for the Birds.

"Travis is still part of the offense and he knows he needs to continue to get better … Alshon is getting healthier … We need to use both those big targets." #Eagles

Over the past three games, Fulgham has caught four passes for 32 yards, and during the Eagles’ Monday night loss, he played just as many snaps as Jeffery and Philadelphia seems fixated on adding the veteran receiver to the offense regardless of which young player regresses.

Philadelphia Eagles vs. Seattle Seahawks recap: Everything we know 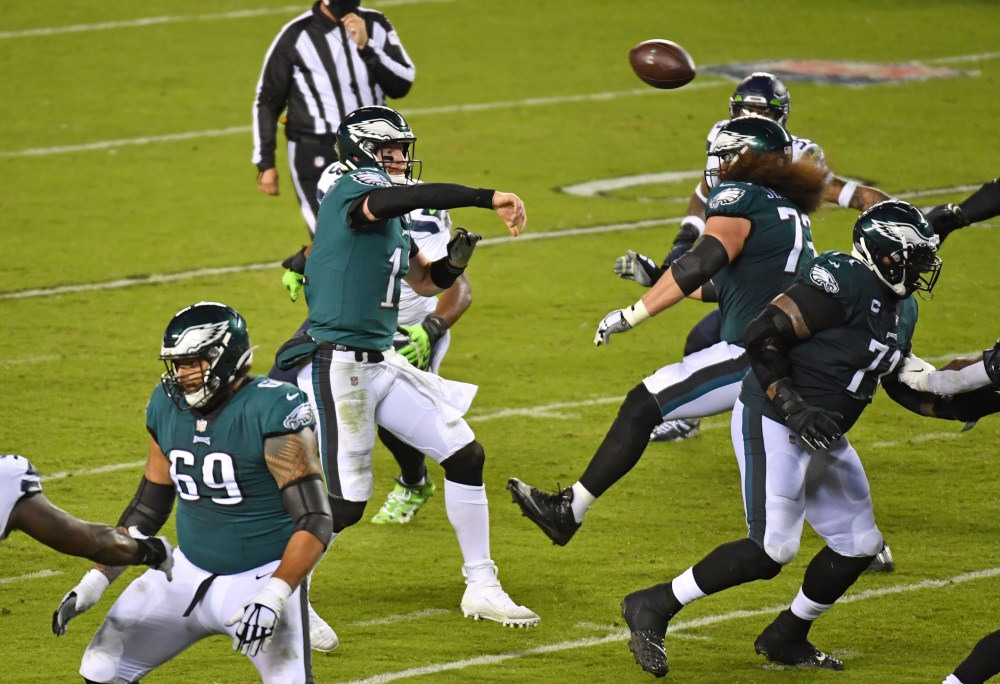