ENGLEWOOD, Colo. — From drive time to grocery line, the most popular four words spoken about the Denver Broncos this summer have been “Drew Lock” and “swag” and “potential.”

Even John Elway, the team’s chief decision-maker, has not slowed the rumbling boulder of expectations, saying he has “confidence that the offense can score a lot of points. We have a lot of talent on that side. They’ve had a good camp. I like what [coordinator] Pat [Shurmur] is doing a lot on the offensive side.”

But there will be one rather significant question that swirls around the Broncos’ offense in 2020: Can Lock help a speedy and explosiveness offense overcome its youth and inexperience? The question is especially pertinent in a year in which no NFL team had any on-field work in the usual May OTAs or June minicamps or August preseason games. His leadership is especially important now that the Broncos have lost linebacker Von Miller to injury.

The Broncos are among the youngest teams in the league, especially on offense. In their three-wide receiver set that includes rookies Jerry Jeudy and KJ Hamler, with Phillip Lindsay at running back, the offense will average 24 years of age. The team overall has the seventh-youngest roster.

The results in a limited training camp have been spotty at best. Camp practices have been sprinkled with delay-of-game penalties, false starts, more than a few drops from the wide receivers and the usual summer sputtering.

Lock, always confident, showed plenty of potential during the final five games of the 2019 season, going 4-1, while throwing for 1,020 yards with seven touchdowns and three interceptions. It came against a mixed bag of defenses, though, and coordinators have now had an entire offseason to break down his game.

As Peyton Manning has said: “I would study the defensive coordinators, too, because I knew they were studying me.”

This will be largely uncharted ground for the Broncos. Since the NFL-AFL merger in 1970, the Broncos have had just three quarterbacks whom they selected in the draft move into the starting role in their second seasons — Brian Griese, Jay Cutler and Trevor Siemian.

All three of those quarterbacks did top 3,000 yards passing, and Cutler finished with 20 touchdowns passes, while Siemian had 18 and Griese 14. In those three seasons, the Broncos finished with a winning record once, a 9-7 finish with Siemian behind center in 2016 — also the last year Gary Kubiak was the team’s coach. None of those three teams made the playoffs. It should be noted, however, that none of those three also had the change in offensive coordinator Lock has between their rookie years and second seasons.

“We have good players sprinkled throughout all the positions,” Broncos coach Vic Fangio said. “… I’m excited to see where we’re at offensively. Will it be slow to show? I don’t know, it might be. I’m not going to put any floor or ceiling on them.”

Continuity could be an issue, though. Shurmur is the Broncos’ fifth offensive coordinator in the past five seasons. The Broncos have one player — an injured Courtland Sutton — at wide receiver, running back or tight end, who has caught more than 35 passes in any season. The offensive line features three new starters, including a rookie at center in Lloyd Cushenberry III. When Lock entered the lineup in Week 13 last season, he became the seventh quarterback to start a game for the Broncos since the start of the 2017 season.

Asked this past weekend how he thought Lock’s August went, Elway said: “It was a little inconsistent, but I think that’s what we expect. I think you have to get challenged. You have to have bad days in practice. You know how you bounce back from them, but also you’ll learn from those, too. I think it was a little bit of an up-and-down. … He finished strong, finished camp strong.” 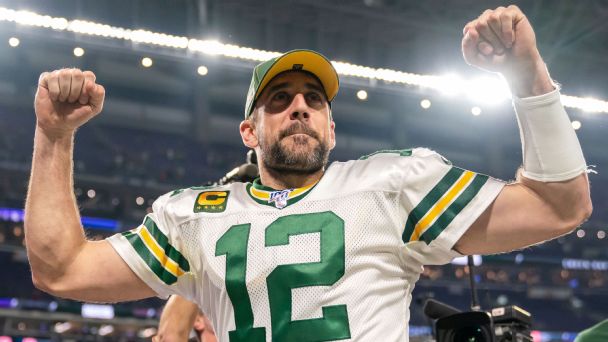 Last season, the Broncos had nine games with 16 or fewer points, started 0-4 and were 2-6 at the halfway point. They finished 7-9, and a better start this year could have them in contention for a playoff spot. But much of that depends on Lock.

“The easiest thing to do is establish a run game early to help Drew out,” Lindsay said. “Drew is going to be fine, and our offense is going to be fine. The receivers are going to do great. If we can take pressure off him and get the [defensive backs] and get the linebackers in the box, then it’ll be so much easier for Drew to do what he has to do.”

Lock has tried to stay focused on his day-to-day tasks and remains in do-the-work mode. Asked this past week what he was most “anxious” about before Monday’s season opener, Lock said: “Just the first snap, getting it going. I’m excited. It’s going to be different. … I think the thing you’re most anxious about is seeing how they come out and play you in the first game of the year. Are they going to do a lot of stuff they did last year, or are they going to change it up? Who’s playing what spot? They just picked [Jadeveon] Clowney up. Where are they going to play him? I think that’s what we are most anxious for, and we’ll take it from there. I’m just excited to finally get out on the field and stop playing against Vic’s defense.”