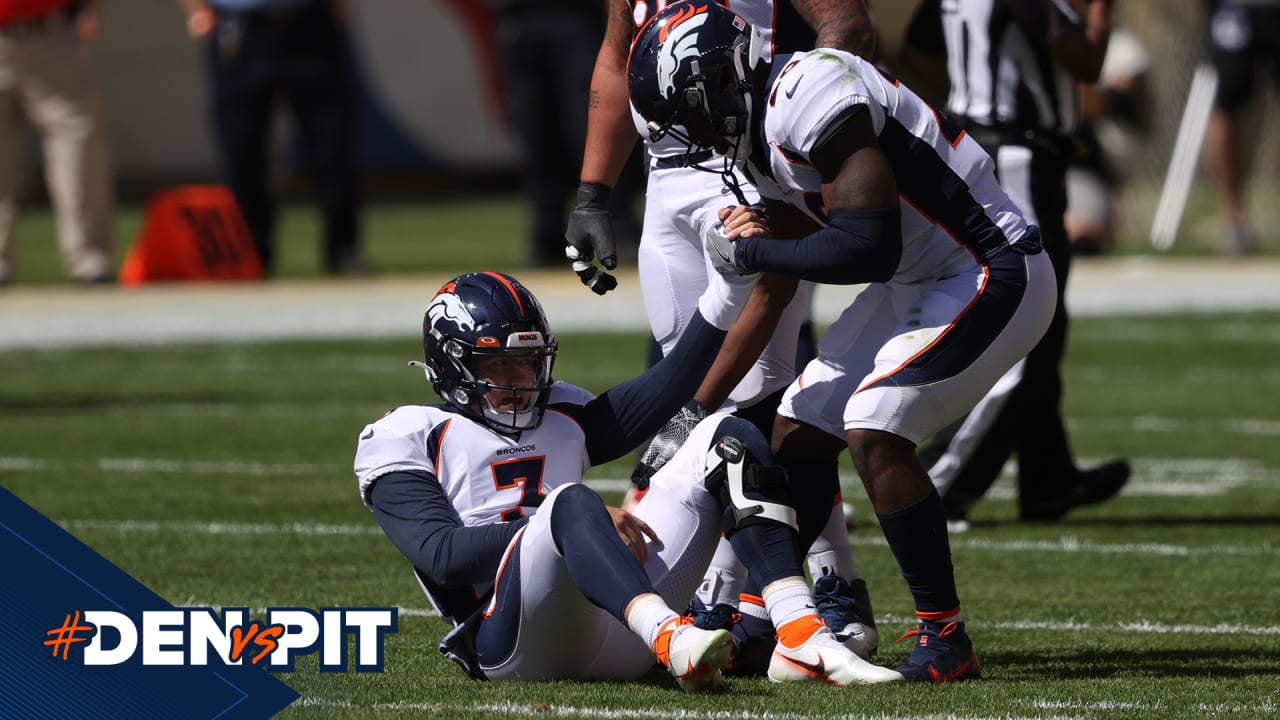 Quarterback Drew Lock is questionable to return after suffering a right shoulder injury in the first quarter of the Broncos’ game against the Steelers, the team announced.

Lock was hit hard and driven into the ground by Steelers linebacker Bud Dupree on a sack-fumble on a third-down play.

The second-year quarterback was looked at briefly on the bench before going into a medical tent on the sideline to be evaluated. He then went into the locker room.

Lock was replaced by Jeff Driskel on the Broncos’ ensuing drive.

UPDATE [12:17 p.m. MT]: Rookie wide receiver Jerry Jeudy was slow to get up after making a first-down grab, but he was ruled probable to return with an injury to his ribs.