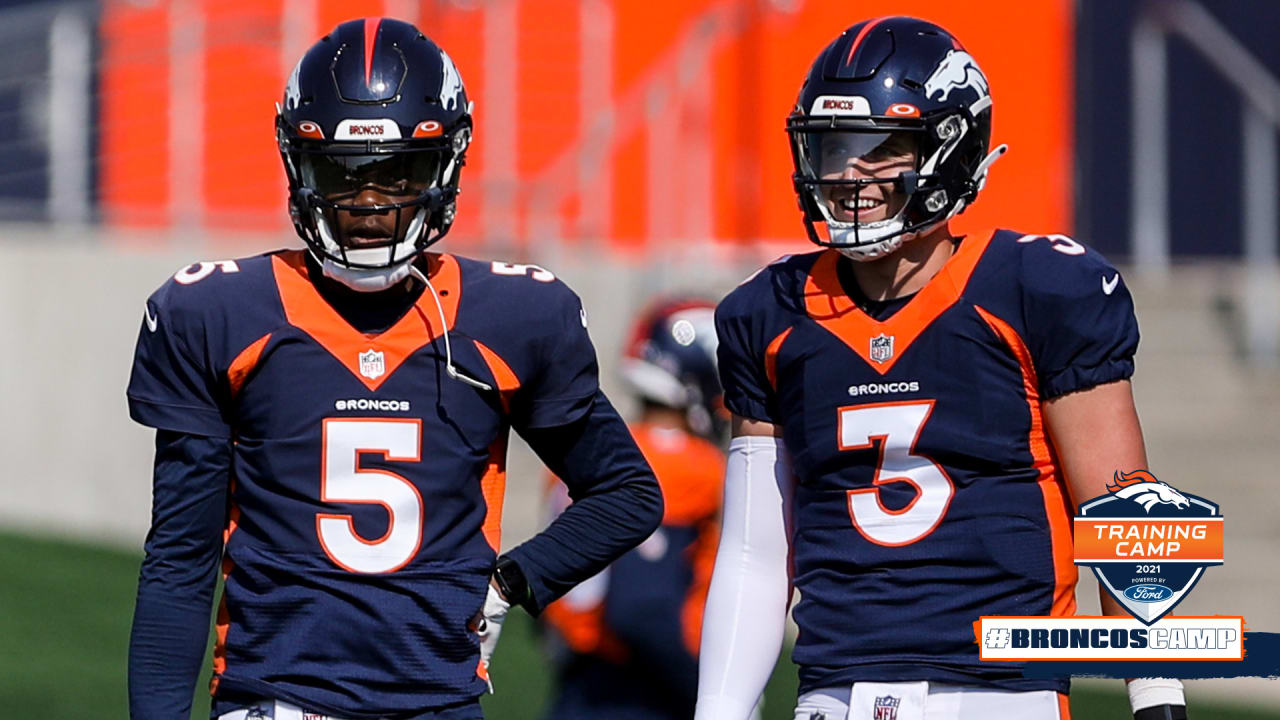 ENGLEWOOD, Colo. — When the Broncos kick off their preseason opener against the Vikings, Drew Lock will be under center for Denver.

Head Coach Vic Fangio announced Tuesday that Lock would start the team’s game in Minnesota and that Teddy Bridgewater will start the following week in Seattle.

The Broncos have not yet decided which quarterback will start in the final preseason game against the Rams.

Fangio said Lock will get the nod for “the same reason that we gave him the first team snap of the first practice,” which was that he was the incumbent starter.

Fangio said he was unsure how much each quarterback will play in the Week 1 preseason game.

“You have a hope, but what happens in these preseason games [is] sometimes you go out there and get a couple three-and-outs, and the other team’s driving it on you, so you can’t go by quarters and series and stuff,” Fangio said. “You’ve got to try to go by plays as best you can, because it can get skewed one way or the other. You [could] have a 12-play drive on the first opening drive — so we’ll keep a running tab during the game.”

Both quarterbacks will likely either play with the starting offensive line or a series of players that are “in the hunt” for starting jobs, according to Fangio.

“We’ve got four tackles that are competing, so they’ll be in there with two of those four,” Fangio said. “Same thing with the guards. It may not be what you view as the exact No. 1’s, but we’re confident with the guys we’ll have in there.”

Fangio reiterated that the competition is still “even steven” and that there’s not much separation between the two players. Fangio said it’s not a negative that neither quarterback has identified himself yet as the clear starter.

“I have confidence in both those guys,” Fangio said. “I really do.”

Fangio said the ultimate choice will be made based off a “total examination of everything,” including the preseason contests.

“Obviously I think the games, these practices we have coming up, we had a really good practice the other day where it was upscale a little bit — they all factor in,” Fangio said. “There is no grading scale. Ultimately we have to go by what we see. We’re keeping track of things, statistically — some more detailed stats than what you guys will do. They’ll be there for the information.”

Until they arrive at that decision, though, the competition will continue.

And in Minnesota this weekend, Lock will get the first shot.

As the Broncos prepared to head to Minnesota for joint practices, several players did not participate in their on-field work on Tuesday.

“His leg’s been bothering him,” Fangio said of Ojemudia. “So we wanted to give him today off. They had yesterday off, give him another day today. Hopefully that rejuvenates him a little bit and he’ll be able to go tomorrow — not guaranteed.”

Fangio said the team also hoped that the day off would help Watson.

Chubb was excused from practice for a personal matter but is expected to join the team for joint practices in Minnesota.