Even though he pulled quarterback Jalen Hurts early in the fourth quarter in a three-point game for backup Nate Sudfeld, and even though wide receiver Alshon Jeffery and quarterback Carson Wentz were healthy scratches, he insisted he was “coaching to win” and his decision-making was not influenced by 2021 NFL draft positioning. The 20-14 loss to Washington secured the No. 6 overall pick in April’s draft, while a win would have pushed the Eagles to No. 9 overall. 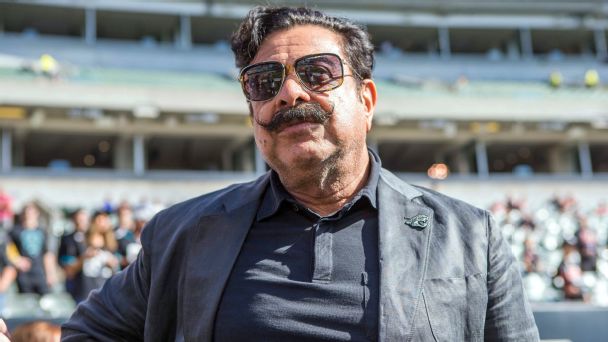 “Pretty simple. I wanted to get — the plan this week was to get Nate some time,” Pederson said. “I felt like it was the time to get him in the game.”

However couched, the clear perception is that Philadelphia did not put its best foot forward in a game that decided which team would win the NFC East. And it is perception that matters, as Eagles center Jason Kelce reminded us a couple of weeks back.

Asked about the notion of evaluating young players in a down season versus playing those who might give your team a better chance to win, Kelce responded with an epic riff about the importance of culture and integrity and spilling every last ounce of an organization’s energy in the pursuit of winning, no matter the circumstances.

“Nothing takes precedence over trying to win a football game. I don’t care who you are trying to evaluate, I don’t care if you’ve lost every game, you’re 0-15 and it’s the last one you’ve got, everything is about winning in this league,” Kelce said. “I know that won’t appease a lot of people out there that always want to talk about getting better draft positions or getting looks at certain guys to see what you’ve got for the future. But the moment a team feels like you as an organization aren’t doing your job for me to go out there and win, all of a sudden you’ve shown who you are. You don’t care about me or this team. You care about the future. That’s not what the focus is here; that’s not what the focus is on any winning organization’s team.”

How does that square with what Philadelphia did Sunday night? Is there concern about the long-term ramifications that a game like this can have on the culture of the Eagles’ locker room and the prideful veterans in it?

Jason Kelce passionately explains why winning takes precedent in the NFL over everything, including evaluating youth in a down season. pic.twitter.com/x9CyzqQ47e

“No, I don’t think so,” Pederson said. “I just think that we were in a situation to get some guys in the football game and play and help us try to win this game. Kelce, obviously, he’s such a great competitor and just like all the guys that want to win and do everything in their power who are out there playing. He’s obviously a great leader, but I don’t think there will be any issue with our culture moving forward.”

The most puzzling thing is the decision-making ran not just against Kelce’s creed but also Pederson’s. The coach has always prioritized putting a winning product on the field above all else, to the point that it was maddening to the Philly fan base this season when Jason Peters got reps over Jordan Mailata at left tackle and Jeffery siphoned snaps from Travis Fulgham at wide receiver even though it was a lost season and the Eagles needed to groom players for the future.

Why would Pederson suddenly depart from that? Because the team’s elimination from the playoffs was official?

Pederson, 52, said the decision was his alone and not influenced by the Eagles’ front office or the desire to get a better draft pick.

Doug Pederson emphasizes that he was coaching to win the game vs. Washington and Nate Sudfeld deserved an opportunity to come into the game for Jalen Hurts.

It should be noted that Kelce, 33, did start and finish the Week 17 game despite dealing with a number of injuries throughout the season, extending his consecutive start streak to 105 — tops among centers. So, too, did tight end Zach Ertz, who is likely to be traded this offseason after being unable to secure an extension in Philly, running the risk of getting hurt and lowering his value.

Long after the game was over, Kelce, Ertz and Wentz returned to the field early Monday morning and talked on the sideline for over half an hour before finally disappearing through the tunnel, perhaps for the last time.

It was not the way these players deserved to go out. It’s not, as Kelce said, what winning organizations do. One game is not going to wipe out a strong culture built up over decades, but it was the wrong note to hit during a period of transition, where the old guard — the defenders of that culture — is being replaced by an impressionable young group that hopefully knows better.