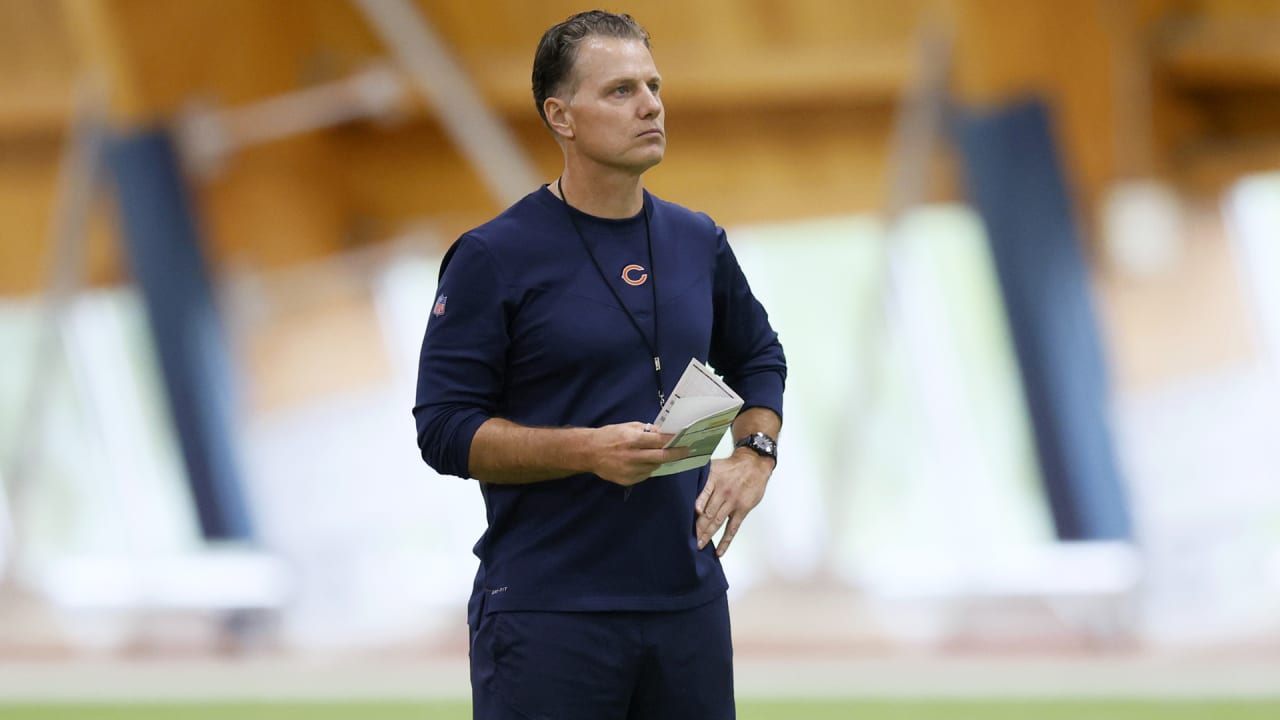 While they’re away from Halas Hall, Eberflus hopes that players will not only condition their bodies but their minds.

“We want them to grow both mentally and physically, not just in football but in life during the course of the offseason,” he said. “The veterans have like 40 days before they come back. That’s a good chunk of time to get better personally, get better physically and as a whole man to be able to do that in the offseason. Spend some good family time as well.”

Eberflus intends to do just that during the down time with his wife, Kelly, and their daughters, Giada and Grace.

“It’s family time for me and the girls,” Eberflus said. “That’s an important piece. I spend a lot of time reading. I will probably get through three books. I’ve got three already picked out. I’m going to read this summer. I do golf a little bit, so I will do some of that and then start reflecting on the season; setting your mind up for what is going to happen.

“There’s going to be adversities for the season, and then how you’re going to respond to that as a head football coach and as a football team. So, get your mind prepared for that. Take the notes that you have, that you’re going through, and that’s what I will be doing here, and then I will come back a week or so early to get set up for the camp, make sure schedules are all squared away.”

Eberflus accomplished one of his main objectives during the offseason, which was establishing a culture at Halas Hall.

“The team coming together, I feel most comfortable with that,” he said. “We’re able to look each other in the eye and tell the truth, and it’s OK. It’s OK to be wrong. It’s OK to be right. It’s just honest communication. Man-to-man, face-to-face, no problems. And that’s encouraging because you have to have that as a team because you have to be close that way, because you’re going to have adversity and you’ve got to be honest with each other.”