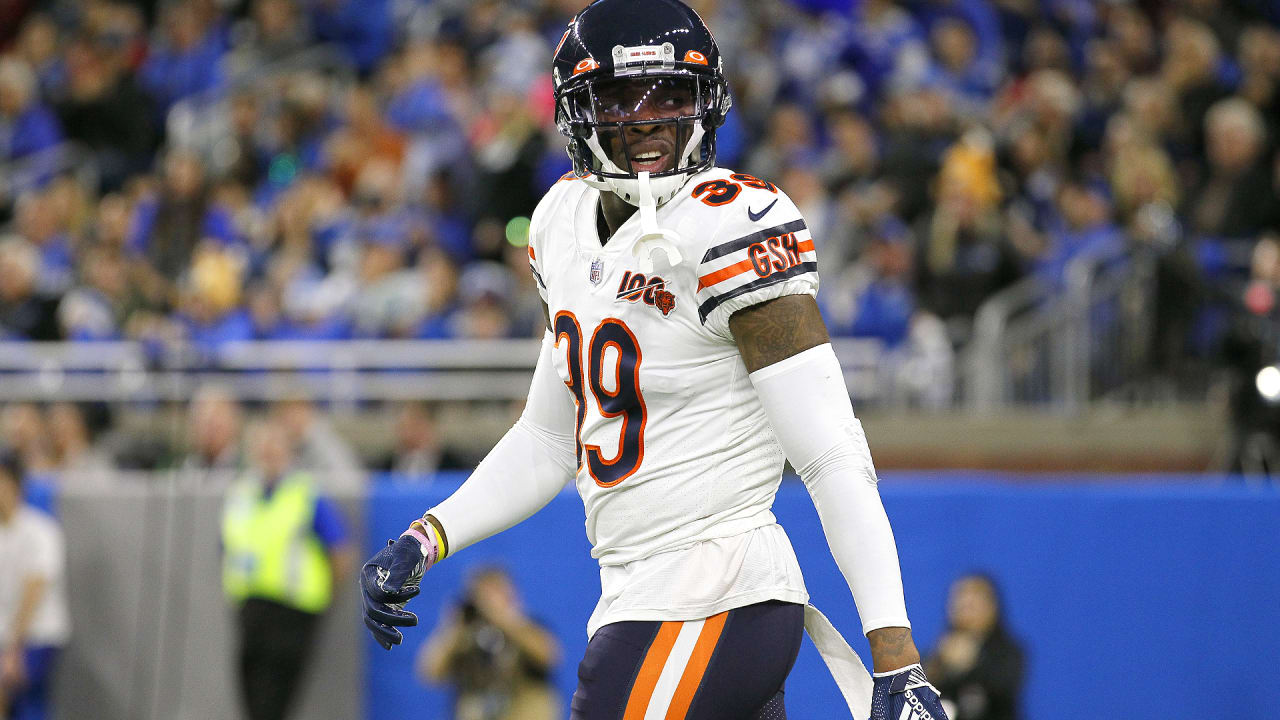 The interception was Jackson’s first of the season.

“It felt pretty good, but most importantly we got the win,” he said. “That was the best feeling; two games in as row right now, trying to make it three and win out.”

The Bears didn’t have much time to enjoy the victory; they returned to the practice field Sunday to begin preparing for a second straight Thursday game, this one a prime-time contest against the Dallas Cowboys at Soldier Field.

Jackson was a cornerback during his first two seasons with the Crimson Tide in 2013-14 when Cooper was on his way to becoming the school’s all-time leading receivers. He didn’t realize it at the time, but Jackson benefitted from battling Cooper in practice.

“There was one time in practice he was killing me,” Jackson said. “I was a freshman. I looked back at coach [Nick] Saban and he said, ‘Don’t look back at me, Eddie, I’m not going to take him off you.’ It really was him that got my coverage skills good like this.

“Coach Saban put me in that fire early. I feel like he knew that going up against Coop was going to bring the best out of me. It did. Honestly, going up against a guy like that every day in practice, it’s just a challenge but in the end it all pays off.”

Cooper dominated their one-on-one matchups when Jackson was a freshman in 2013, but the competition evened out the following year.

“Going into spring ball after my freshman year that’s when everything came and I got him,” Jackson said. “We were going one-on-one. It used to be Amari, Amari, Amari. But now it was Amari, Eddie, Amari, Eddie. He helped me build and get me polished.”

“It’s fun, it’s competitive,” Jackson said. “There’s a little chitter chatter here and there, but at the end of the day it’s all love. You really get to see how it feels being on the other side of the guys and see how opponents felt in college.”

Jackson already knows all to well what it’s like to face Cooper, who has been voted to the Pro Bowl in three of his first four NFL seasons. Selected by the Raiders with the fourth pick in the 2015 draft, he caught 72 passes for 1,070 yards and six touchdowns as a rookie and 83 passes for 1,153 yards and five TDs in 2016.

Cooper was traded to the Cowboys midway through last season and helped lead Dallas to the NFC East championship and a playoff win over the Seahawks. This year he leads the Cowboys with 64 receptions for 971 yards and seven touchdowns.

“He can do a lot of different things,” Jackson said. “Route running. He’s fast. He can stretch the field vertically. Good release guy. Knows how to drop his weight and shift in and out of routes pretty good. He’s a guy we’ve got to bring it every play.”

Tags: he jackson was