COSTA MESA, Calif. — The Los Angeles Chargers played without Hunter Henry for all but one game last season because of a torn ACL in his right knee.

Now, the Chargers will once again have to go without the talented tight end for the foreseeable future, as the team announced Wednesday that Henry suffered a tibia plateau fracture to his left knee during Sunday’s game against the Indianapolis Colts.

Though no official time frame for his absence has been established by the team, the Chargers believe that Henry will be sidelined four to six weeks, according to ESPN NFL Insider Adam Schefter.

Henry suffered the injury in the fourth quarter against the Colts when a defender hit him in the legs to bring him down. Henry missed some time but eventually returned to the game.

Clay: Fantasy Intel on all 32 teams

Henry finished with four receptions for 60 yards in the Bolts’ win. Like last season, the Chargers could look to Antonio Gates as a potential replacement. He remains available.

However, when asked if he had reached out to Gates, Chargers head coach Anthony Lynn said: “I have not been in contact with Antonio. I’m not sure what his situation is.”

It’s fair to say the ship has sailed on another Gates return.

So for now, the Chargers will rely on backup tight ends Virgil Green and Sean Culkin taking on larger roles in the offense.

In particular, Culkin, a third-year pro from Missouri, looked more confident catching the ball in training camp, finishing with five catches for 41 yards during the preseason.

Culkin said he benefited from spending last season with Gates.

“He’s so savvy and how to get separation on top of the routes, especially in the red zone,” Culkin said about Gates. “He’s just very unorthodox on how he does things for the tight end position. Some of it is just crazy how it works. Being able to see what he does, watch film and then talking to him, having him right there next to you in the meetings — I mean that was a dream come true, for sure.”

Culkin could develop into a reliable target in the middle of the field for Philip Rivers.

More known for his run-blocking, Green could also emerge as a receiving threat with Henry out.

“In the tight end room, we’ve got to be one of the smartest guys on offense, next to the quarterback,” Green said. “So we take a lot of pride in our preparation and making sure if something like this does happen, the next man up is thrown in there and nothing drops off.

“Obviously, Hunter is a hell of a player, and changes our vibe because he brings a lot of swag to our group. He definitely will be missed. My role each week is to be an enforcer — that’s how I made it in the league. There’s nothing pretty to it, I’m a grinder. But I think our coaches do a great job of putting us in positions to look good.”

The Chargers also could add a third tight end to the active roster from the practice squad for Sunday’s game against the Detroit Lions, with either Matt Sokol, who was with the team during training camp, or recent addition Stephen Anderson available.

“Virgil and Sean do a good job, so they have to pick up the slack,” running back Austin Ekeler said. “That’s the opportunity they have, to show what they’ve got. The next guy has to step up, that’s how it goes for everything.” 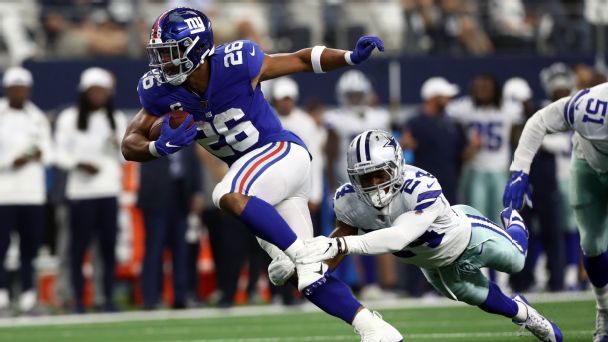 While Culkin and Green will contribute, the Chargers probably will fill the void left by Henry’s absence in the passing game by leaning on three-receiver sets, led by Keenan Allen, Dontrelle Inman and Travis Benjamin since Mike Williams‘ availability is in question because of an injured knee.

The Chargers ran two-tight-end sets on 22 of the 59 offensive snaps last week. But with Henry out, offensive coordinator Ken Whisenhunt could go with a more experienced personnel grouping with three receivers.

Allen is one of the best slot receivers in the NFL, and could run similar routes over the middle of the field and in the red zone that Rivers would usually look to target Henry. According to ESPN Stats & Information, Allen finished with five receptions for 76 yards from the slot against the Colts last week.

Allen remains underappreciated nationally. He has made the Pro Bowl the past two seasons, and since 2017 the former Cal player is tied for third in the NFL in receptions (207) and No. 4 in receiving yards (2,712).

Both Inman and Benjamin have earned the trust of Rivers over the years by making plays in critical moments of games.