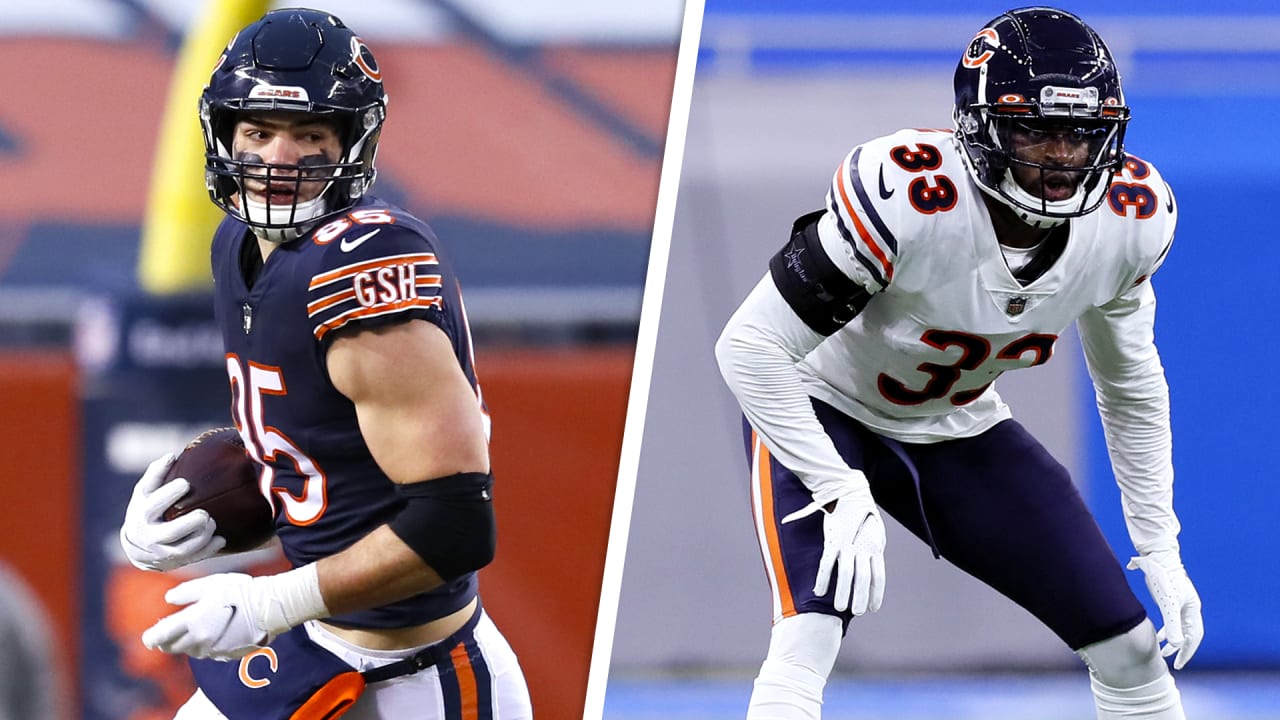 “He improved every week last year,” said Bears tight ends coach Clancy Barone. “The more you do something, the better you get at it. So the more reps he got, the better he got with just playing football—with his run blocking, his pass protection, his route running; knowing how to run certain routes versus man and versus zone and things like that.”

Barone is confident that Kmet will build on that success and continue to develop as he gains more experience, especially when it comes to making correct post-snap adjustments.

“The big thing for him moving forward is going to be taking the next step in that progression, and a lot of it is understanding pre-snap versus post-snap, how to adjust things on the run,” Barone said.

“When the picture changes while you’re moving, that’s something that all young players seem to struggle with at all positions, and Cole is no different. That is going to be a big goal for us moving forward this spring is to get him to be more at ease with adjusting to plays in the game after the ball is snapped.”

When Kmet was seeing more playing time over the final two months of last season, he often was on the field with fellow tight end ﻿Jimmy Graham﻿.

Johnson, meanwhile, was chosen by the Bears with the 50th overall pick in the second round out of Utah. A Day 1 starter, the 6-foot, 190-pounder led the team and tied for ninth in the NFL with 15 pass breakups. Two of the breakups resulted in interceptions by teammates Kyle Fuller and ﻿Tashaun Gipson Sr.﻿

“He’s versatile,” defensive backs coach Deshea Townsend said of Johnson. “He’s not a small guy. He can match up with different types of receivers. He can go against a big receiver, smaller receivers. He’s a willing tackler. And then just his knowledge of the game, he’s a sharp kid. He understands what offenses are trying to do, and that’s impressive.”

Johnson made an immediate impact as a rookie, preserving a Week 1 win in Detroit by batting away a pass in the end zone as time expired. He missed the final three games due to a shoulder injury but is expected to be able to practice full speed when training camp begins in late July.

Tags: he more when