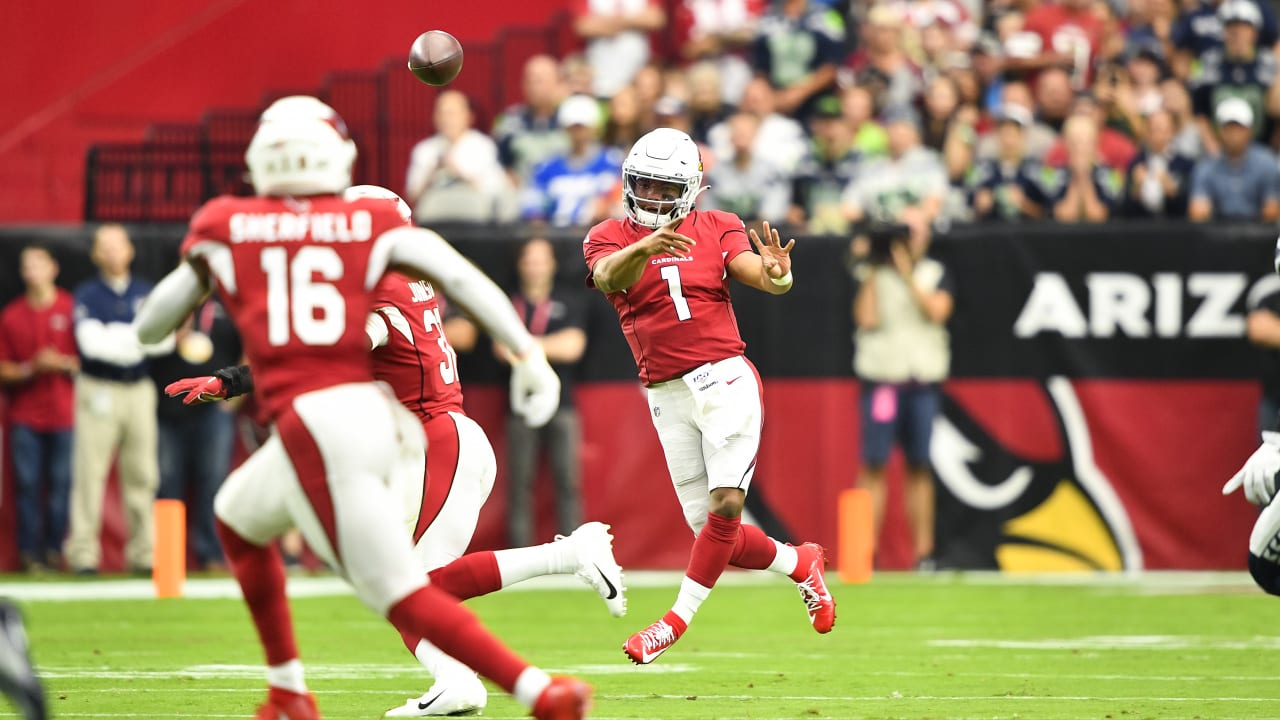 The Cardinals had a major offensive turnaround in 2019, finishing No. 13 in the NFL after a historically poor performance the year prior. It’s often hard to sustain such improvement, which is why Football Outsiders has the Cardinals finishing in the same spot in 2020.

Schatz, though, said his prediction model may be too conservative.

“Subjectively, I’ll tell you, I expect them to be much better,” Schatz said. “I’m a Kyler Murray believer.”

The additions of defensive tackle Jordan Phillips, inside linebacker De’Vondre Campbell, outside linebacker Devon Kennard and hybrid defender Isaiah Simmons should help fuel improvement, Schatz said. Football Outsiders projects the Cardinals to finish No. 18 in the NFL defensively in 2020.

The NFC West is projected to be a gauntlet, and Schatz believes there is “absolutely” the possibility that any of the four teams – the Cardinals, 49ers, Rams or Seahawks – could win it. San Francisco made the Super Bowl last year and is the conventional favorite, but Football Outsiders expects it to regress in 2020.

“First of all, every team has a chance to win their division because the NFL has a lot of randomness,” Schatz said. “And this year is going to have more randomness than most (due to COVID-19), and we need to understand that.

“That being said, we have the entire NFC West with average projections over 8-8. The entire division is above average, and it is a big deal that we don’t have the 49ers way ahead of the rest of the division. A big reason for that is what we call the plexiglass principle, which suggests that teams that take a big improvement from one year to the next will tend to regress in the third year. In the 35-year history of our numbers, the 49ers last year were the first team to ever have their DVOA on both sides of the ball improve by over 20 percent. Thirty-five years and it never happened.

“So when you see that much improvement on both sides of the ball in one year, you expect some reversion in the third year, especially when you have personnel losses – and the 49ers lost DeForest Buckner off their defense and Emmanuel Sanders off their offense. So we have the 49ers as part of the pack. We don’t have them as a Super Bowl favorite.”

The Cardinals are still projected to finish fourth in the NFC West, but the gap has closed considerably, and a slight outplaying of Football Outsiders’ expectations would give the team a solid chance at the postseason, and possibly even the division title.

“It’s a good time to be a Cardinals fan, assuming we have football,” Schatz said.