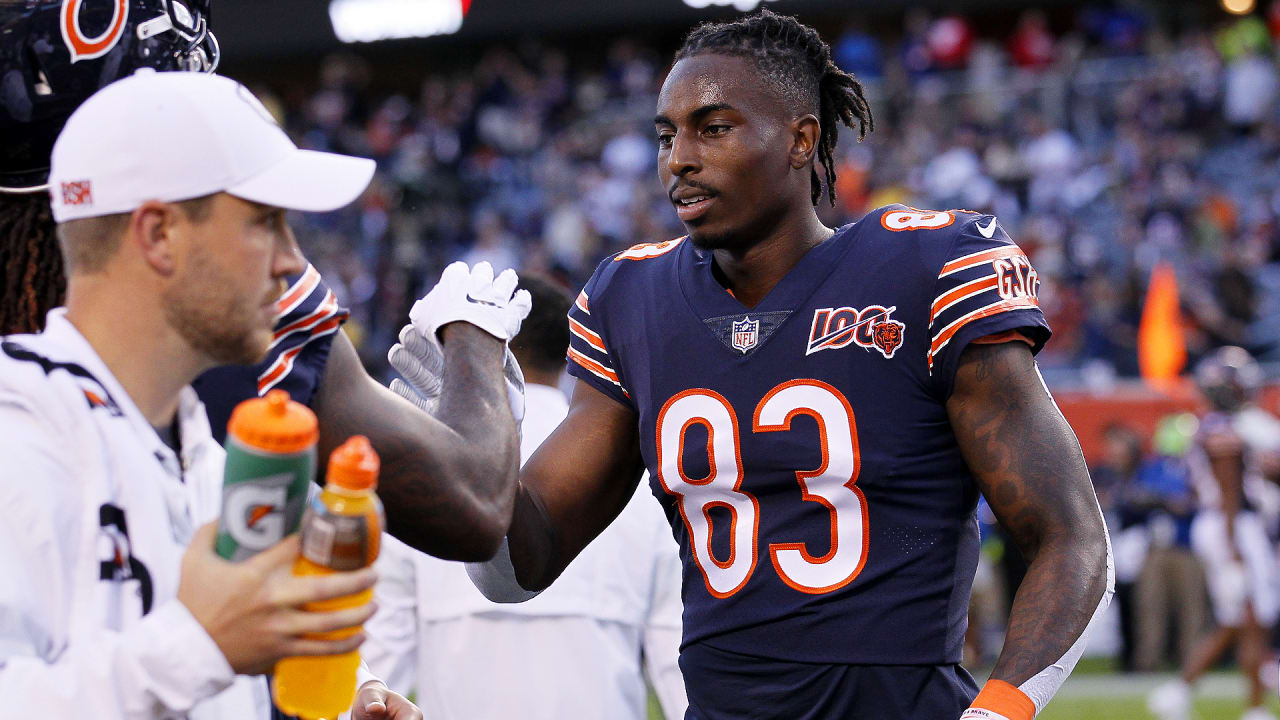 Bears receiver Javon Wims was disappointed and confused when his mom picked him up from his first-grade classroom on his 7th birthday and told him that he’d have to wait several days to celebrate.

“I remember when it first happened,” Wims said. “I was in elementary school. My mom said, ‘We’re going to celebrate your birthday this weekend. We’re not going to do it today.’ I didn’t understand why at first. Then growing up I understood that that was a day that a lot of people lost their loved ones.”

For Wims and others with Sept. 11 birthdays—former Bears players Caleb Hanie and David Bass are among them—celebrating on the anniversary of such a somber day presents quite a conundrum. Is it appropriate to party on a day that is widely associated with death and destruction?

Grade-school students in New York made a video in which they state that those born on Sept. 11 have had their birthdays taken away and ruined.

A girl in Boston named Dahlia Gruen started a website for people with Sept. 11 birthdays. “Since my 10th birthday became a day of national tragedy, I have grown to accept that my special day will never be the same,” she wrote. “I designed this website several months after the attacks to remember the good that was born on this day and to see what good we can do since we have this shared birthday.”

Suggestions on Gruen’s website for those with Sept. 11 birthdays include wishing for love and peace throughout the world while blowing out candles on a cake, lighting an extra candle on a cake in memory of those who lost their lives and bringing a cake to a local fire station to show appreciation for the job that firefighters do.

Asked how he handles the situation, Wims said: “I try to find joy every day, not only on my birthday. I understand what [9/11] means to America. But it’s also the day I was born.”

When Wims shows his license or fills out a form that requires his birthday, people frequently make comments.

“They’re usually shocked,” said the Bears receiver. “It’s like they see a unicorn when you tell them your birthday is on 9/11.”

Wims doesn’t have any big plans to celebrate his 25th birthday Wednesday; he’s too busy preparing for Sunday’s game against the Broncos. But the day is a reminder to him that life is to be cherished—especially for someone who grew up in a rough neighborhood in Miami.

“I just thank the lord I’ve got another year,” Wims said. “A lot of people my age growing up where I’m from—Miami, Florida and then Jacksonville, Florida—they don’t get to see 25. I’m 25 and doing something I love. It’s a blessing.”

Who is the Chicago Bears’ most pleasant surprise…

Why Fridays are tougher on Cowboys QB coach Doug…