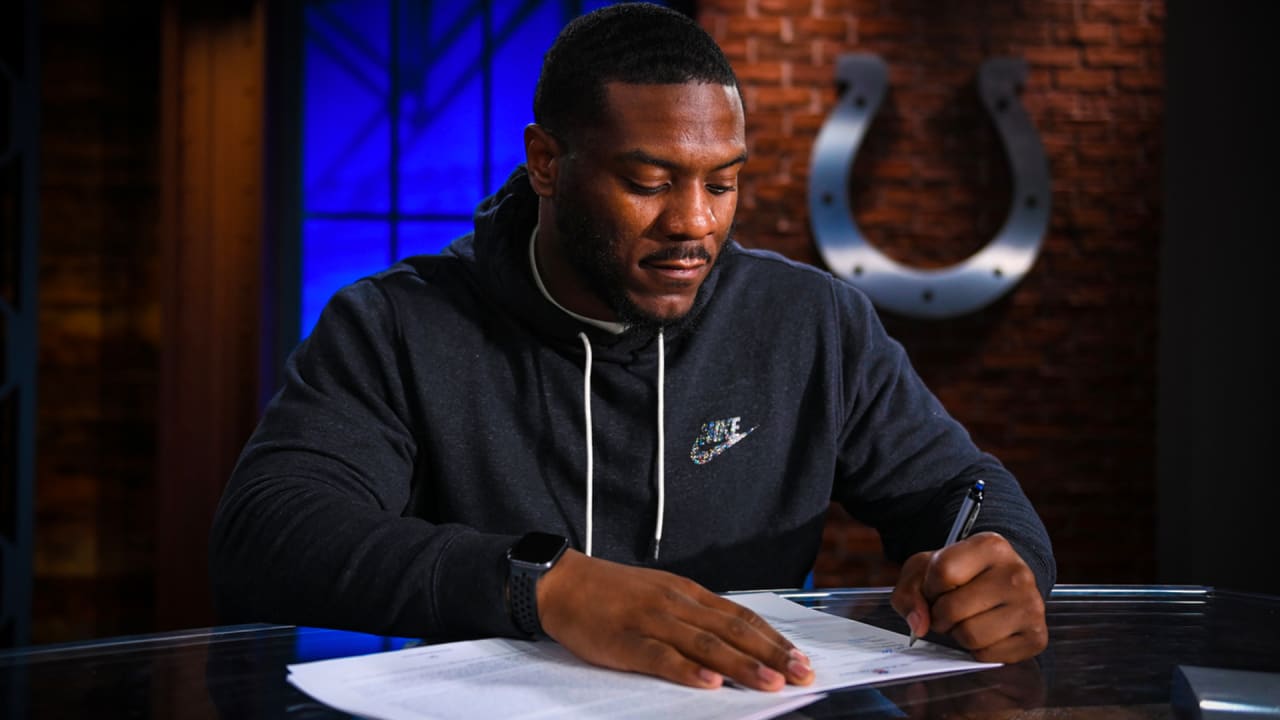 Zaire Franklin thought it was a joke.

Ninety-seven? That’s the number assigned to me? As a linebacker?

A few days after the Colts picked him in the seventh round of the 2018 NFL Draft, Franklin had to put on a No. 97 jersey – not exactly a number worn by many off-ball linebackers in the NFL – for his first practices with his new team. It was a harsh reminder about how difficult it’d be to navigate his way to a place in the league.

But Franklin wasn’t discouraged by it. He was motivated.

“It made me work harder, made me tough through it and through the ups and downs, the highs and lows of my career, continue to push and persevere,” Franklin said. “It definitely, to be in this moment now, it’s validation of everything I put in and all the hard work I put in and the blood, sweat and tears.”

During one of the wildest NFL offseasons in recent memory, those contracts may have gone under the radar amid the churn of earth-shattering trades and big-splash free agent signings.

But for the guys actually putting pen to paper, those contracts mean so, so much. Security, stability, validation – those were some of the emotions those players experienced last week.

A friend of Alie-Cox texted him after news broke of his extension: “Did you cry?”

“I’m like nah, I didn’t cry,” Alie-Cox smiled. “It just feels secure. I guess it hasn’t really hit me yet, but it kind of hit me now that I’m back in the building and seeing all the love and getting everyone congratulating me. But it just honestly feels great having that long-term security going forward and just knowing I’m going to be a key piece and help this team move forward.”

Lewis was able to re-up with the Colts while rehabbing from a season-ending knee injury suffered while returning an interception in Week 8 of the 2021 season against the Tennessee Titans. Getting that second contract despite suffering a devastating injury – both the severity and timing of it – reinforced the confidence Lewis feels the team has in him.

“It means everything to me,” Lewis said. “Despite everything that happened last year, it just goes to show the organization’s a first-class organization, Chris (Ballard) still believes in me and the relationships here amongst the trainers and everyone in the building, it’s the best you could imagine. I’m thankful and excited to get going again.”

For Facyson, the opportunity to come to Indianapolis meant plenty to a guy who fought his way into the NFL as an undrafted free agent, then had to toil on the Los Angeles Rams’ practice squad last year before he got another opportunity on an active roster with the Las Vegas Raiders.

“I can’t even describe the emotion. I’m just so thankful, to be honest,” Facyson said, pausing to collect his thoughts. “… Man, it just means everything. I’ve been through some things, and it’s just like everyone else, everyone goes through things, it’s how you come out of them. You gotta keep your faith and one day at a time.

“Honestly, I don’t even think it’s kind of hit yet. But I started to feel the emotion, and you probably hear it in my voice a little bit, but I’m so thankful. I can’t thank this organization enough for believing in me. I just want to do whatever I can to help this team win, help this team as an organization, I can’t wait to get here and just explore and get to know more about this beautiful place.”