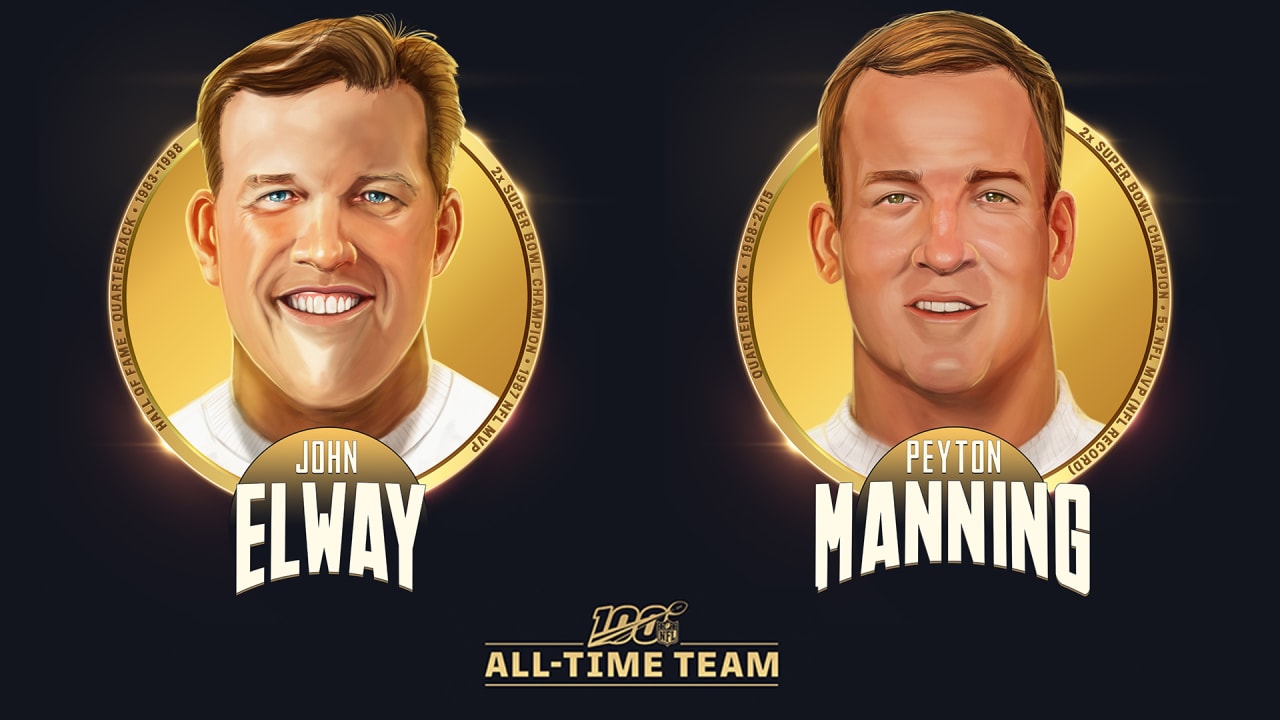 Manning was just as dangerous a quarterback as Elway, even if he didn’t have the same arm strength or mobility. Rather, it was his ability to process information quickly, his accuracy and his understanding of the game — in addition to a reliable arm — that made Manning one of the greatest quarterbacks ever.

Perhaps even more impressive was how he revolutionized the game through the air. By the time he retired, he was pro football’s all-time leader in passing yards and passing touchdowns, and he still holds the record for most passing touchdowns in a single season.

“Peyton was such a spectacular player,” Patriots quarterback Tom Brady said on the show. “We had so many great games against him. To be on the other sideline, you just knew the margin of error was razor thin. He was a relentless competitor. And I think he had incredible expectation[s]. One thing I really admire — I felt like as a 199[th-overall] pick, I had a year where I could essentially just learn and play with no expectation. I mean, he was the first pick overall, he was probably the top-rated recruit in high school, and then ends up having the most prolific career of anybody that’s ever played. I think that speaks a lot about him about expectation and meeting expectation, as well. Only he himself could really match his expectation; he was that type of athlete and competitor.”

Manning and Elway are two of three former Broncos selected to NFL 100 All-Time Team. Cornerback Willie Brown, who played for the Broncos from 1963-66 before spending 12 seasons with the Raiders, is the other.

Tags: Game he was