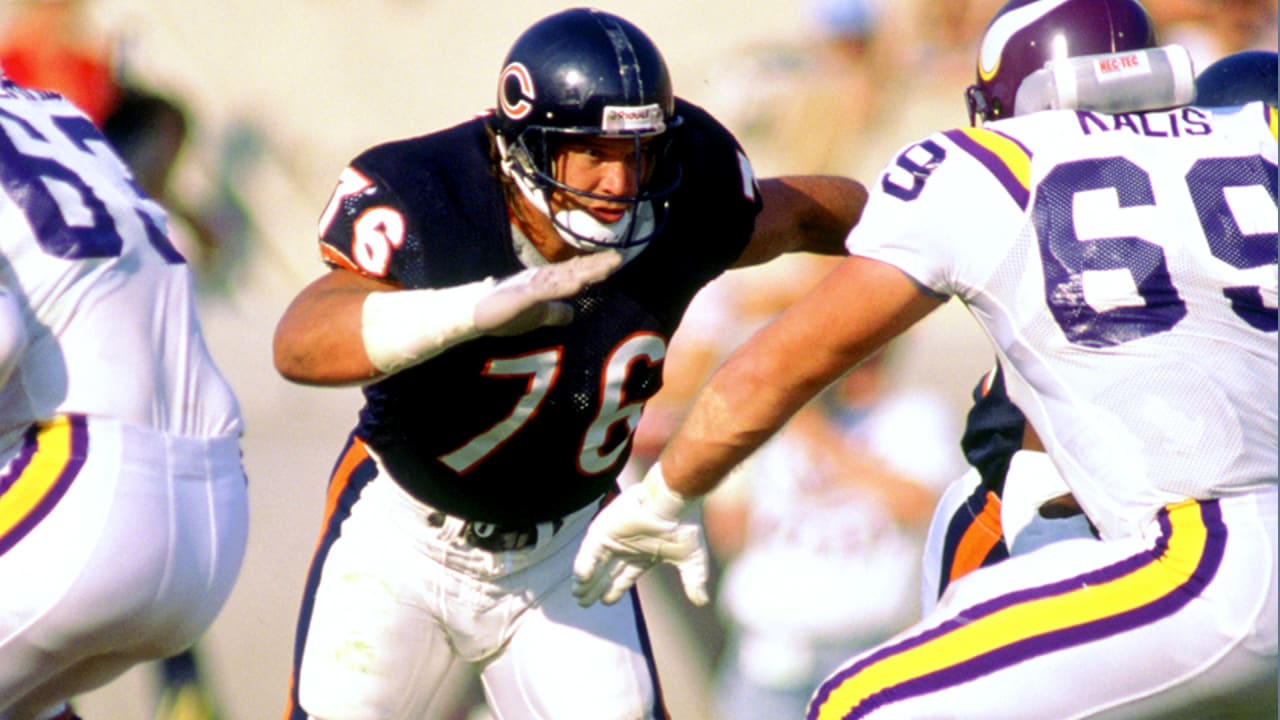 Throughout Steve McMichael’s illustrious career as a Bears defensive tackle from 1981-93, the Texas native was gregarious, boisterous and as loud as the Hawaiian shirts he’s fond of wearing.

A warrior on the football field—McMichael still holds the Bears record with 191 consecutive games played—he exuded toughness and intimidation. He routinely penetrated into opposing backfields with all the subtlety of the Kool-Aid Man breaking through a brick wall to deliver the powered drink.

Sadly, a horrible debilitating disease has already started to rob McMichael of many of the unique attributes that made him such a popular player and personality. The 63-year-old was diagnosed with ALS (Amyotrophic Lateral Sclerosis), also known as Lou Gehrig’s Disease, following visits to the Mayo Clinic in Minnesota last September and Rush University Medical Center in Chicago in early January.

McMichael decided to make his diagnosis public Friday via an article in the Chicago Tribune. In the story, it’s reported that the once hulking 6-2, 270-pounder has lost 60-70 pounds, can no longer raise his arms or hold anything in his hands, and likely will soon be confined to a wheelchair.

“I promise you,” McMichael told the Tribune, “this epitaph that I’m going to have on me now? This ain’t ever how I envisioned this was going to end.”

ALS is a neurodegenerative neuromuscular disease that results in the progressive loss of motor neurons that control voluntary muscles. The affected muscles are responsible for chewing food, speaking and walking. Motor neuron loss continues until the ability to eat, speak, move and finally breathe is lost.

Former Bears teammates were shocked and saddened when they learned of McMichael’s diagnosis, especially given his durability and grit while toiling in the trenches for more than a decade.

“We were all just in disbelief,” said Hall of Fame defensive lineman Dan Hampton, McMichael’s longtime friend and Bears teammate from 1981-90. “He’s been my wingman for 40 years. The last few months have been unbelievably hard. Here’s a guy that was [former pro wrestler] Man Mountain Dean and now he’s got a lot of issues.”

Former Bears guard Tom Thayer, McMichael’s teammate from 1985-92, knew something was wrong a few weeks ago when he received a late-night voicemail from McMichael and his wife, Misty.

“I called him immediately, and that’s when he told me,” Thayer said. “I was devastated. I was devastated because of the experiences I’ve had with people I’ve known who have had ALS. We know how destructive it can be.

“When I was hearing him for the first time on the telephone, in my mind I’m still seeing ‘Mongo,’ I’m still seeing the Steve McMichael that I know. But a couple of days later I went out to his house to visit him, and then it takes on a whole different life when you actually get to see him for the first time. You see how devastating the disease can be and the toll that it’s already taken on him. That’s just like a big punch in the gut.”

With the seemingly invincible McMichael getting sick, some former teammates have been reminded of when ultra-durable Hall of Fame running back Walter Payton shockingly lost his battle with bile duct cancer in 1999 at the age of 45.

“I couldn’t believe, if you look at the ’85 team, that Walter Payton was the first person to pass away,” said Gary Fencik, a Bears safety from 1976-87. “You’re like, ‘That’s impossible.’ But with Steve, with his braggadocio alone, you’re [thinking], ‘There’s no way that ALS is going to [mess] around with a guy like that.”

One bit of good news is that McMichael hasn’t lost his sense of humor or bigger-than-life personality, attributes that helped him earn the nicknames “Mongo” (based on the character played by Alex Karras in the classic movie “Blazing Saddles”) and “Ming the Merciless” (a fictional character who rules the plant “Mongo.”)

“In the 3-4 months that have transpired since they were given this horribly brutal news, Steve, with his typical gusto, has kind of had that gallows humor in trying to deal with this horrible disease,” Hampton said. “I was always proud of the fact that when he and I were playing defensive tackle, a lot of people said we were the best duo ever. But I don’t know that I’ve ever been more proud [than now]. I mean, he’s had such an amazing attitude about trying to come to grips with this.”

Although it’s difficult to imagine McMichael playing for any team other than the Bears, he actually entered the NFL with the New England Patriots as a third-round draft pick in 1980.

“I came to practice [with New England] like the wild man I was portraying at the University of Texas,” McMichael said in a 2016 interview with ChicagoBears.com during a trip to training camp in Bourbonnais. “Nobody appreciated it. That’s why they weren’t winning.”

McMichael was released by the Patriots before the start of his second season after playing hard both on and off the field.

“I would fight in practice and I would stay out all night in the Combat Zone,” McMichael said, referring to Boston’s adult entertainment district. “But if you can perform, go experience life, young man. The coaches called me up. They said, ‘Steve, we think you might be able to be a second-stringer in the league, but we think you’re the criminal element, so get out.'”

Looking to replace injured defensive tackle Brad Shearer, the Bears signed McMichael in 1981 to back up future Hall of Famer Alan Page, who was in his final NFL season. Soon after McMichael arrived in Chicago, he was summoned to a meeting with owner George Halas.

“The first thing Halas tells me up in his office is, ‘Son, I’ve heard what kind of [expletive] you are in practice. Don’t change,” McMichael said.

With Papa Bear’s approval, McMichael stepped onto the Bears practice field with the same nasty demeanor that led to his departure from New England.

“This is what I say about a pack of wild dogs: when one of them is mean, they’re all going to be mean,” McMichael said. “And that’s when you get good in practice. That’s when you’re practicing game tempo. The receiver running full speed in a game, the pass isn’t behind him because he wasn’t doing that in practice. That’s the value of things like that.

“I learned what I could and couldn’t do on Sunday practicing like that. I wasn’t going to swim a guy as tall as [6-7 right tackle Keith] Van Horne. And if it’s a little guy, I better get him out of my way.

“When you’re on the Serengeti on safari in a Jeep and there’s a rhinoceros blocking the way, don’t jump out of the Jeep and run into him. Stay in the Jeep and ride it around him as fast as you can and kill the quarterback.”

McMichael frequently got to the quarterback—he still ranks second in Bears history behind Hall of Famer Richard Dent with 92.5 career sacks, an impressive total for a defensive tackle. McMichael helped the Bears win six division titles and was an instrumental part of the 1985 Super Bowl championship defense that many consider to be the best in NFL history.

Individually, McMichael was a two-time first-team All-Pro, a three-time second-team All-Pro and a two-time Pro Bowler. He was chosen as the 19th best player in Bears history in 2019 by writers Don Pierson and Dan Pompei in the Chicago Bears Centennial Scrapbook—the second highest slot for a player who has not been voted into the Hall of Fame.

The Tribune reported that the McCaskey family has vowed to cover the cost of the fully loaded wheelchair McMichael needs. “Bears fans should be proud of the way they’ve stepped up,” McMichael told the newspaper. “In my entire life, I haven’t paid as much for a car as that thing is going to cost.”

In addition, friends have set up a GoFundMe page for the McMichaels to “help defray the mounting costs of Steve’s daily care and medical needs.” The McMichaels—Steve, Misty and their 13-year-old daughter, Macy—hope to move into a handicap-accessible home.

Fans are encouraged to send their memories, well wishes and/or support to McMichael using the form below.