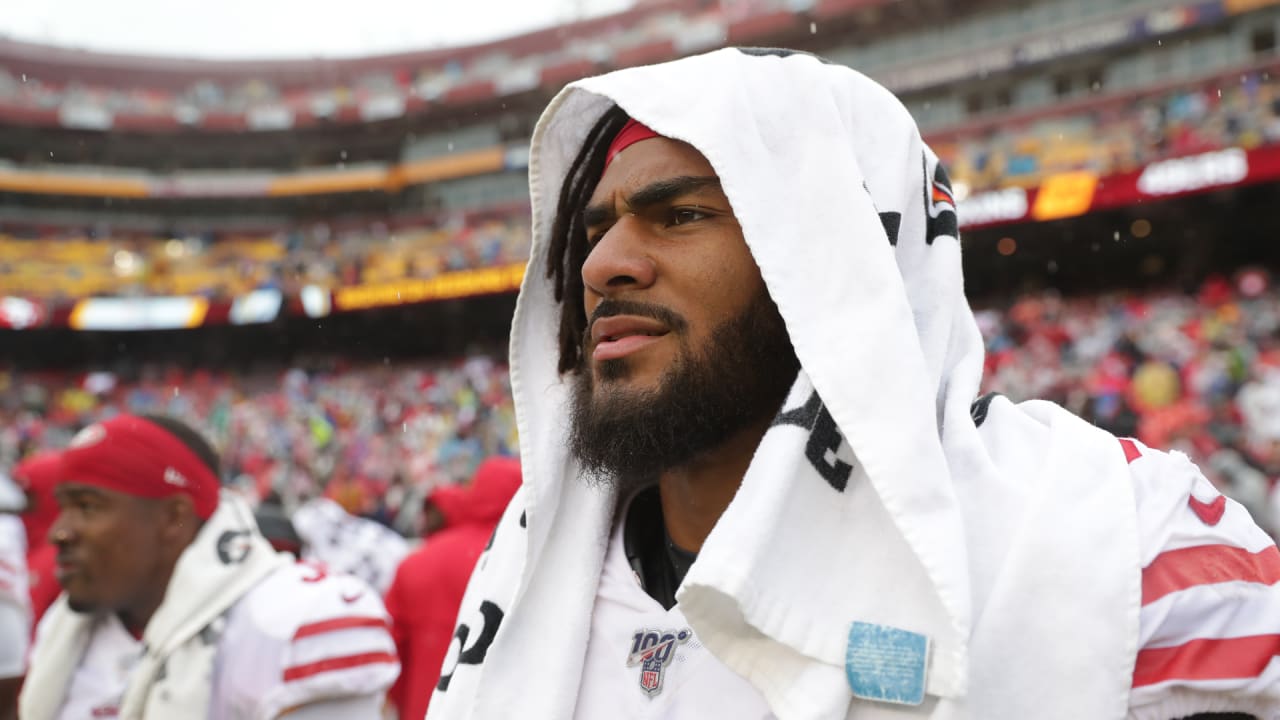 The past few months have been a whirlwind of emotions for Fred Warner and his family. This week, Warner was signed to a record-breaking deal to keep the linebacker in San Francisco through the 2026 season. Warner’s contract was due as the former third-round pick quickly inserted himself into the conversation as one of the league’s top linebackers in just three short years.

His efforts since being drafted by the 49ers are a quintessential model for the aspiring career of Warner’s younger brother, Troy. The siblings were a part of BYU’s defense together from 2016-17 with Fred as a budding linebacker and Troy, a versatile defensive back.

As Fred’s rightfully earned contract extension took shape, it was an emotional moment for his family, including Troy, who will now embark on an NFL career of his own. Troy signed with the Los Angeles Rams as an undrafted rookie this spring with the hopes of landing a spot at safety this fall.

Since joining the 49ers in 2018, Fred has epitomized “leading by example,” both on and off the field. The All-Pro linebacker believes the same premise applies at home as well, even if that means his brother is now a division rival.

“It’s super exciting when I was able to share the news with him. He almost made me cry,” Fred explained. “But I would say it is motivation to him. And what I always tell him is, you don’t focus on the end goal. That’s obviously what you’re trying to strive for one day, but the goal right now for him is to be the best version of himself heading into training camp. It’s a tough road ahead for anyone in that position. But he’s going to have every opportunity to go out and do his thing and ball out.