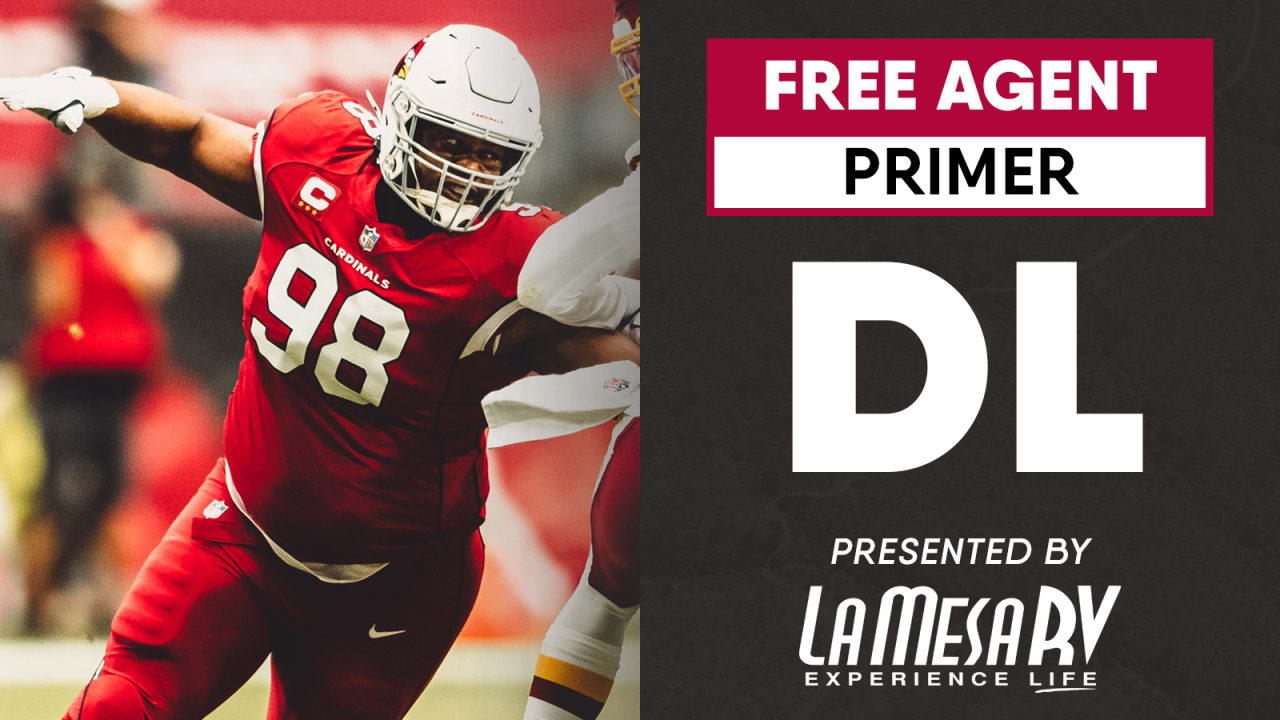 The Cardinals cannonballed into free agency, signing J.J. Watt to a two-year deal. The work isn’t done, as GM Steve Keim must fill other holes on the roster this offseason. The new league year begins on Wednesday, March 17, with the legal tampering period opening on Monday, March 15. We will break down each position group as free agency draws near.

Other free agent primers: CB I WR I LB I TE

Analysis: The Cardinals already addressed this position group in free agency, and in a monster way, by signing Watt. He will headline the group, and the team is hoping for a bounceback from Jordan Phillips, who was plagued by injuries in 2020. Both are capable of getting consistent interior pressure, which is something the Cardinals have lacked since the departure of Calais Campbell.

Zach Allen, Leki Fotu and Rashard Lawrence are also expected to have roles, so the Cardinals are in pretty good shape on the line.

Run-stuffer extraordinaire Corey Peters, who has been a mainstay with the team since 2015, is an impending free agent. The 32-year-old suffered a season-ending knee injury in November, and it’s unclear when he will be fully healthy, but he has always been a good fit within the organization.

Angelo Blackson is a looming free agent after having some nice moments with the team in 2020, while late-season addition Domata Peko is also scheduled to hit the market.

The Cardinals did their heavy lifting at this position with the acquisition of Watt, so any additions will likely be depth pieces.