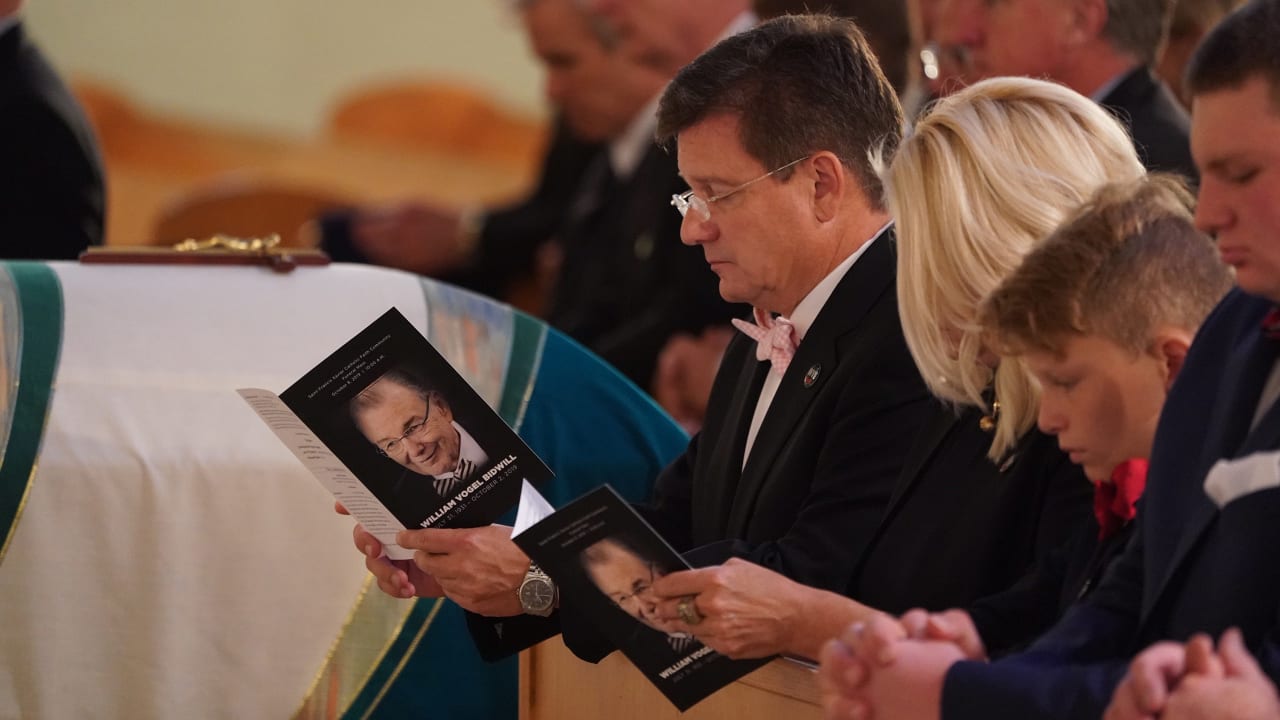 Goodell spoke about the time Bidwill was caught in New York on 9/11, having gone to league meetings there and going to the NFL’s Manhattan office that day.

“The Twin Towers had fallen, the city was literally shut down, and nobody knew what would happen next,” Goodell said. “Bill stayed in our offices, speaking to our staff with a personal touch that comforted many employees. No long speeches, just a reassuring confidence that we would overcome this challenge.”

“In 2019, it is trendy and fashionable to talk about inclusion and the importance of gender and racial equality, but as evidenced by the signature bow tie that so many of us are wearing today, Mr. B never had much interest in being trendy or fashionable,” Fitzgerald said, drawing a laugh.

But it was Michael Bidwill’s words at the end that pulled back the curtain on Bill Bidwill a bit, talking about Bill’s love for his Georgetown Prep boarding school and all that it taught him, the times when he visited his sons at that same school and when he showed up unexpectedly to drive daughter Nicole home from college after a particularly difficult semester, and the advice he’d give his kids on major life choices.

Michael Bidwill told the story that Bill Bidwill called a family meeting in 1987 in St. Louis, and told his wife and kids it would be a family decision whether he should move the franchise to Arizona, knowing the impact a move would have on all of them. (They voted unanimously to move, Michael added.)

Until his illness forced Bill to stop traveling, Michael said, Bill never missed a league meeting or a Cardinals game.

“His firm imprint on the culture of the Cardinals and our family will carry on. He was kind, generous and loyal, all qualities the world could use more of today.”