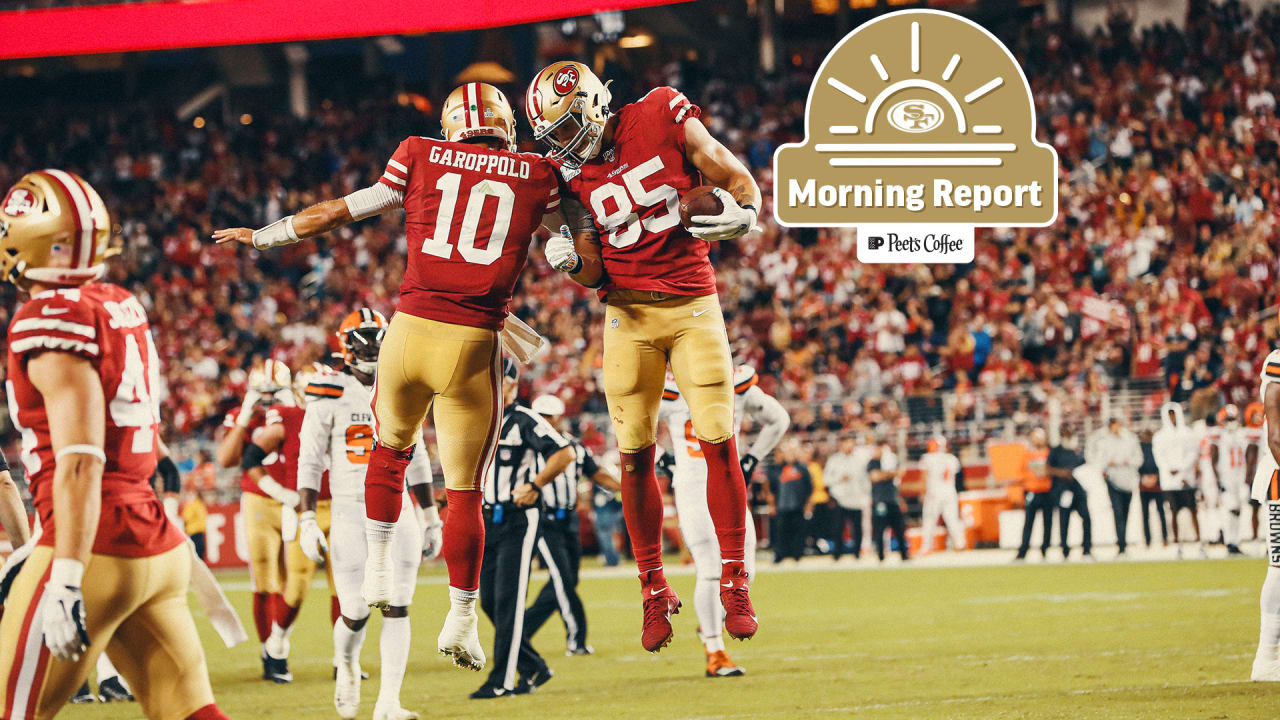 Can you explain how the run game can set up the passing game for success?

“The run game and the pass game aren’t mutually exclusive. They both work for each other. When the run game is going well, a lot of defenses have to add a player close to the line of scrimmage and that leaves them vulnerable to pass plays and vice versa. If you’re passing the ball well, you get safeties deeper and your run angles and your combinations work better. I’d say they both play off of each other and that’s something that Coach Shanahan has done in his offenses – it’s one of the things he’s best known for.”

What does TE George Kittle bring to the run game?

“George Kittle is starting to get the credit he deserves as one of the best players in the run and pass regardless of position. His presence not only makes defenses worried about him in the pass game, but his football foundation started with the run game so he’s a player that we use at the point of attack a ton. When he’s out there, he’s very impactful on the run game in its entirety.”

Read the full interview in the February edition of the WON Digital Magazine.