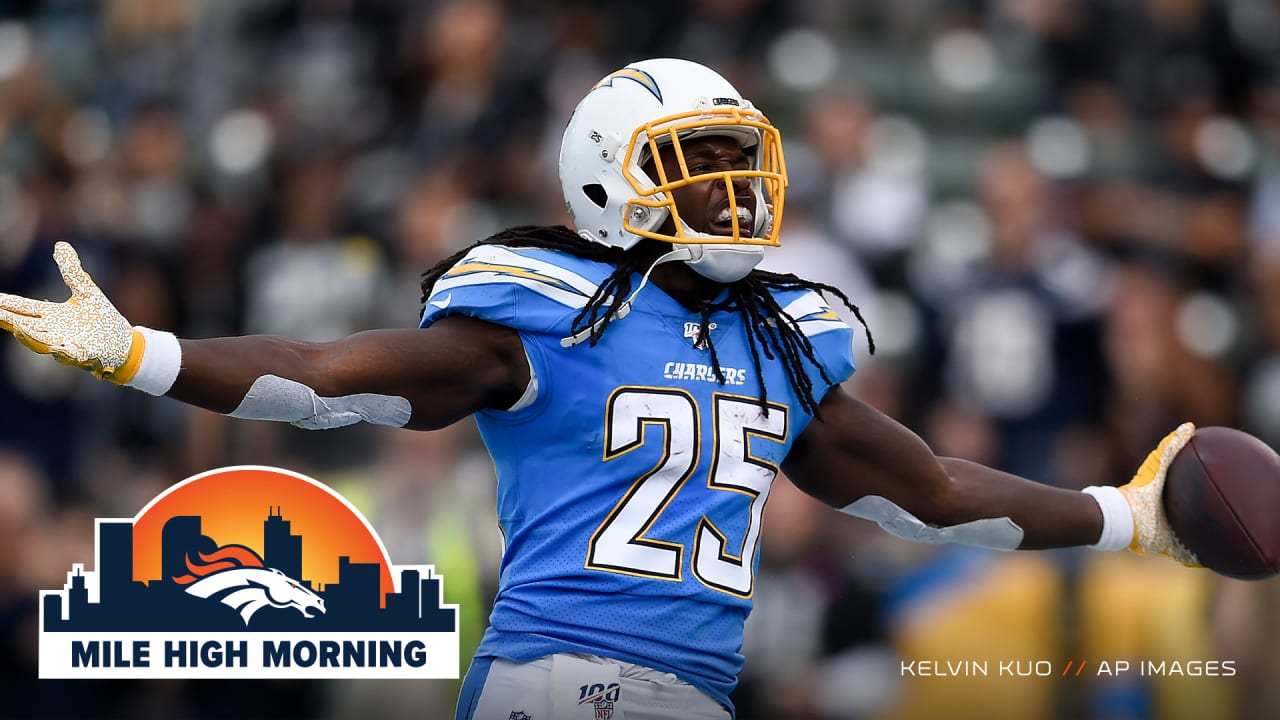 If you want to learn about new Broncos RB Melvin Gordon, look no further than NFL Network on Tuesday.

As the selection to guide this week’s Player’s Choice schedule, Gordon has picked out several games, “A Football Life” documentaries and other features to run on NFL Network throughout the day.

It begins at 2 p.m. MT with the 2015 edition of “Hey Rookie, Welcome to the NFL,” which documents Gordon and several other incoming rookies as they prepare for the draft.

At 2:30 p.m., you can then catch the best single-game rushing performance in NFL history as NFL Network replays Adrian Peterson’s 296-yard game against the Chargers.

After a 4 p.m. re-airing of the Chargers’ last-second win over Kansas City in 2018, Gordon picked out two of his best games to broadcast. At 6 p.m., there’s a thriller against the eventual NFC champion Falcons in which Gordon scored three touchdowns. Then at 7 p.m., you can watch his best rushing game of his career: a 196-yard performance in a 43-35 win over Tennessee.

At 9:30 p.m., Gordon selected a replay of Super Bowl XLI, in which Peyton Manning and the Colts defeated the Bears.