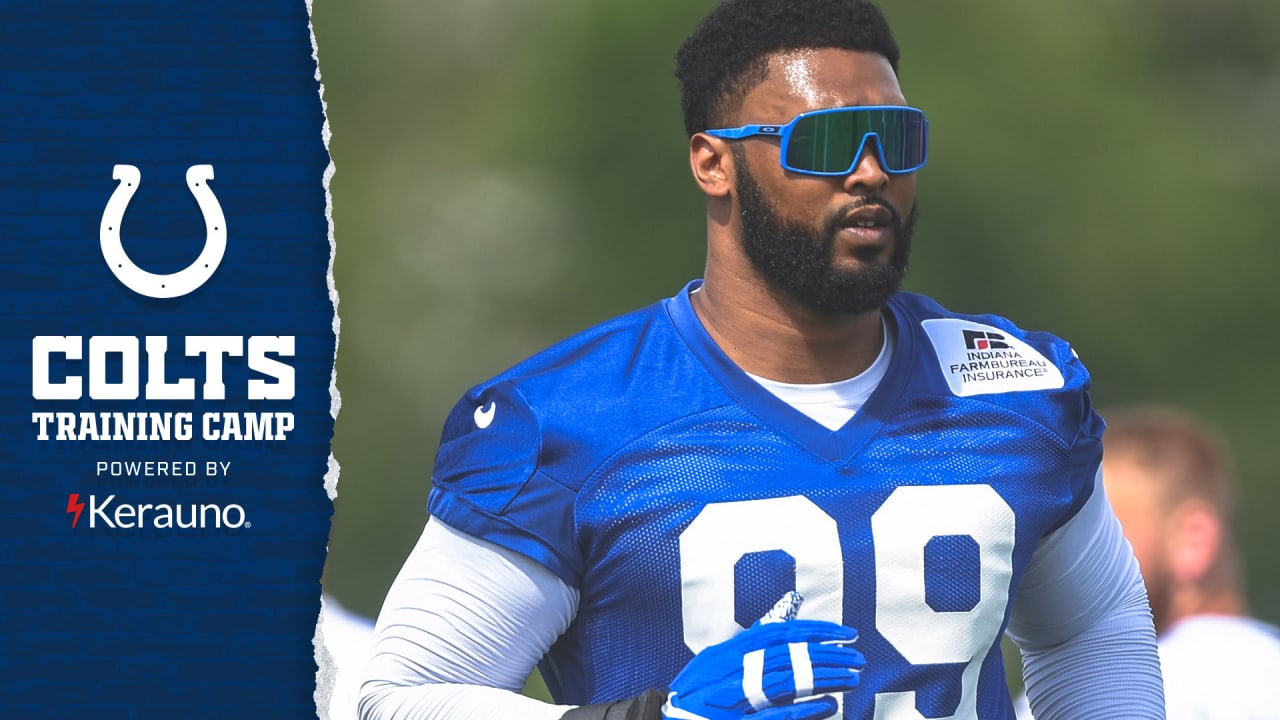 Here are a few things you should keep an eye out for at Grand Park over the next couple weeks:

What foundation does Carson Wentz build for the regular season?

All eyes will be on Wentz in Westfield in July and August as he ramps up for his first season with the Colts. There’s a lot for Wentz, the Colts’ coaching staff and his offensive teammates to accomplish to prepare for Week 1’s home date against the Seattle Seahawks, and it’ll be fascinating to see how the offense progresses from the first to final practice at Grand Park.

For Wentz and coach Frank Reich, it’ll be an extended opportunity to prep together after the two spent 2016 and 2017 with the Philadelphia Eagles.

“Where we picked up at is that we still totally understand each other,” Wentz said in May. “He understands how I see the game and I kind of know how he sees the game. I think we kind of picked up on that right away and jumped right back in. It’s still a lot of learning and understanding the offenses and just some different detailed things within each play and all that stuff. It’s been a lot of fun. It’s been a lot of fun to work with him again and I’m looking forward to it.”

How does the backup QB battle shake out?

There will be plenty of competition across the Colts’ roster, but one of the more intriguing battles will take place behind Wentz at quarterback. 2020 fourth round pick Jacob Eason, 2021 sixth round pick Sam Ehlinger and former undrafted free agent Jalen Morton will compete to win the Colts’ backup quarterback gig, and all three of those players are on relatively equal footing heading into training camp.

That’s because none of them have ever played a snap in the NFL. Eason was on the Colts’ roster last year but the pandemic wiped out the entire preseason, and with Philip Rivers and Jacoby Brissett ahead of him he didn’t get much practice time as a rookie. Ehlinger played the last four years at Texas while Morton signed a reserve/future contract with the Colts in February.

“Jacob (Eason) is in that position right now but this is a prove-it league, right? I mean, he’s in that role but there will be competition,” Reich said after the Colts drafted Ehlinger in May. “We’ll split up the reps. I don’t know how it will be at this point, but everybody will get a chance and we’re excited about Jalen Morton getting a chance as well. We believe he has some talent, so those guys will all get an opportunity.”

Will rookies like Kwity Paye and Kylen Granson stand out?

Shortly after drafting Paye with the 21st overall pick, general manager Chris Ballard said it was an “easy” decision to select the Michigan defensive end.

“Kwity has got really good tape and he fits our scheme really well,” Ballard said. “The one thing with him – the effort that our players defensively – it’s an adjustment for new players that come into the building whether they’re rookies or free agents. It won’t be an adjustment for him. He plays the way we want to play.”

Paye will have an opportunity to build a foundation ahead of his rookie season over the next few weeks; the same goes for Granson, a player who brings a different dimension to the Colts’ tight end room.

“We are very excited about Kylen and what he brings, the dimensions he brings,” coach Frank Reich said. “When you watch the tape, you see he is explosive. He has explosive speed, he has quickness, foot and body quickness. He’s also dynamic with the football in his hand as a tight end, which that can be a great element for our offense.

“We like to think we know what we’re doing when we’re using that position, but I think he’ll complement the other guys well. Very versatile, we can put him in the backfield. This is a highly intelligent player. That room is a very productive room and they need to complement each other and I think he adds an important piece to our offense.”

How do Kemoko Turay and Parris Campbell look?

There are plenty of players to watch during training camp, but I want to highlight two talented former second round picks who’ve encountered brutal injury luck the last two seasons in Turay and Campbell.

Ballard said earlier this year the Colts believe they’ve fixed the issue with Turay’s ankle, and he’ll have an opportunity to compete for a prominent role in 2021.

And Campbell, who now is wearing No. 1, looked quick and confident during OTAs this spring. The Colts believe he still has tremendous upside and can be a weapon on their offense in 2021 as long as he’s healthy.

“Some of these injuries are just freak injuries,” Campbell said. “But it’s definitely been frustrating, but I’m also motivated for what’s ahead.”

What do the Colts get out of joint practices with the Carolina Panthers?

The Colts will hold two late afternoon joint practice with the Panthers on Aug. 12 and 13, and those should be some of the most competitive and exciting days of camp.

It’ll be the third time the Colts will take part in joint practices during Reich’s four seasons (Ravens, 2018; Browns, 2019).

“Getting a chance to compete against other players and getting to see our guys against (them),” Reich said in 2018, “it really helps us in the evaluation process more than anything.”