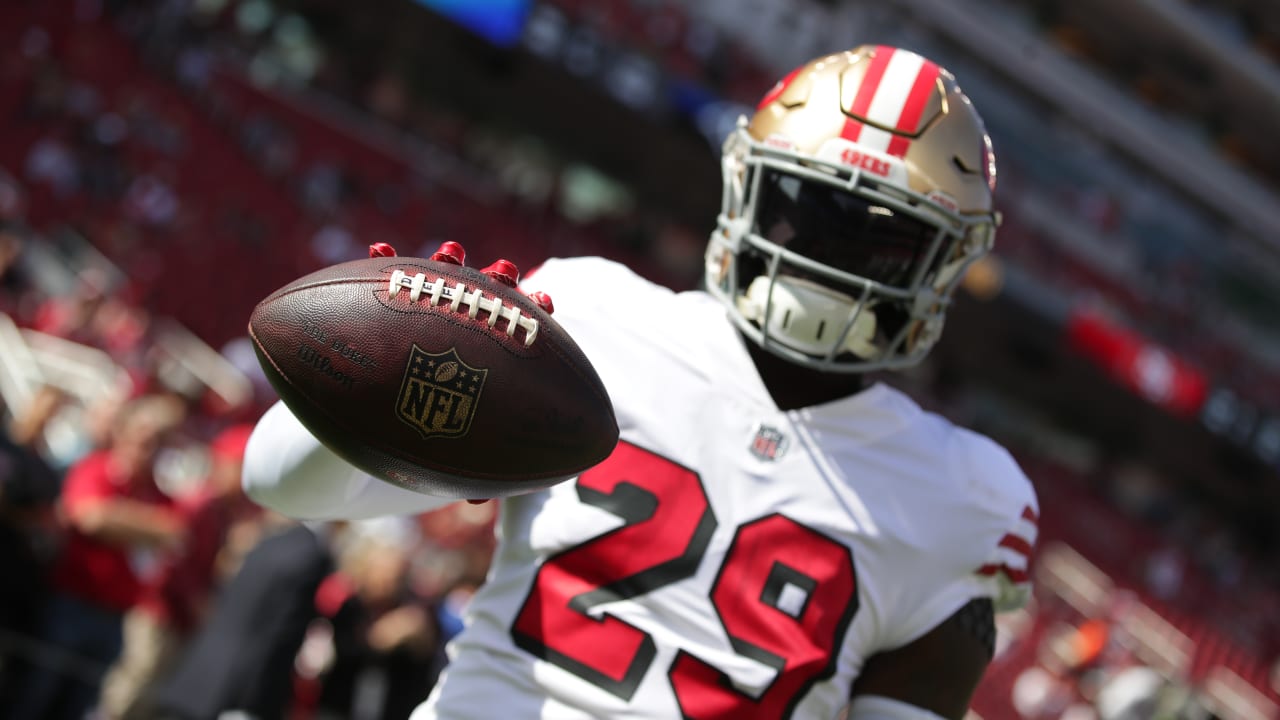 Was it ever your goal to make it into the NBA opposed to being an NFL player?

Coming out of high school, I used to say, “Man, I want to be in the NBA.” Then I ended up going to school for football. The moment I redshirted during my freshman year, I was like “They redshirted me? I’m going to quit and play basketball again.” But it was all a part of the process. I’m grateful that that happened, too, because, honestly, I wasn’t ready as a freshman. I’m glad that happened. It worked out perfectly.

Coming from a smaller school, did you ever feel like you had to work twice as hard to get to where you are?

When I got redshirted my freshman year in college, I hit up my former high school teammate and friend (49ers defensive back) Jimmie Ward. He attended Northern Illinois and was balling as a redshirt freshman there. So, I’m thinking, if go to a small school and get redshirted, then the NFL is definitely not in my plans. I figured, I’m just going to get my degree and find a normal job. Jimmie was like “Dude, you’re tripping. You can make it to the NFL, too.” I was like “No, they redshirted me, bro. I’m just going to get a degree and find a job.” He kept saying, “Man, I still think you can make it.” Then my redshirt sophomore year, I played so well that I did the NFL inquiry and they gave me a second-round grade. So, it was possible I could have gone into the NFL Draft my redshirt sophomore year. But I always felt like I wasn’t ready. I ended up playing that next year and tore my labrum. Because of that, I stayed all four years. I think that situation helped me, especially being at a small school. It helped me get noticed. I could have gone to Mississippi State on a late offer, but I was already committed to Samford. I remember talking to a scout and he said I need to make sure I stand out on film. I need to be the best player on both teams. That’s something I kept in mind.

Coming from a small school like Samford, do you feel like you play with a chip on your shoulder?

I feel like I always play with a chip on my shoulder because I feel like I’ve always been overlooked, when in reality, I don’t really care about being recognized. I kind of make-up things in my mind to keep me motivated. It’s just how my mindset is. They’re sleeping on me so I’m going to let them know what I can do. And being able to be out there my first game back, I just want to show them what I can do when I’m healthy. That’s the biggest thing for me is staying healthy and staying on the field and showing people that I can play the game of football.

During your tenure with the 49ers, you’ve played under a number of general manager-coaching combinations. What’s different about John Lynch and Kyle Shanahan?

You’re looking at John, a future Hall of Famer who played the game. Then Kyle, also played and grew up around the game with his dad being a head coach. Just getting those two together feels like a once in a lifetime thing to happen. With Kyle’s knowledge on offense, and then John with his NFL background, they get it and they understand. And that’s perfect for players having that as a head coach and a GM. It’s really amazing. Sometimes I feel like, “Man, I’m here. I get to see John Lynch and Kyle Shanahan.” When I play Madden, that’s who I am. I’m pretty much Kyle Shanahan when I’m on offense. I have my moments sometimes, I’m a fan. That’s my coach!

Tags: my school was