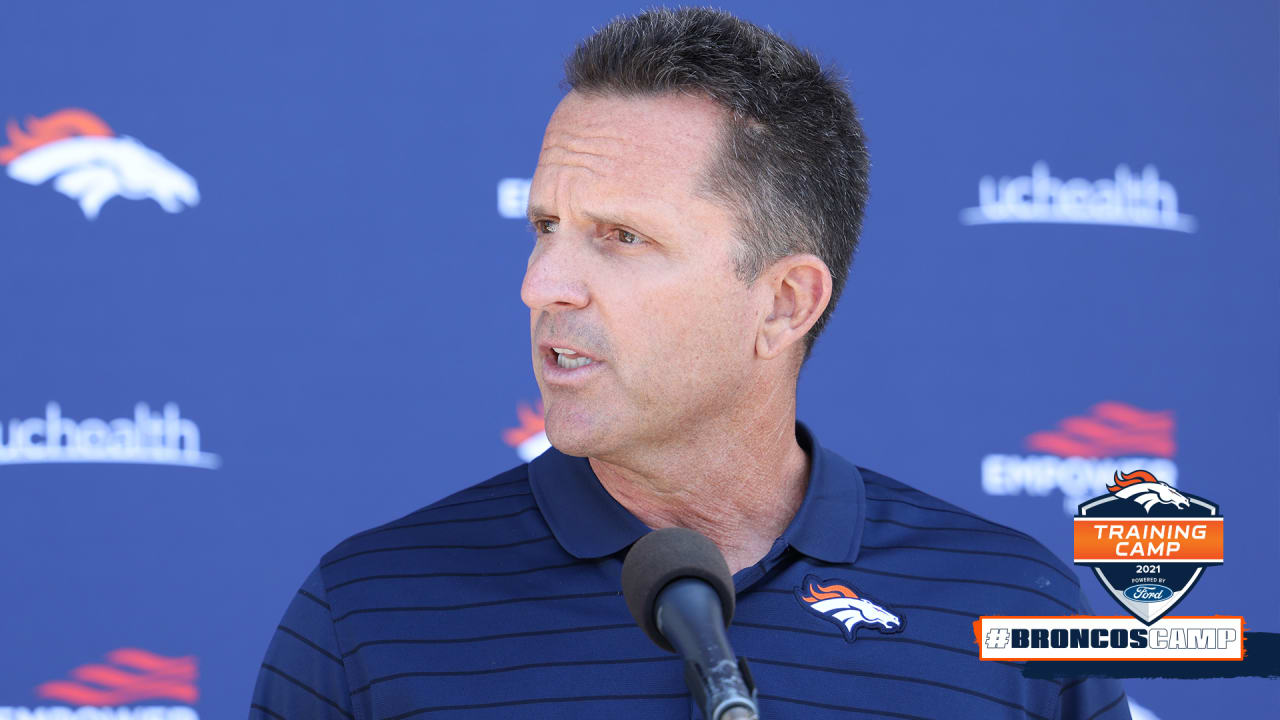 EAGAN, Minn. — As the Broncos near their first preseason game, General Manager George Paton said Denver is “on the right track” as they hold a quarterback competition between Teddy Bridgewater and Drew Lock.

“I think they’re both doing a really good job,” Paton said Thursday ahead of the team’s second joint practice with the Vikings. “We’re happy with both. You can see: Some days it’s Drew, some days it’s Teddy. These guys are working hard, they embrace the competition, which I really like and I know [Head Coach] Vic [Fangio] likes as well. So I think we’re on the right track with both these quarterbacks.”

Paton said there remains no time frame to make a decision on the starter, saying he hopes it happens “organically.” Paton also reiterated that the decision will be made by Fangio, and he and the coaching and scouting staffs will serve as a “sounding board.”

“We really like the competition,” Paton said. “We’ve got a hell of a competition going on right now. Both guys are working their butts off, and I think it’s going to bring out the best of both quarterbacks.”

Paton said despite the focus on the quarterback position, the Broncos’ roster needs to also play better around the signal caller. He added that he is not worried about where the team stands at the game’s most important position.

“We all want to get that [franchise] quarterback,” Paton said. “Obviously you need one to get to where you want to go. I don’t look it as pressure, I look at it as a challenge and we look forward to the challenge. We do think we have two really good quarterbacks here. We may have that guy here. So we’re not panicking. We’re going to build this team and the foundational players and hopefully we have a foundational quarterback here in our group.”

Paton also emphasized his understanding of the importance of finding a franchise quarterback after comments to NBC Sports’ Peter King about selecting Pat Surtain II.

“Plus — and this is not why we did it [draft Surtain] — but quarterbacks are available more than franchise corners every year, at least the last couple of years,” Paton told King.

Paton clarified Thursday that while the “quarterback position is the most important position in sports,” the Broncos selected Surtain because he was the best player available.

“I hope that didn’t get [mis]construed with that comment,” Paton said. “And that didn’t have any impact on our decision. We made our decisions because we thought Pat Surtain was the best player at that time in the draft. We took him, we’re happy, we’re moving on. We liked the other players, we hope they do well, we wish them well — but for our team, at that time, it was Pat Surtain.”