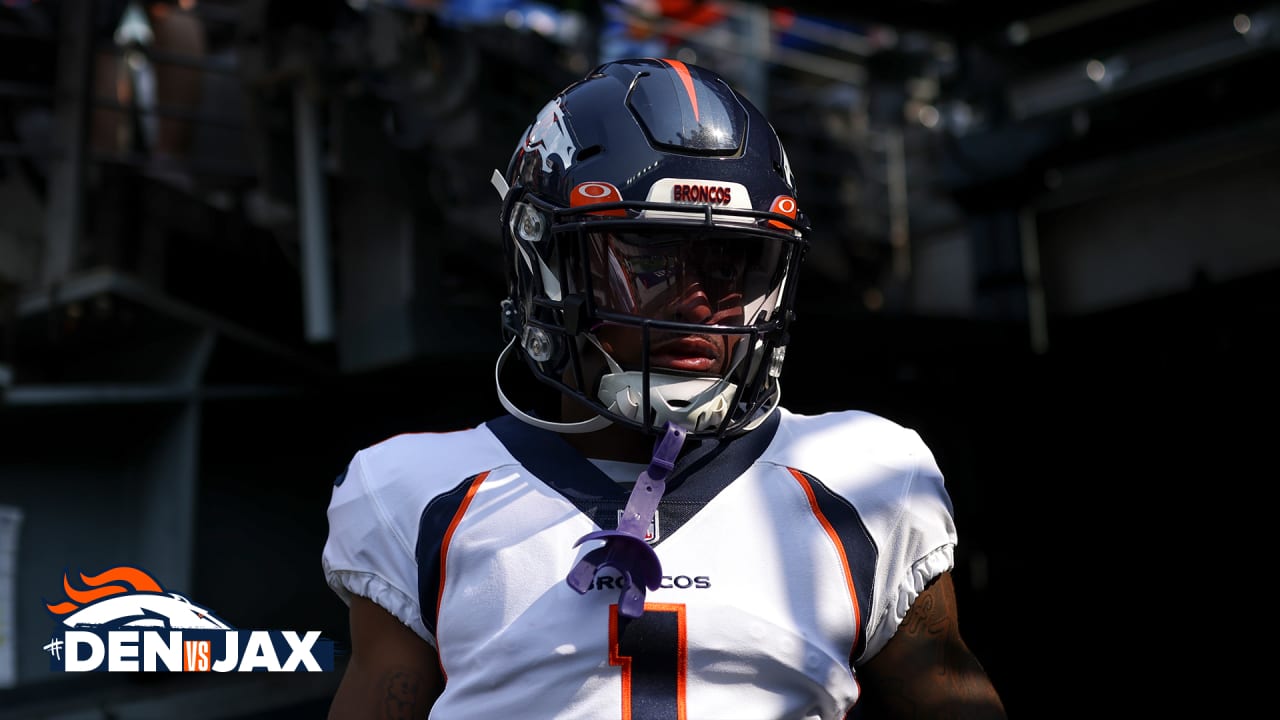 SURTAIN STEPPING INTO A STARTING ROLE

Like Hamler, rookie cornerback Pat Surtain II will get a bigger role on Sunday against the Jaguars.

Veteran Ronald Darby was placed on injured reserve on Tuesday, and Fangio said Wednesday that Surtain will move up into that starting cornerback spot. Even in sub-packages, Fangio said, Surtain will stay outside.

“I’m going to approach it like a regular week, getting out here and getting prepared, taking it day by day and working hard in practice,” Surtain said. “I guess it’s a new opportunity for me to step in and fill in the role, so I’m going to be ready.”

Surtain’s first game experience was certainly one he’ll learn from. While most of his 16 snaps were largely uneventful, he allowed Sterling Shepard to make a 37-yard catch-and-run for a touchdown.

On Wednesday, Surtain said that his study on Shepard had prepared him for that route and that he should have anticipated it to play it tighter.

“I should have known that route was coming based off his stem,” Surtain said. “I could have squeezed it and sort of, like, initiated it earlier and made it, you know, had tighter coverage on it.”

Now, Surtain will face an even bigger test as an outside cornerback that will play on most, if not all, of the defensive snaps. And regardless of that one error, he’ll have to trust himself to be the player the he knows he can be and that his teammates know he can be.

“Just be you. Do what’s got you here,” safety Justin Simmons said Wednesday when asked what advice he would give Surtain ahead of his first start. “He’s proven that he can play at the highest level with the best of ’em his whole career, his whole football career. And playing in the NFL’s really, for him, going to be no different. He’s got a great pass rush. The ball’s going to be having to come out fast. He’s got guys like Kareem and myself to be able to kind of direct traffic and make sure he’s comfortable. And communication is going to be the biggest thing that keeps him at ease. Any part of him being out there in large part is not just on him. It’s on us as a secondary, and we’ve got to make sure that we’re doing all that we can to help him.”

Tags: he his surtain