The Los Angeles Rams have Aaron Donald and his two NFL Defensive Player of the Year awards. The Arizona Cardinals have Chandler Jones, he of an NFL-high 96 sacks since 2012. The San Francisco 49ers have Nick Bosa, the reigning Defensive Rookie of the Year. 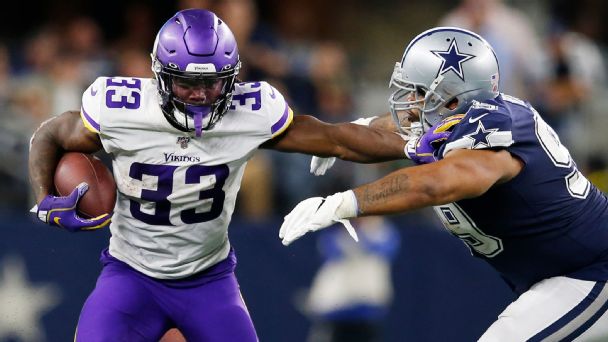 The Seattle Seahawks have … a handful of defensive linemen who range between good, promising and unproven, with no Pro Bowls and one season of double-digit sacks between them.

The rest of the NFC West helps put into perspective what the Seahawks are trying to do: improve what was one of the league’s least effective pass rushes in 2019 without a top-shelf player as an obvious primary threat.

A healthy Jadeveon Clowney would qualify, but the best chance of a return to Seattle has come and gone. Everson Griffen is another established pass-rusher who is still available, but the Seahawks don’t seem inclined to make any more additions unless they’re on the cheap, especially since the recent signing of Carlos Hyde further dwindled their budget.

With summer approaching, the biggest question facing the Seahawks is whether they can mount a championship-caliber pass rush or even an adequate one with their current cast of defensive linemen.

A lot would have to go right:

Here’s one way to look at the two-year, $23 million deal Reed signed in March after testing free agency: The $11.5 million average roughly splits the difference between the market for defensive tackles who only stop the run (think Shamar Stephen at $4.15 million APY) and those who can also get after the quarterback (think Fletcher Cox at $17 million APY).

Reed has been something in between — an excellent run defender over his four NFL seasons who excelled as a pass-rusher in 2018. His 10.5 sacks that year were tied for fourth most among defensive tackles. He has combined for five sacks in his other three seasons, including two last year after returning from a six-game suspension.

One NFL talent evaluator who was assessing Reed’s 2019 season noted that interior pressure often comes from defensive tackles working in tandem with the ends. That requires familiarity. Reed had it in 2018 with Frank Clark and did not have last season with Clowney, who arrived right before the season as Reed’s suspension was beginning. Reed and Seattle’s D-end additions will have less practice time to gain that familiarity than they would in a normal offseason.

Irvin (one year, $5.5 million) had 8.5 with the Carolina Panthers despite a pass rush win rate of 11.1% that ranked 63rd among qualified defenders, according to ESPN charting. For context, that’s less than half of Clowney’s PRWR of 24.8%, which was fifth best in the league. Irvin ranks 81st in PRWR over the past three seasons at 11.6%. He is a candidate to play strongside linebacker on early downs, like he did during his first stint with the Seahawks (2012-15). That would fill a need on Seattle’s defense but would limit Irvin’s opportunities to get after the quarterback.

Mayowa (one year, $3.05 million) had seven sacks with the Raiders last season despite playing only 302 defensive snaps as a rotational player. On one hand, he should have ample opportunity to match or surpass that total as Seattle’s projected starter at Leo end. Then again, perhaps a specialized role was part of the reason for his success with Oakland; all seven of his sacks came on third down, and 6.5 of them came with at least six yards needed for a first down.

Irvin will turn 33 in November, while Mayowa will be 29 in August.

The Seahawks remain optimistic on Collier even though they got next to nothing last year out of their 2019 first-round pick. The strides that Green made in his second season help explain why.

The Seahawks had one of the NFL’s least effective pass rushes in 2019. That was with Jadeveon Clowney, now a free agent, posting the league’s fifth-best individual pass rush win rate.

*Measures opponent dropbacks on which the QB was sacked, under duress or hit

Green had four sacks to lead the team while playing the third-most snaps of any Seattle defensive lineman in 2019. That was after a nondescript rookie season of his own as a third-round pick the year before.

It was a reminder that some players take time to develop. Green had some physical maturing to do after entering the NFL at only 20 years old. The Seahawks believe Collier’s lost rookie season was a largely a product of all the reps he missed over the summer after injuring his ankle, a major setback in the development of a player who was only a full-time starter for one season in college.

The Seahawks need Green to continue to ascend and for Collier to follow in his path. The fact that Branden Jackson is the only other 5-technique end on their roster is an indication of how much the Seahawks expect Green and Collier to play in 2020.

Irvin’s eight-sack rookie season in 2012 helps define realistic expectations for Taylor and Robinson. That was one of only 16 times over the past 10 seasons in which a rookie recorded eight or more sacks. Ten of those 16 players — including Irvin — were drafted in the first half of the first round.

The Seahawks traded up in the middle of the second round to take Taylor 48th overall after considering him at No. 27. And while Robinson had the college production and measurables of someone drafted earlier than No. 148, fifth-round picks are usually not even guaranteed to make the team, let alone make a significant impact right away.

Taylor and Robinson project to rotate behind Mayowa at Leo end. Based on recent history and the challenge that all young players figure to have getting up to speed in a condensed offseason, the two rookies combining for something close to eight sacks would feel like a bonus.