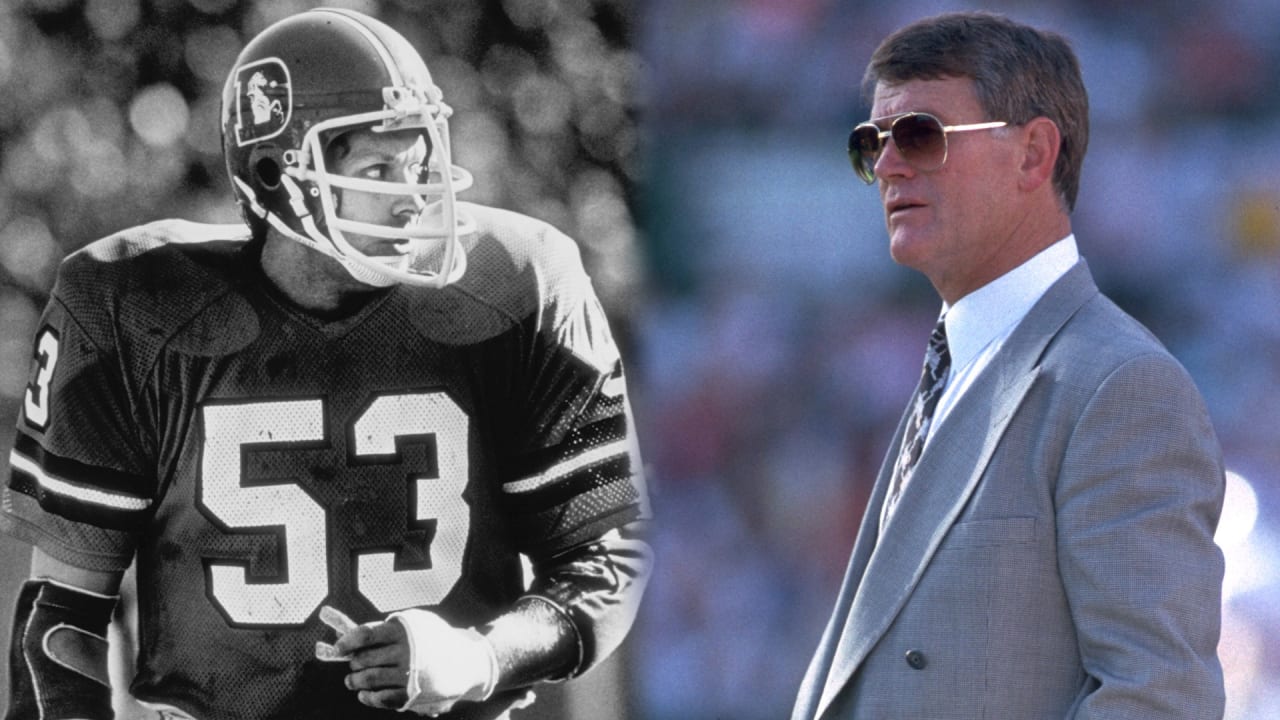 On Wednesday morning, 10 senior former NFL players, three contributors and two former coaches will receive the news that they’ve been elected for induction into the Pro Football Hall of Fame as part of the Centennial Slate in celebration of the NFL’s 100th season. Former Broncos linebacker Randy Gradishar and former head coach Dan Reeves are among the 38 finalists.

Jeff Legwold, who covers the Broncos and the NFL for ESPN, gave the formal presentations for Gradishar and Reeves and also served as one of 25 members of the blue-ribbon panel that voted on the candidates. After the final discussions were held at the Pro Football Hall of Fame in Canton, Ohio, we spoke with Legwold to hear how the panel approached the process and how the candidacies for Gradishar and Reeves were perceived by the group.

What was the process like working with the rest of the panel going from a large list of nominees down to 38 finalists and then, ultimately, to the vote that happened recently?

“There were several conference calls during the season, and each call would address one part of the list every time. So there was a time when we did the coaches on a call, there was a time we did contributors on call and there were calls specifically devoted for the seniors candidates, too. I think the list was almost 300 players, the original list. There was a nominating process; once the panel was named, you could name or nominate any person you wanted to be on the list to be considered. So that was all done, and people who had been finalists before were added and all those things. I think the list was almost 300 names, and most of the season was spent taking that list all the way down to 38 we considered in Canton this week. So each of those 38 got a formal presentation and discussion and argument and as much time for any and all comments for each of those people were taken and given for that. Then we did the voting. Once we voted, we don’t know who is in or not; we just voted and that was it. The accountants take the votes and that’s all. It was most of or all of Wednesday. It took most of the day.”

As one of the 25 members on the blue-ribbon panel who voted on the Centennial Slate, how does it feel knowing your vote counted just as much as Bill Belichick’s or John Madden’s?

“I will say it was an odd experience being in the room with that group of people. We took a picture at the end of the day. Ozzie Newsome’s there, Ron Wolf, Bill Polian, Bill Belichick; John Madden was on the committee. It was a big task, and I think everybody, all of us, felt like at the end of it, it was an enormous undertaking and really, really difficult. That’s what I left with: It was a good group to be a part of, but the process itself was really, really hard.”

Aside from the honor of it, I imagine there’s a weight to it discussing senior players who have often been overlooked or under-appreciated.

“Yeah, the senior candidates especially. I’ve been on the senior committee a while, as well, so I feel like I have a good understanding of that list and how many people are on it. When we started all this, I believe there were 68 players who had been named first- or second-team all-decade players, who are in the senior pool right now, which is an immense number. There were, including Drew Pearson, who was on the list of finalists, there are seven first-team all-decade players who are on the senior list. That list has always been a priority for me and it was a big reason — probably the reason — that I agreed when asked to be on this panel, that I would do it, because in my mind the seniors should have had more spots, but the Hall of Fame board of directors makes that call. The senior list is very important to me, and it was really difficult. For a lot of those guys it may be sort of their last, best shot if they played in the ‘20s or ‘30s or something. I’m not sure; I think they’re going to have a harder time getting back in the mix as the backlog even grows every season.”

In particular, there are two Broncos finalists — or three, if you count Mac Speedie. In regards to Randy Gradishar and Dan Reeves, were you able to get a sense of the reception for them from the rest of the panel?

“I think when you were looking at that list of 38, I think you’d be hard-pressed to say you couldn’t put all of them in the Hall of Fame at some point. It was a pretty stringent list, and the choices are brutal, I think, in my mind. But there’s always been a lot of support for Randy’s candidacy, and I always continue to think he’s going to get in the Hall of Fame at some point. But until the votes are in, I don’t know. It was a presentation I felt that I worked very hard on and I think there was a lot of good discussion about it. As always, I believe people will recognize him for what he is, which is a Hall of Fame player.

“For Dan, that was the first time Dan’s been discussed in any setting among the committee. So that was really cool to be able to do that. I think the coaches category may be the most difficult, in terms of the cut down, because it was eight finalists down to two spots. That was quite a list of eight, so I have no idea how that’s going to go. I thought there was a lot of awesome discussion about him and that if, say, he wasn’t named in this round, I think there’s plenty of momentum there for him to keep being discussed moving forward. He’s a lot farther along in the process than he was just a month ago. I think ultimately it’s good for Dan. It’s really good if he makes it, but I think ultimately it’s really good for his standing as a potential Hall of Famer that he’s gone through this, because, again, I’m not sure you can be looked at any harder than this panel looked at a lot of candidates.”