ENGLEWOOD, Colo. — The Denver Broncos will field one of the NFL’s youngest offenses this season, with just one player — one — entering his fourth year as a starter with the team. That would be left tackle Garett Bolles, who doubles as the most senior member of the offense and the most criticized by the Broncos’ fan base.

In 48 starts with the Broncos — every game since he was taken in the first round of the 2017 draft — Bolles has been booed, been critiqued, been questioned and had every decision-maker on the team, including John Elway, say he has to play better. He has led the NFL in holding penalties the past three seasons. Yet every week he has started virtually every play at left tackle.

“Our fans are some of the best fans in the country, they deserve the best football,” Bolles said. “Here in Denver, we have a tradition of winning. It’s unacceptable for the way that I played. I take full responsibility of that.”

While the Broncos did not pick up his fifth-year option, they neither selected a tackle in the draft nor signed one in free agency to compete with Bolles for playing time. The plan for Elijah Wilkinson to compete with Bolles evaporated the instant right tackle Ja’Wuan James opted out due to concerns with COVID-19, and Wilkinson moved into that spot.

That makes 2020 a crossroads for Bolles and the Broncos. How he plays in the season to come will determine whether the embattled tackle’s future is with the Broncos or elsewhere.

“I think Garrett has worked extremely hard, and Garrett has a great work ethic, he continues to work hard,” said Broncos guard Dalton Risner. “He’s got a passion for the game, and I’ve got a tremendous amount of respect for Garrett. I love that man, but I also think [offensive line coach] Mike Munchak helps him a ton. The more he gets time with Coach Munchak, the better player he’s going to be. You will probably see a whole new Garrett Bolles this year.”

Bolles has said he tried to do his part in that transformation. He said he added 20 pounds, got stronger and put in the mental work to better handle the criticisms and mistakes that have affected him so often in previous seasons. In his 48 career games, he has been flagged 46 times, including those penalties that were declined, and 73.9% of those career penalties have been for holding. He has finished second, tied for fourth and tied for second in penalties overall.

He did show improvement down the stretch in 2019, however. In rookie quarterback Drew Lock‘s five starts to close out the season, Bolles was flagged just three times and just once for holding. It’s why Risner said he expected to see “lot more” from Bolles this year.

The Broncos like Bolles’ commitment to get stronger and that he’s saying the right things about being accountable for his penalties; in the past, he had blamed officials for targeting him and at times questioned the validity of his penalties.

Still, he has work to do.

“I think he’s done fine,” Broncos coach Vic Fangio said of Bolles’ work in camp so far. “Obviously, he can do better. I think, overall, it’s been a good camp for him thus far, but I still think he can do better than he’s done so far.” 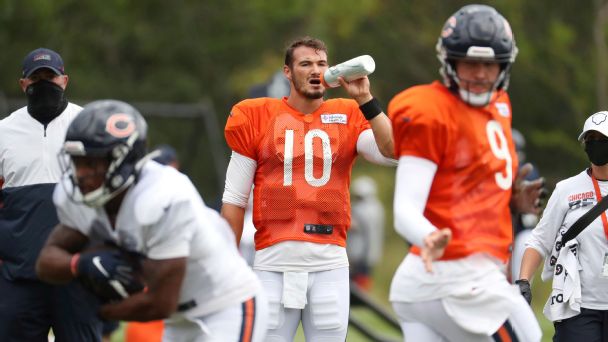 With no fans in the stands, at least for the season opener, Bolles might not hear the boos if the flags come. He said he’s more ready than before to handle his mistakes — as well as people’s reactions to them — in what he calls “a very important season” in his career.

“All offseason, I took it seriously to really work on my mental game and do whatever I can to make myself mentally ready,” Bolles said. ” … When something happens, I can’t physically take that back. If it happens, I have to let it go and move on the next play. I think coming into this training camp, I think I’ve done a really good job of when I make a mistake, I let that mistake go and it’s on to the next play. … I know I’m going to be ready for whatever comes my way.”