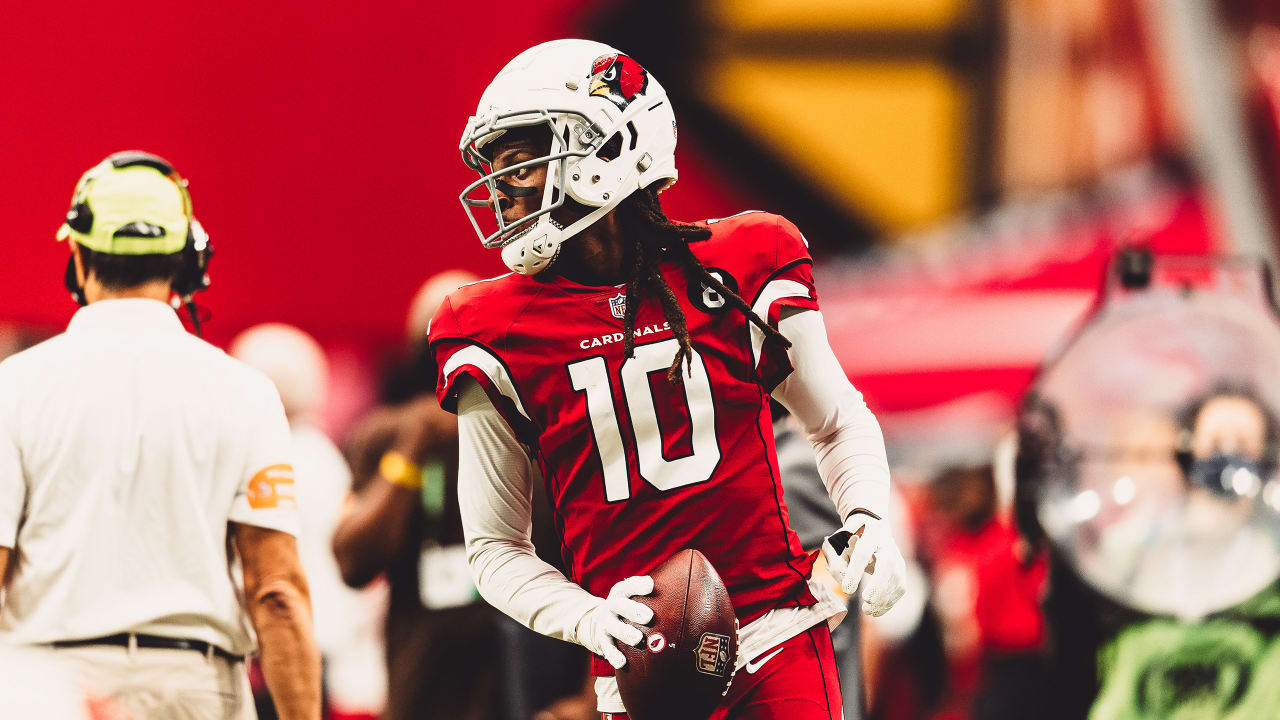 He didn’t practice the entire week because of an ankle issue, but — perhaps not surprisingly — wide receiver DeAndre Hopkins is active and playing Sunday against the Panthers.

Hopkins had tweeted out a gif of himself Saturday about his up-in-the-air status, a move that seemed to indicate Hopkins was optimistic about his status. In his previous seven years in the NFL, Hopkins has only missed two games. He currently leads the NFL in both catches and yards after a fantastic start with his new team.

Kirkpatrick’s availability was important in the secondary given the injury situation at safety. The Cardinals already knew their top three safeties, including Pro Bowler Budda Bakker, would not play. Deionte Thompson and Curtis Riley will start at safety.

The Cardinals will be without starting outside linebacker Devon Kennard (calf), who didn’t practice this week, meaning Haason Reddick should get more snaps after his solid start to the season. Rookie defensive lineman Leki Fotu is active for the first time since the opener, as are both practice-squad callups: CB Jace Whittaker and RB Jonathan Ward.

For the Panthers, they do not have starting left tackle Russell Okung — which could open the door for a big day for All-Pro edge rusher Chandler Jones.